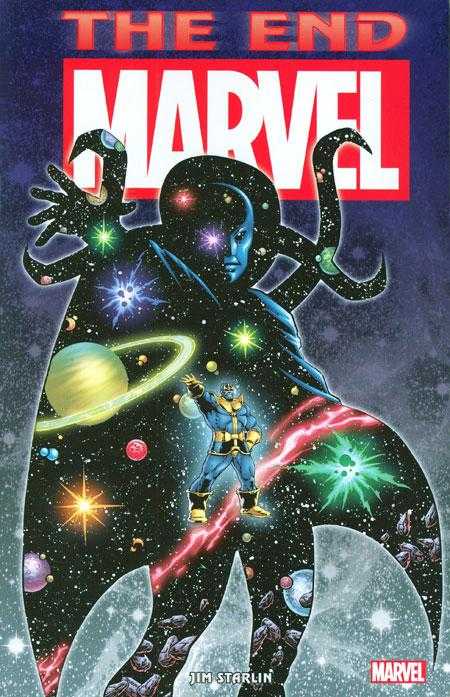 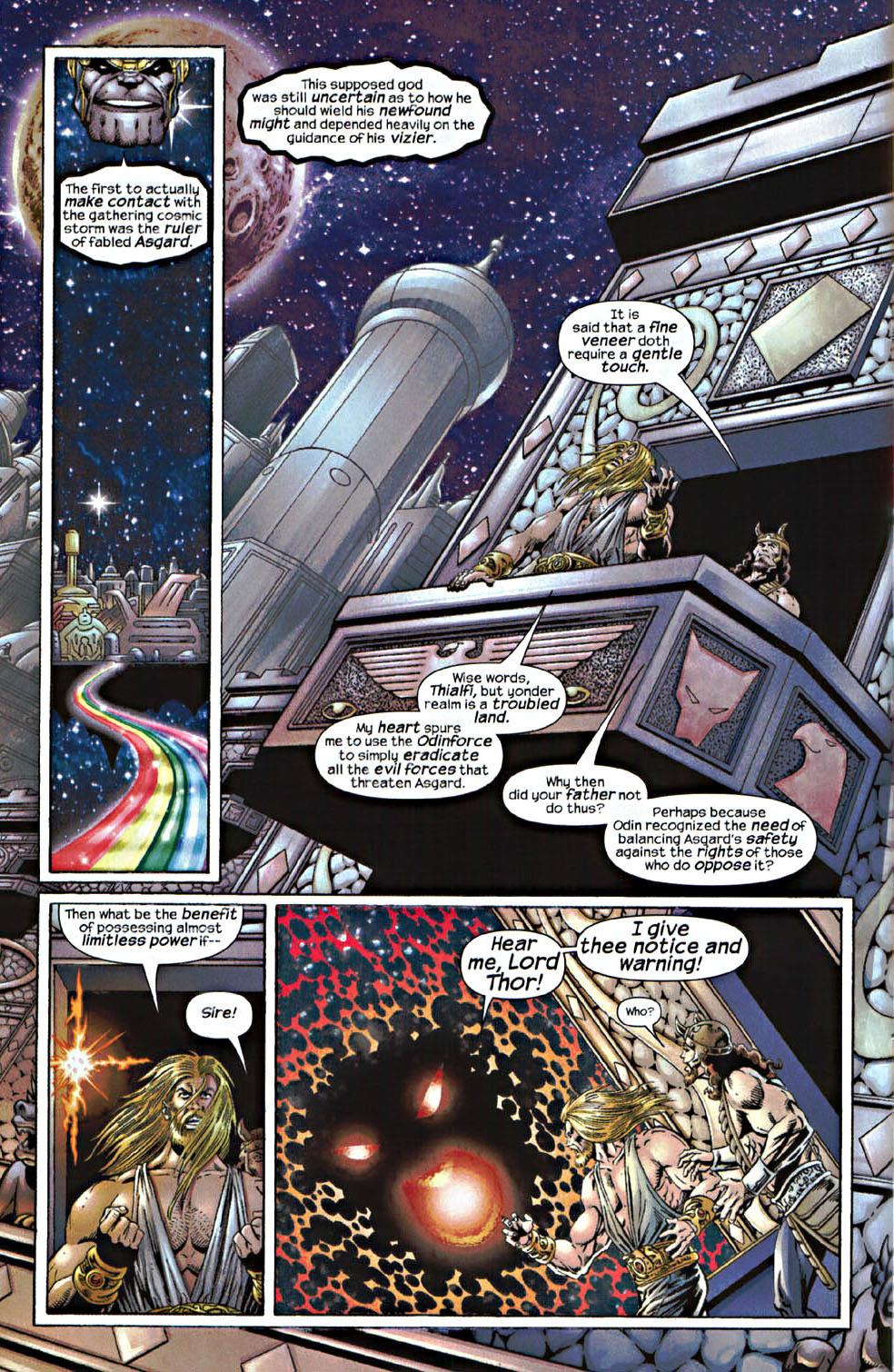 Over numerous series, running all the way back to the 1970s, in Jim Starlin’s comics it’s been Thanos’ wish to end the Universe as a gift to the personification of Death he sees as a woman. As motivations go, it’s rather more heady than putting food on the table.

Of course, if the universe is destroyed then there’s not many graphic novels going to be published, so in common with all other villains, Thanos never achieves his wish. In the early part of the 21st century, though, Marvel began publishing stories that glimpsed into the future to present the final days of their heroes, from which it was a short step to hiring Starlin to present the end of the entire Marvel Universe. Thanos finally gets his wish! “Nearly my entire existence has been amassing power and dealing out death”, he explains in the course of a lengthy opening monologue, but is he truly happy? Seemingly not.

Starlin also returns to the past, delving into the mystery of Egyptian ruler Akhenaten, departing from historical consensus by claiming Akhenaten’s body was never found. Thanos acts as host as Starlin flits about the Marvel Universe with the Avengers, Fantastic Four and X-Men early casualties of Akhenaten’s return. Assorted remaining powers conceive their own plans to deal with Akhenaten, yet, the title itself provides the spoiler. Or does it?

It’s all very comfortable territory for Starlin, who never lets the inevitability of the title prevent him from sustaining the tension. Thanos may ramble on a little too long, but the spotlight constantly swivels, and Starlin involving the real word politicians of the era adds a sardonic air of insignificance.

Starlin’s all-inclusive here, packing his pages with dozens of Marvel’s finest, and if the multitude of spreads result in the occasional oddly rendered figure catching the eye, it’s a small price. It takes two spreads to depict a 360 degree panorama of collected heroes attacking Thanos, and they’re beauties. They’ll bring back that childhood thrill of imagining every hero ever gathered together.

Two-thirds of the way through there’s an abrupt shift, and we discover it’s the garden path down which we’ve been led. It’s odd that with infinite power a growing revolution is never sensed, but Starlin’s addressing the constant cycle of ‘death’ and subsequent revivals, and cleverly works them into a larger picture. He then impressively re-contextualises much of what’s gone before.

Starlin explores similar themes in most of his works, and levels of existence is one. If you’ve been engaged by his better work in the past, it’s likely you’ll enjoy The End all the way to the ending that, somewhat ironically, has been compromised by commercial necessity. Or maybe not. It depends if you view the story as canon or a sort of What If? variant Marvel Universe. 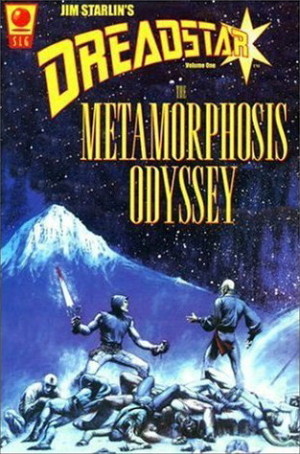