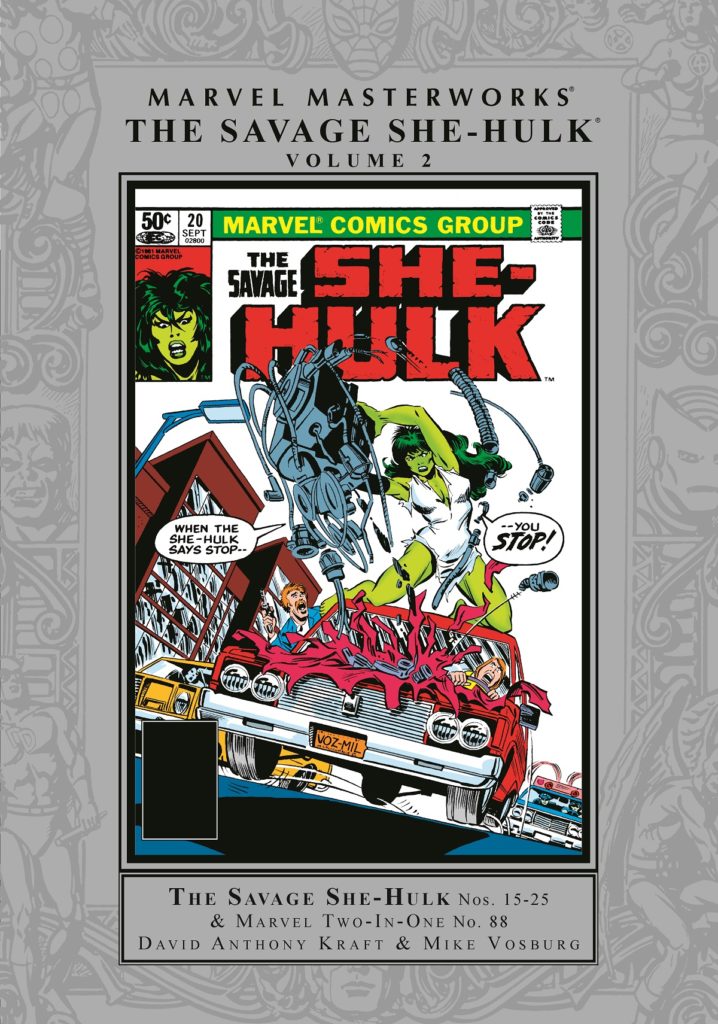 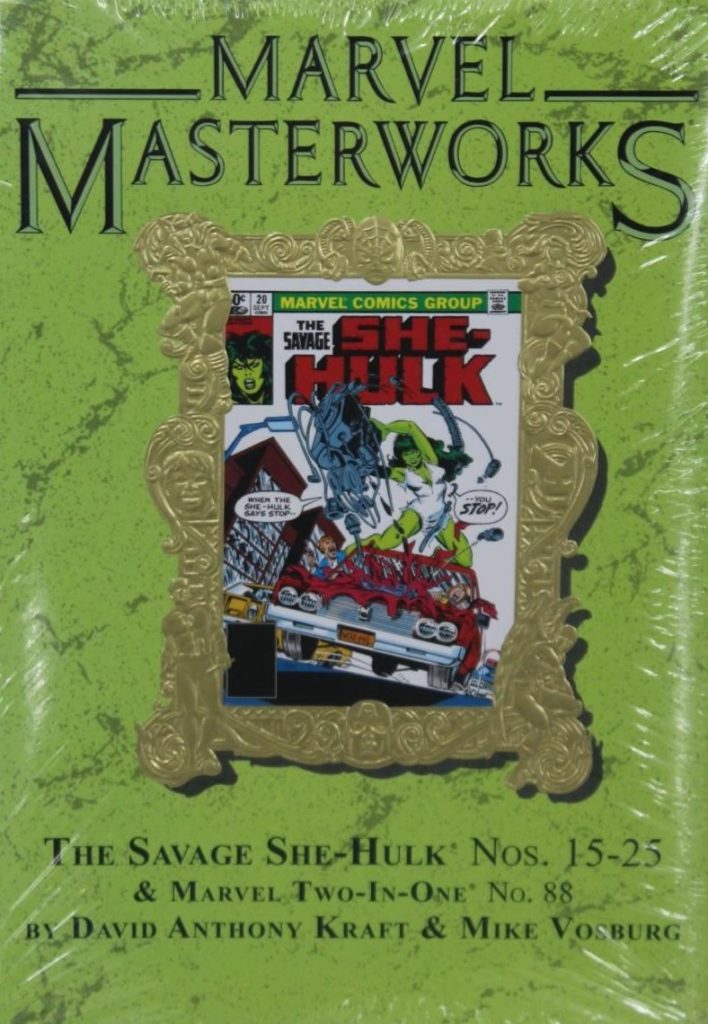 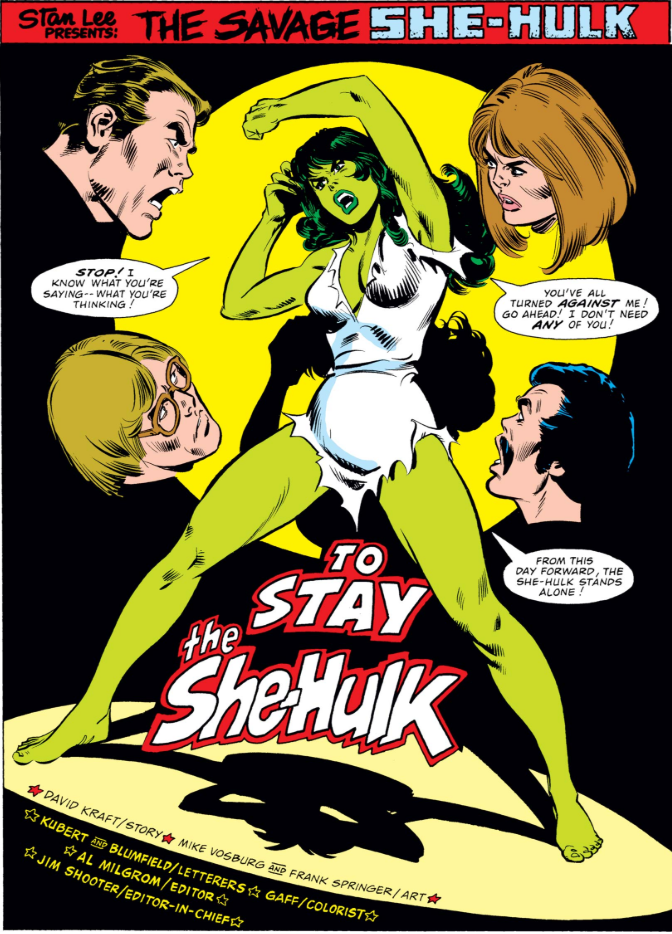 Something quite unexpected happens in the first tale of this second Masterworks collection of Savage She-Hulk (covering 1981 to 1982). The central character starts to behave much more like the Shulkie readers will come to love – outgoing, fun-loving and sexually confident. It’s quite unexpected, given what we’ve seen in the previous volume. Soon, however, it’s back to business as usual, with pedestrian villains (the Man-Elephant – really?), and banal plots (She-Hulk saves a diabetic! She-Hulk stops a robbery!). She-Hulk loses her temper a lot; Jennifer Walters worries about becoming the She-Hulk and her disintegrating relationship with her father; and there’s a love triangle (Zapper loves She-Hulk, but Richard loves Jennifer – oh no!). At one point writer David Anthony Kraft has She-Hulk buy actual clothes in her size, but that doesn’t last, and it’s soon back to ripped white mini-dresses. So thoroughly does every innovation quickly peter out, one almost suspects the dead hand of editorial interference, snuffing out all trace of what Kraft actually wanted to be writing.

The art by Mike Vosburg is nothing particularly special. It’s also afflicted by some inconsistent inking, with later stories seeming to have anyone passing through the Marvel office inking a page or two. Vosburg is at his best when inked by Frank Springer (see sample image), but neither is really covering themselves in glory.

This volume, and the whole series, ends with a longer story that is rather more superheroic and fantastical, culminating in one of those double-sized instalments with which Marvel used to mark the cancellation of a series (though much of this one is taken up with retelling previous events). Unfortunately, the tale is also rather silly, and the final resolution of all the interpersonal conflicts is unconvincing.

This collection also includes a team-up adventure with the Thing, which is not well drawn, with Alan Kupperberg is responsible. Despite Kraft being the writer, She-Hulk’s characterisation and behaviour (essentially stalking the Thing) are so inconsistent with what’s been shown before that surely someday there’ll be a continuity implant revealing her to be a badly programmed robot.

Whilst marginally better than volume 1, this is still dreary. You can own all the Savage She-Hulk material (except the Thing team-up) rather more cheaply in black and white in Essential Savage She-Hulk. But really, it’s not worth it.