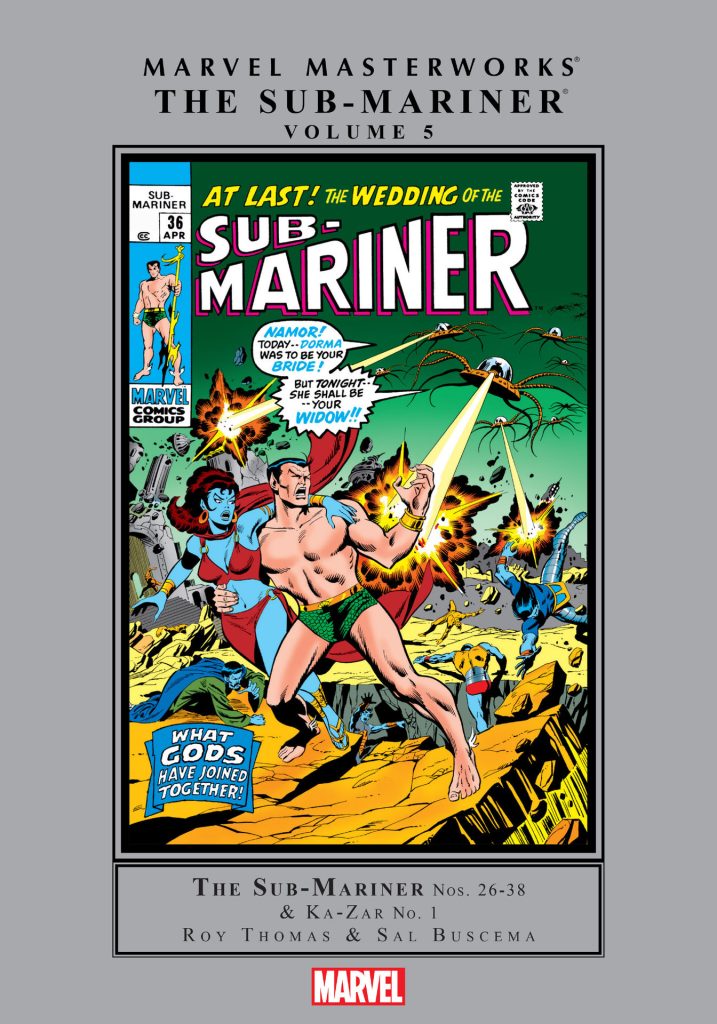 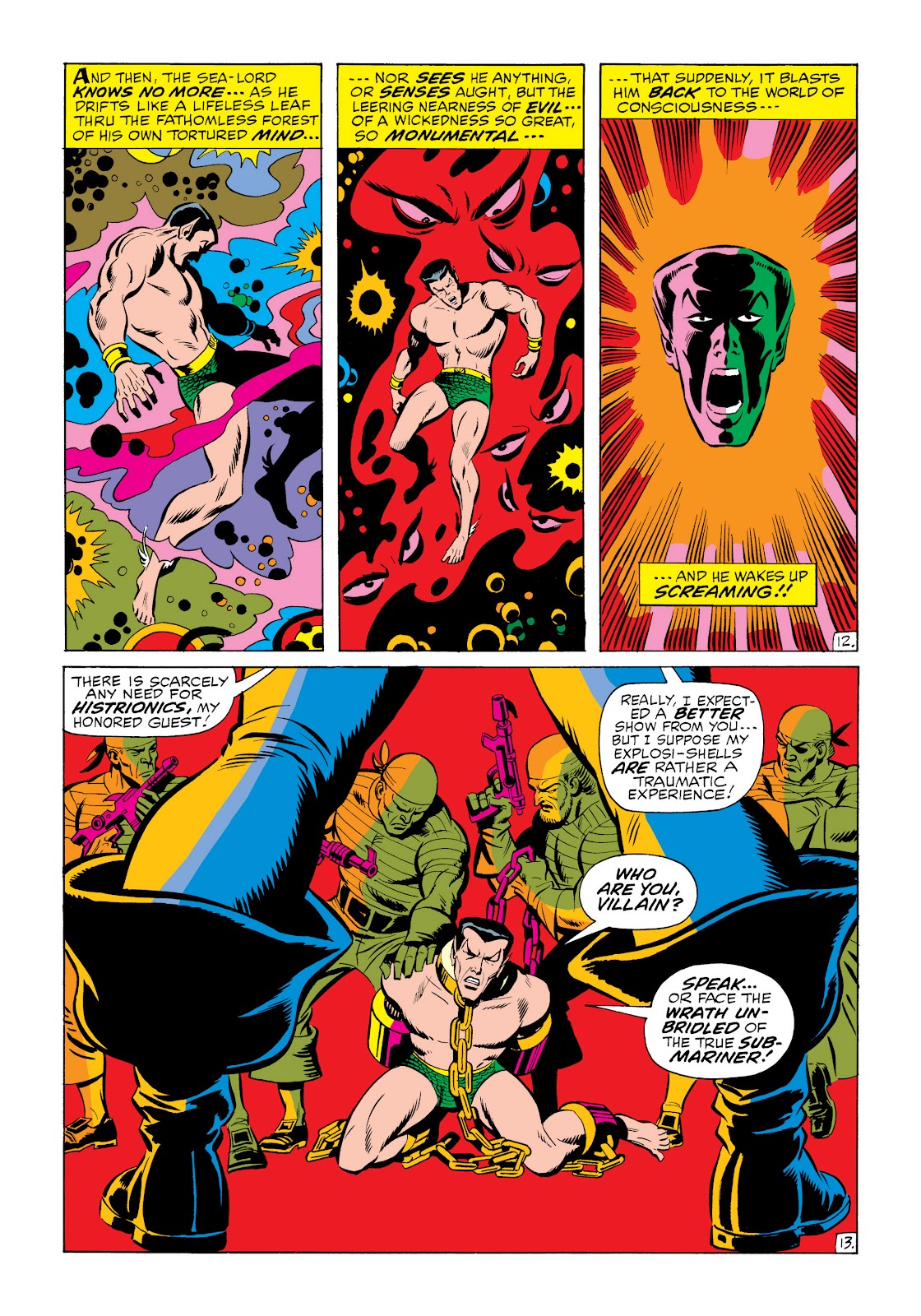 This fifth subsea selection continues Roy Thomas’ long run on Prince Namor, spanning a year from June 1970, and opening with Thomas’ thoughts about what follows.

With almost everything pencilled by Sal Buscema in his economically efficient style, the drama recommences as recently self-appointed relentless guardian of the safety and ecology of all Earth’s oceans, the Prince of Atlantis furtively returns to the surface world. It’s to investigate reports of comatose superhuman Red Raven, as with the covert assistance of old friend Diane Arliss, Namor hopes to forge an alliance with the Avian race. It doesn’t come to pass. Back brooding in Atlantis, Namor’s mood is further plagued when a human pirate uses his giant monster-vessel to attack shipping, although Namor has a way of dealing with pirates before an unrepentant industrial polluter comes to his attention.

A run of guest stars follows, beginning with Ka-Zar, one of Marvel’s more complex and mercurial characters. Kevin Reginald, Lord Plunder is wealthy heir to one of Britain’s oldest noble families is perpetually torn between the clean life-or-death simplicity of the jungle and the bewildering constant compromises of modern civilisation. His best friend is Zabu the sabretooth tiger. Also relevant is Hercules, accounting for a short back-up strip by Allyn Brodsky and Frank Springer appearing in a Sub-Mariner collection.

It introduces the Huntsman, an Olympian agent despatched by Zeus, who ensorcells Namor and pits him against Hercules, after which Namor is again reduced to a mesmerised puppet to attack the Kree warrior Captain Marvel and his human host Rick Jones. This time the condition is due to the amphibian’s falling in battle against toxic terrorist Mr. Markham who attempts to blackmail Earth by threatening to poison the seas with his molecular polluter.

As the fallout from his recent actions has unsettled Namor’s old friend Triton, the Inhuman goes looking for the prince just as apparent Atlantean attacks on surface shipping mounts. Meeting equally concerned undersea Avenger Stingray, they finally find the Sub-Mariner, along with true culprit.

The next epic concerns Namor’s forthcoming marriage, which goes about as badly as it can, leading to the heartbroken prince reprising his origins and life choices before choosing to henceforth pursue the human half of his hybrid heritage as a surface dweller. That’s where Volume 6 picks up.

With the Prince of Atlantis now a bona fide big screen sensation that no one’s ever heard of, now might be the time to get wise and impress your friends with a little insider knowledge.

Amazon will only supply this in digital form. 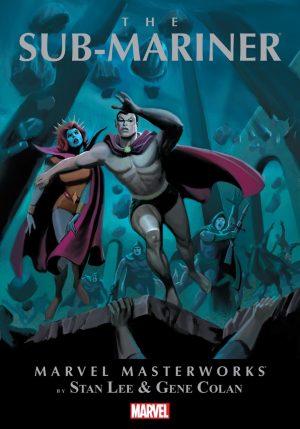 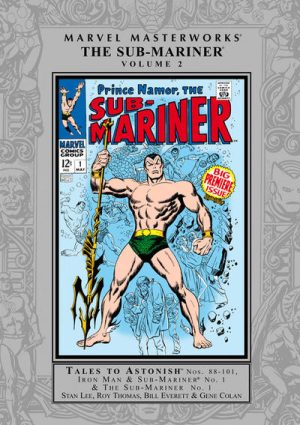 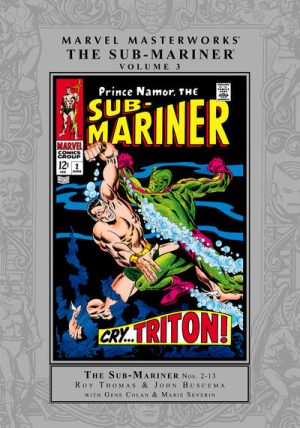 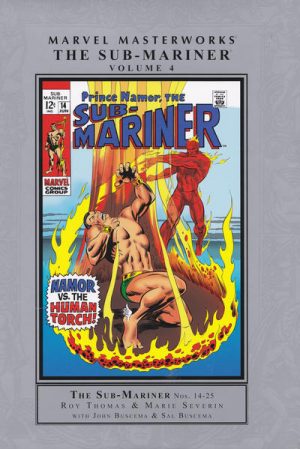