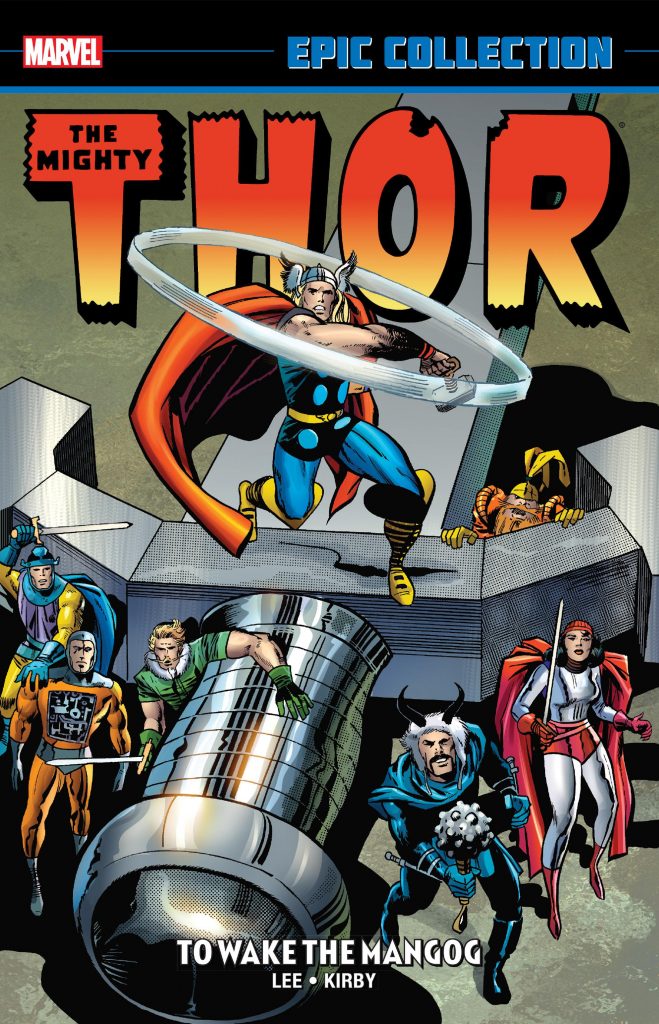 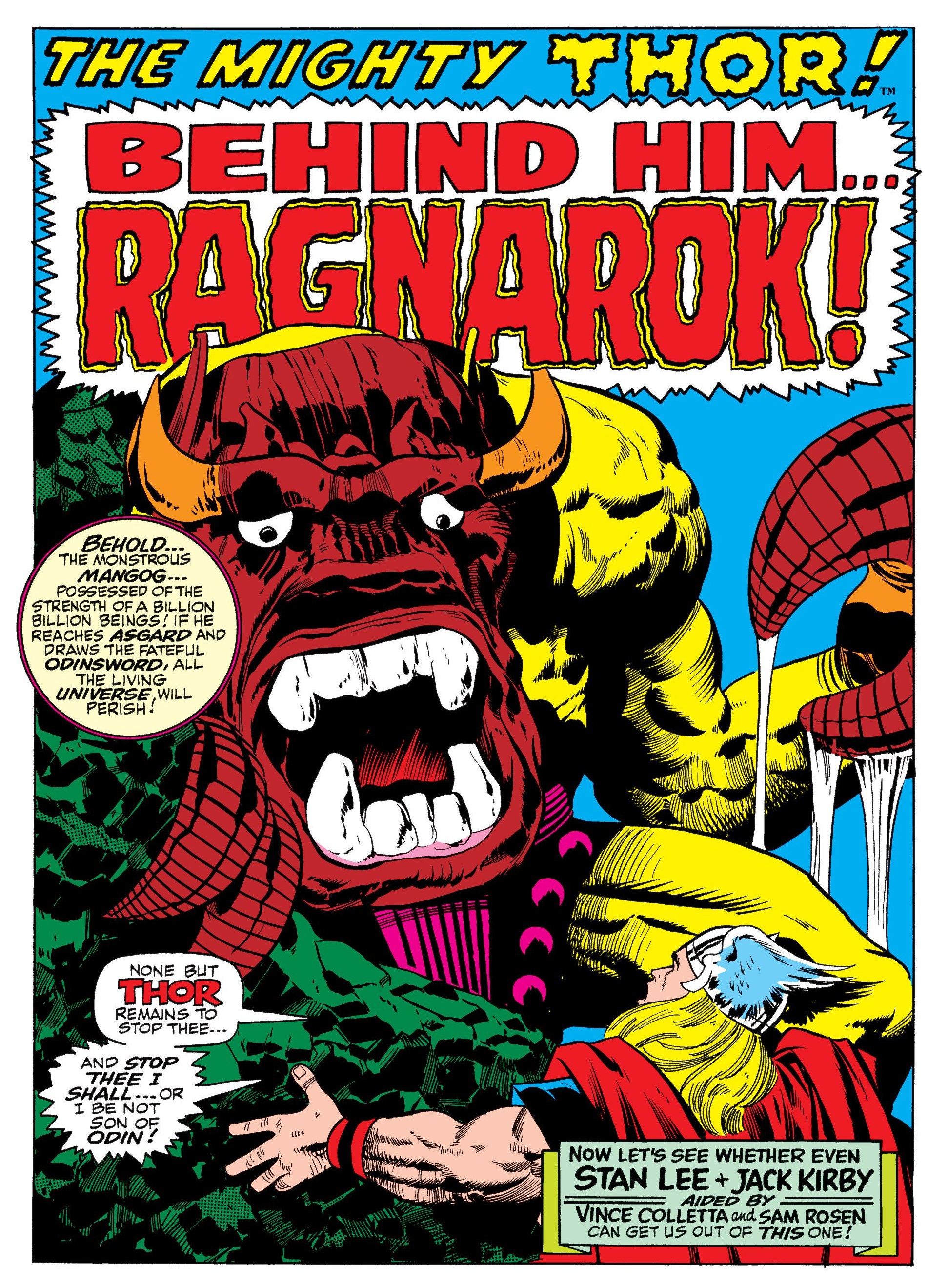 This is a very contradictory collection presenting Jack Kirby and Stan Lee’s work on Thor between 1968 and 1970, starting with a strong contender for Kirby’s best Thor story, and ending with him disillusioned and disinterested. The art, however, reverses that scale, beginning with Vince Colletta inking Kirby’s pencils, ill-matched and erasing backgrounds, and finishing with the refinement of Bill Everett who understands the power of Kirby’s work and emphasises that without losing any grace.

It’s the Mangog story that can be ranked among Kirby’s best on Thor. An ancient and all-powerful evil is released, imprisoned centuries before by Odin, harbouring a great hate for all things Asgardian and possessing the power of a billion billion beings. Kirby and Lee, through the dialogue, build the threat magnificently, and while there are parallels with the 1967 tale of the Enchanters, which ultimately disappointed, this is the full monty. Odin sleeps and can’t be woken, Thor’s on Earth, and Loki’s taken control of Asgard. Over three chapters the tension is brilliantly worked, and the Mangog’s goofy design is great as well.

A few good stories follow. The duality of Don Blake and Thor is comprehensively addressed, and there’s a great first encounter with Galactus as he tries to drain the energy from Ego the Living Planet. The art is stunning, incorporating photo collage, fantastic full page illustrations, and thrilling storytelling for what’s the peak of Kirby’s space stories.

From there, however, the plotting heads downhill. There’s an ordinary battle with Pluto (old Greek God, not Mickey Mouse’s dog), a silly plot with Him, who would later be Adam Warlock, taking a shine to Thor’s girlfriend, and a very muddled second meeting with Galactus. It’s ultimately pointless, just expanding slightly on what Thor already knows, and followed by yet another seemingly invincible foe built up, but all too easily knocked down in the end. There’s a brief rally for a morality tale about a billionaire attempting to thwart death, but the final material lacks inspiration. Ulik hypnotised into joining the Circus of Crime is about as poor as Kirby got on Thor, not least with Don Blake in pipe, brown suit and hat looking like he was in 1950, not 1970. There’s a modicum of spirit to the finale featuring the Crypto-Man, but it’s like a pastiche of a Kirby masterpiece for the Fantastic Four in which a scientist became the Thing, and learned to his cost what that required. There’s none of that pathos generated here, but the art is fantastic in places.

These stories are available in hardcover in the third Mighty Thor Omnibus, or spread across Marvel Masterworks: Thor volumes 7, 8 and 9. If you’re prepared to settle for black and white, they’re also found in Essential Thor 3–4.