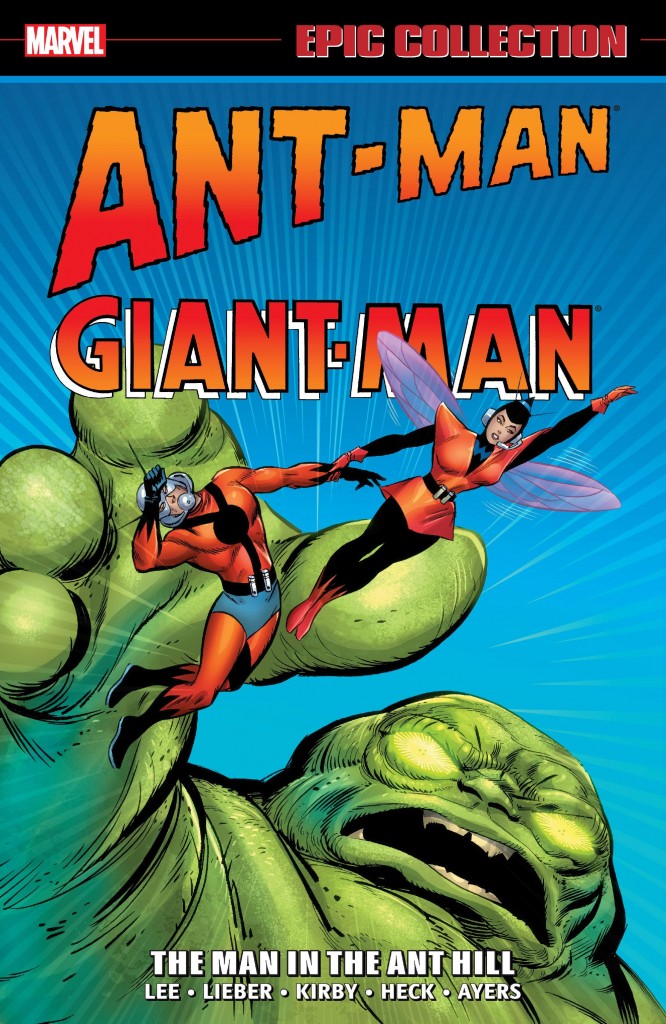 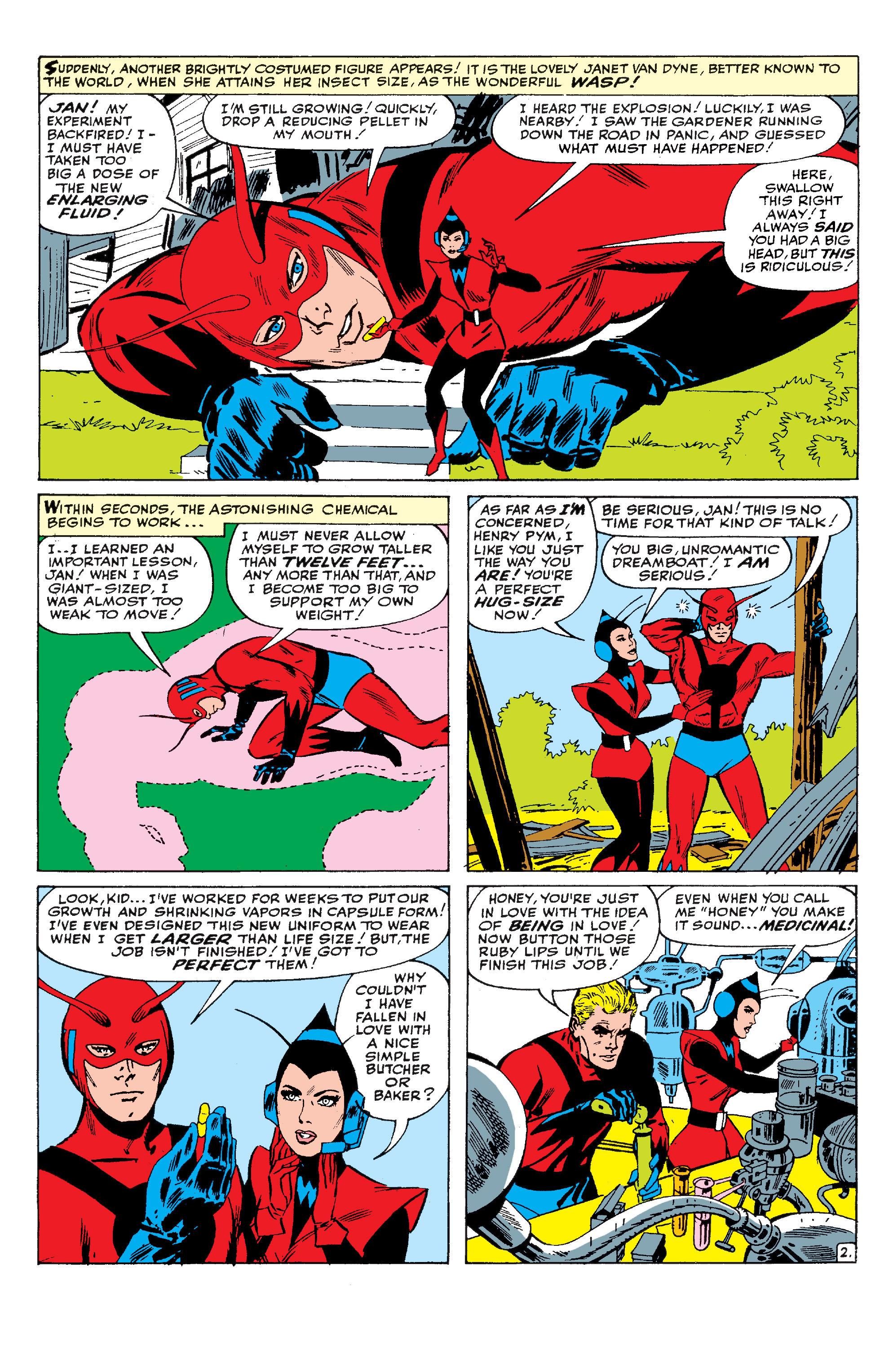 He didn’t appear in costume during his first appearance, but otherwise Hank Pym was pretty well as we know him today, a staid, but astonishingly smart scientific researcher driven to prove himself. In that début he creates a formula that permits him to shrink and another that will restore him to full adult height, but in another characteristic trait he manages to shrink with the restorative out of reach. He ends up scrambling around an ant-hill, but survives, and when safe he destroys his formulae. It’s a taut seven pages well drawn by Jack Kirby, and although they weren’t aware of it at the time, in 1961 Marvel had created their second superhero.

The response to that feature in an anthology title must have been strong, because nine months later Stan Lee had Pym reverse his original decision, recreate his formula, don a costume, and use an army of ants to fight off communist agents.

There have been good Ant-Man stories, but none of them feature here. A busy Lee rapidly turned the feature over to others, primarily his brother Larry Lieber, and from the highpoint of a professional but not exactly inspired Jack Kirby, the art went steadily downhill also. These Ant-Man stories are primitive and occasionally dip to feeble, even when considering them in their era. The most noteworthy introduce the Wasp, a flying female companion, meaning Pym can stop explaining the plot to ants, and his transformation into Giant-Man. The stories are no better than the rest of the run, but the combination of Jack Kirby’s energetic pencils having their harsh edge softened by Don Heck’s inking provides the best art to be found here.

Oddly, this collection omits a further ten or so Giant-Man stories. Anyone masochistic enough to demand the full selection will find them collected with this content in two hardcover Marvel Masterworks volumes, or in the single black and white Essential Ant-Man. Not found in those collections, but included here are back-up stories related by the Wasp. Plotted by Lee and scripted and drawn by Lieber, these are a return to the sting in the tail science fiction the Ant-Man feature had displaced. Greed, tyrants and aliens masquerading as humans are common, and it’s only the final two tales that have the Wasp as star as well as narrator, but they don’t raise the overall quality.

Anyone who really wants the early Ant-Man material is now spoiled for choice, but they’d be better spending their money on something readable.