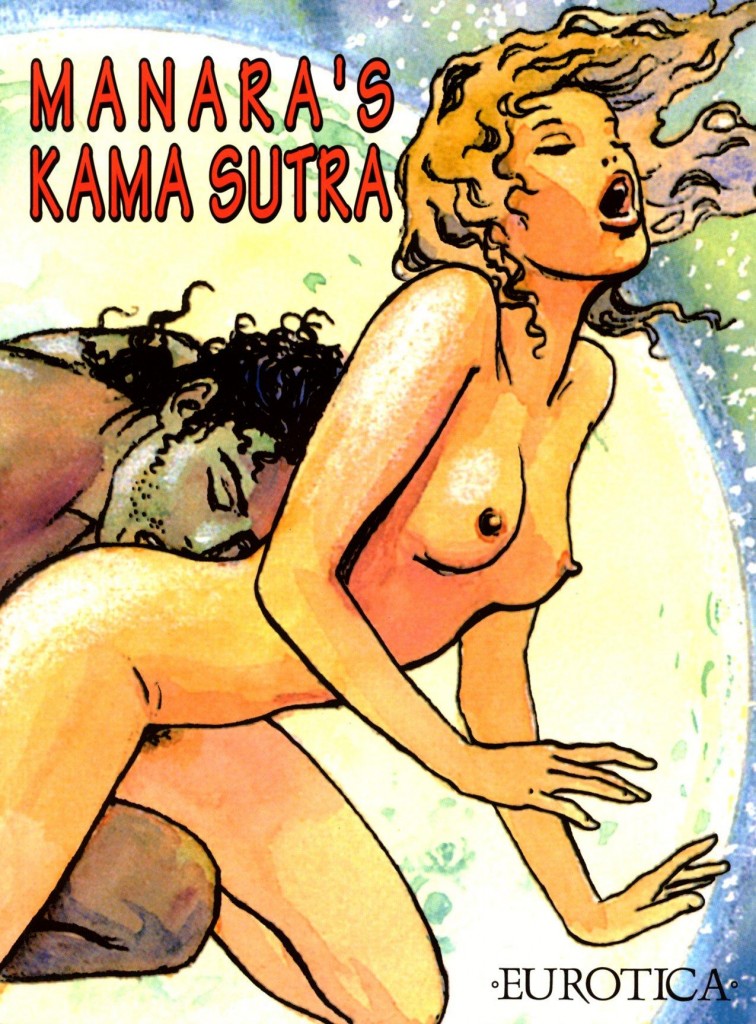 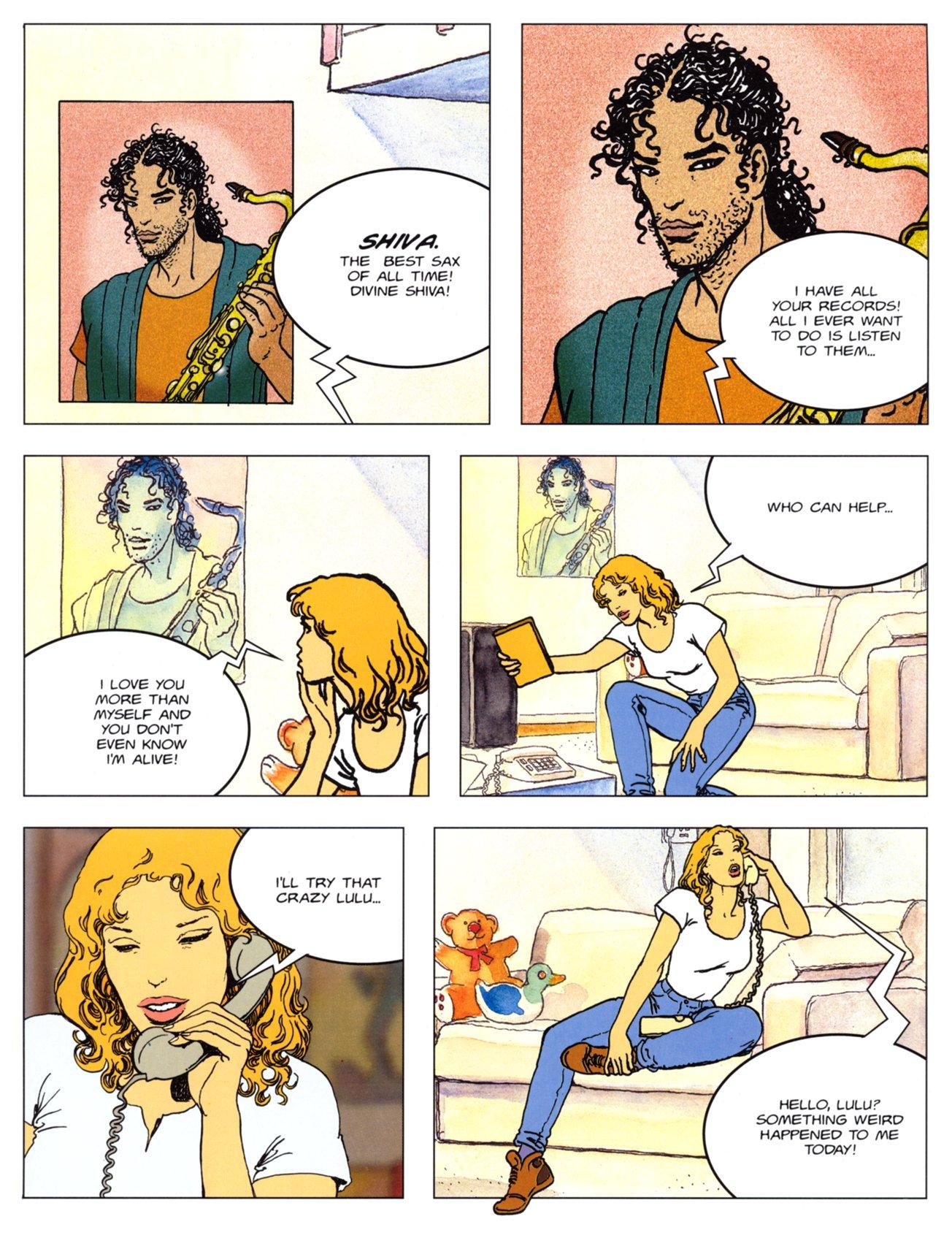 The alluring Parva resembles Manara’s feminine ideal as seen in so many previous works. She’s slim with wavy strawberry blonde hair and comes into possession of a mystical belt made from the skin of a penis. Possessing it, however, is dangerous and only the power of sex can waylay this. There’s considerable tedious pontificating on the belt’s part that comes across like a drunken punter shouting “Ooh yeah baby” in a strip bar, before another Manara staple, the chase sequence featuring the half-dressed woman. It’s only in the final quarter of the book, where some tests must be passed, that it becomes interesting.

If the story’s slim, it seems at first as if the art will match this lackadaisical approach. Manara uses massive panels with digital fuzz for backgrounds and copiously cuts and pastes throughout the opening section. Why bother drawing something a second time, particularly if it’s not a woman? Once the set-ups delivered, though, and the sex begins Manara’s interest perks up. Four pages of excellent figure studies illustrate three people having sex, and repetition of smaller panels than is usual for Manara’s work is a feature of Kama Sutra.

As is so often the case with Manara, the story reaches a point where it just peters out rather than concluding in any definitive fashion. He’s interested in the sexual permutations, and having run though them all for the two leading women that’s all we get. Whether deliberately or otherwise, the art can be compared to a sexual performance by someone initially uninterested, then increasingly aroused until the climax, after which they can’t leave the room quickly enough.

This album is in colour, but it’s hardly remarkable, so anyone interested in Kama Sutra would be better off getting it in black and white with an improved translation in volume two of Dark Horse’s Manara Erotica series.