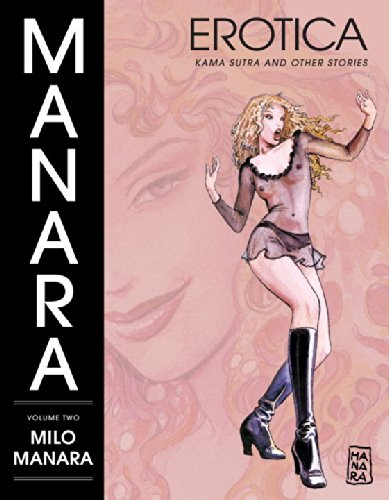 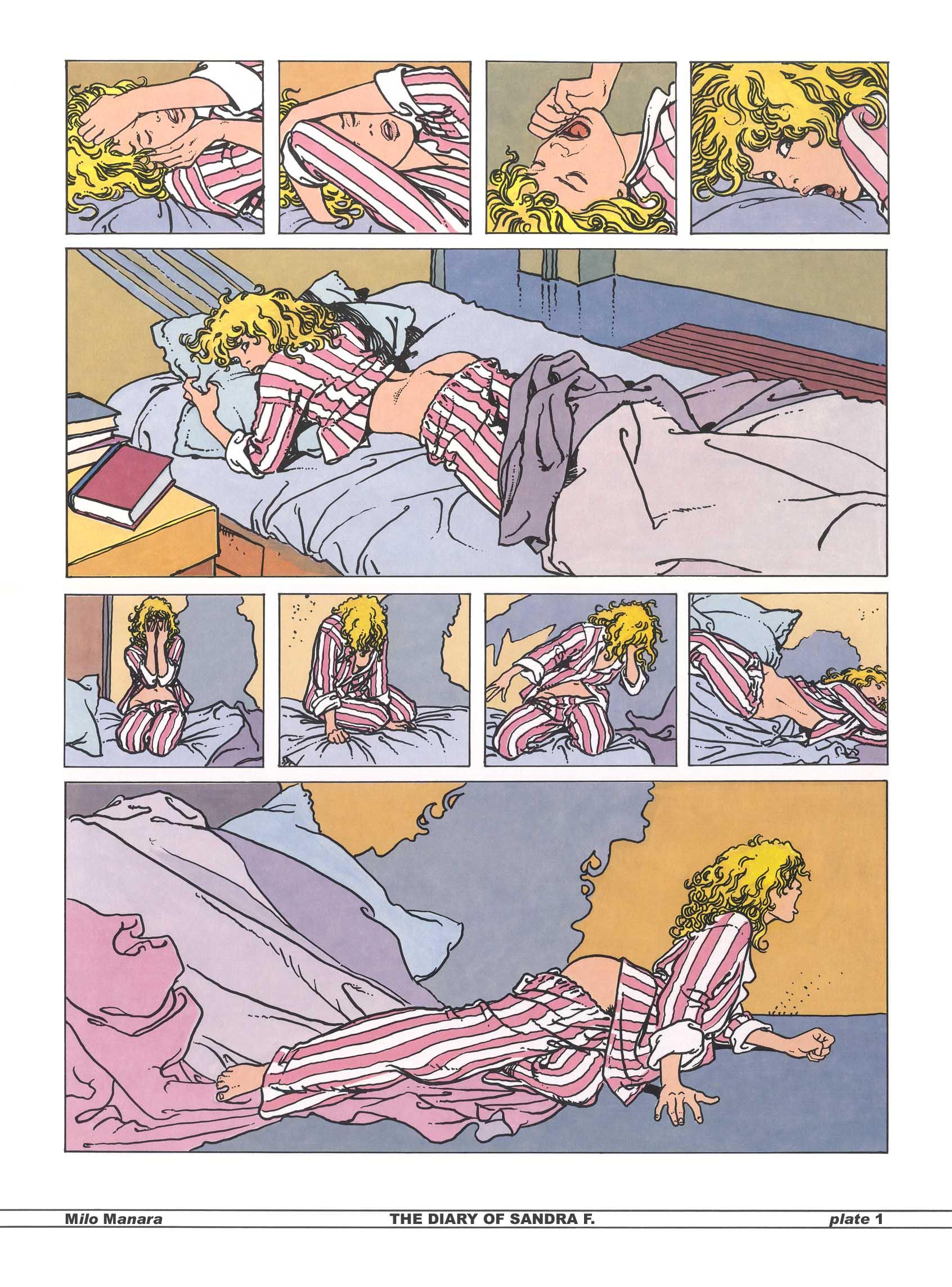 That’s the place to begin, as The Golden Ass is the standout piece in what’s otherwise the weakest of Manara’s three erotica collections. It’s adapted from Apuleius’ bawdy novel from ancient Roman times, and their less prudish attitude to nudity and sex gives Manara plenty of variations to work with, although when it comes to sex between men he’s not interested. Give him an ass to work with, however… It’s a strong story, with some beautiful faded colours over fantastic illustration throughout.

Toward the climax Kama Sutra is even more visually stunning, but it’s equally inclusive of some early pages that lack any of Manara’s usual enthusiasm. There’s cutting and pasting of figures, very basic digitally created backgrounds, and some poor dialogue from an early central character, a belt made from a penis. After an extended set up the sex begins, and Manara’s an altogether happier artist. He withholds the real visual splendour until the end, when a series of complex sexual tests occur, presented in a succession of smaller panels over a number of pages, and remarkably good. Having run through all the permutations he can’t be bothered explaining much of what’s gone before, and gets out as quickly as possible.

Several strips haven’t seen previous English translation, at least not beyond those of enthusiastic fans presented online. The best of them is also the shortest. ‘The Diary of Sandra F.’ is presented as a succession of diary entries as submitted to Manara by a young woman. The erotic experiences she details are reproduced over two pages of text and then lovingly illustrated over eight wordless pages. It’s latter period Manara, brief enough that his interest doesn’t wane, and abstract enough not to require anything other than the diary entries as a connecting plot. He really enjoyed this, however, and the art is spectacular as seen by the sample page.

Manara’s first erotic work was contributing to a series of 17th century pirate adventures starring Jolanda of Almaviva in 1971. Francisco Rubino’s scripts are daft fun, but not even a polished translation can pretend it’s anything other than pulp erotica, as Jolanda is at first abducted, then wholeheartedly embraces the pirate lifestyle. It’s interesting for presenting Manara early in his career still learning and with a far sketchier style, but the pocket sized original publication format presented a dilemma. Enlarging the art would diminish it, so we have four pages per page reproduced as per their first printing. Even so, it’s by far the longest content, and doesn’t hold the interest.

The sheer number of pages allocated to the early material make this a far weaker collection than either volume one or volume three, yet the inclusion of The Golden Ass goes a long way to ensuring this isn’t only a compulsory purchase for Manara completists.