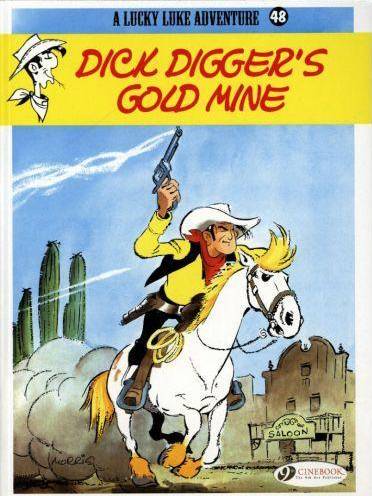 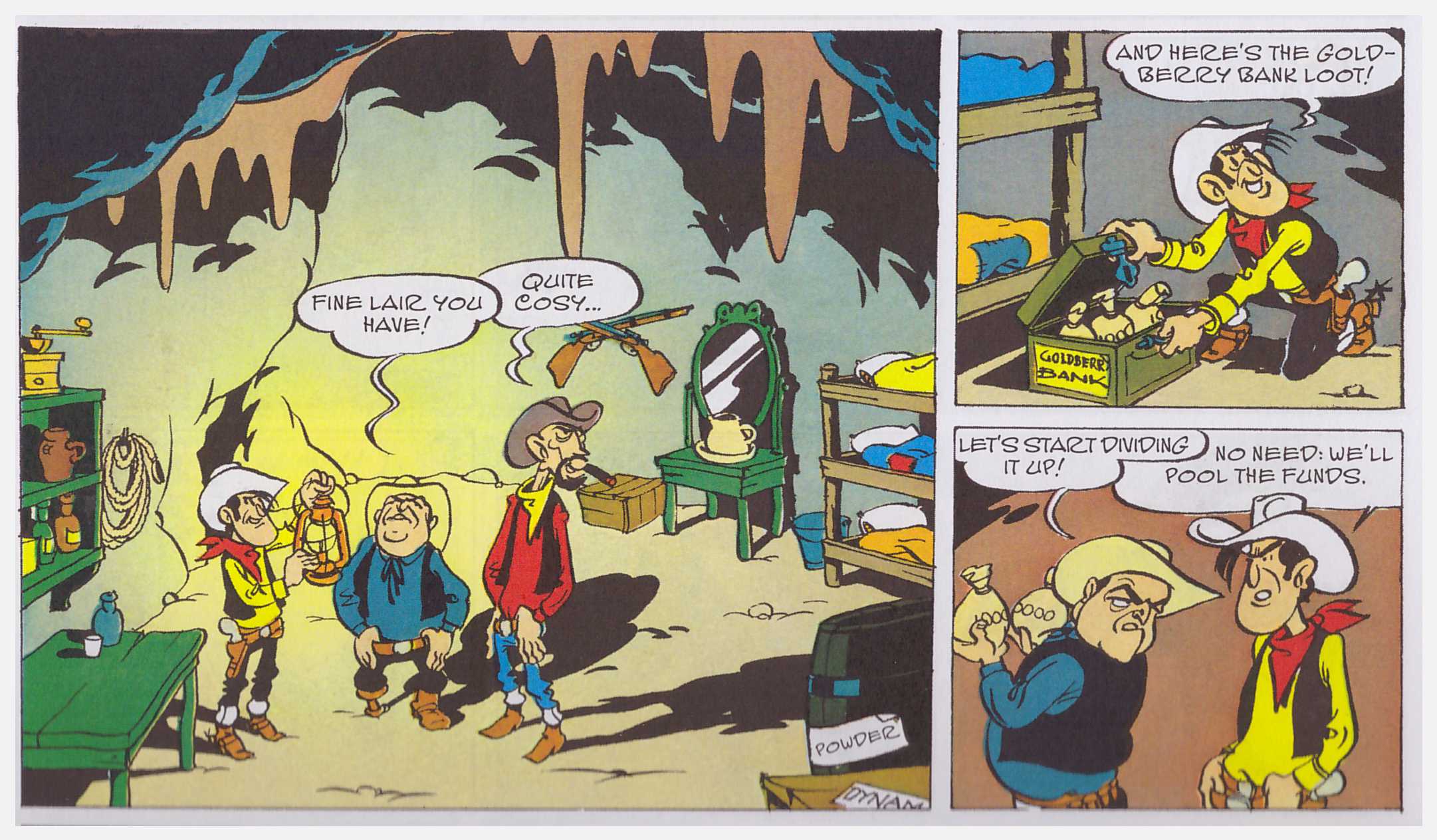 It’s taken Cinebook until their 48th album to provide an English translation of the first French Lucky Luke album. It doesn’t supply the first Lucky Luke story, which appears in the third album Arizona, but the title story is the second, and it’s a very different Lucky Luke from the character that evolved.

French speaking Belgian cartoonist Maurice De Bevere applied a more country-neutral spelling of his name from his earliest illustration work, and hit gold with Lucky Luke in 1946. An accomplished cartoonist, when it came to comics Morris was very much influenced by animation, and Disney animation in particular, considered the field leader in the 1940s. The early tale of Dick Digger takes its storytelling principles from that style. Although well drawn, by today’s standards it’s a strained and padded read as it lumbers from set-up to gag to set-up to gag. Luke is also very much the secondary character. As much space is spent on the two scoundrels who’ve stolen Dick Digger’s gold and the map locating the mine he worked to gather it.

This Luke is almost a prototype of the character now known, provided with an old fashioned lantern jaw, his quiff not so pronounced. He’d not yet taken up smoking either. As Luke’s jaw shrunk, that of his horse Jolly Jumper seemed to absorb the excess.

A second tale, also from 1947, is a great leap forward. There’s a refinement of the cartooning, which is far more detailed and offers a longer viewpoint. The colouring, particularly of scenes set at night or in semi-darkness, is impressive and varied. In later years there would be a greater overall sophistication, but Morris never used this nuanced approach again. The plot is no classic, but it’s been given some consideration and is far more than a succession of set-ups and gags. It includes the first of the many undertakers Morris found amusing, reveals Jolly Jumper’s thoughts in balloons for the first time, and includes five strip tiers to the page. That innovation didn’t last long.

Mad Jim is Luke’s double, sentenced to hang after terrorising Arizona, but his henchmen manage to capture Luke and smuggle him into prison in Jim’s place. Doing so involves one of the few occasions when someone manages to be quicker on the draw than our hero. The aspect of Luke and Jim being near enough twins and their respective identities fooling others is the primary gag, but Morris widens the scope to include an encounter with Native Americans (illustrated in the fashions of the time).

That story’s untitled here, but was known as ‘Lucky Luke’s Double’ when originally published, and it contrasts the title strip by giving signs of what would follow. These stories are combined with the remainder of Lucky Luke’s earliest outings as Lucky Luke: The Complete Collection Volume 1, which restores pages originally published in Spirou, but for years missing from the albums. 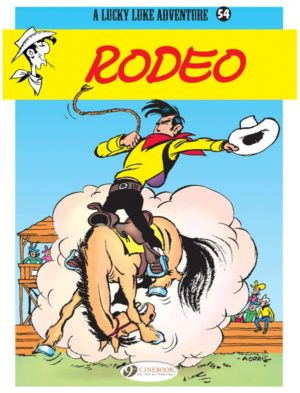 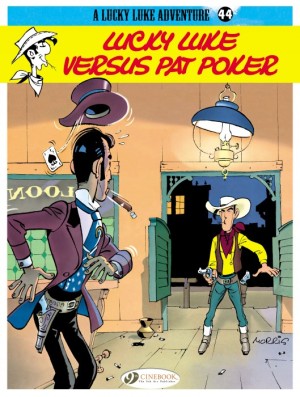