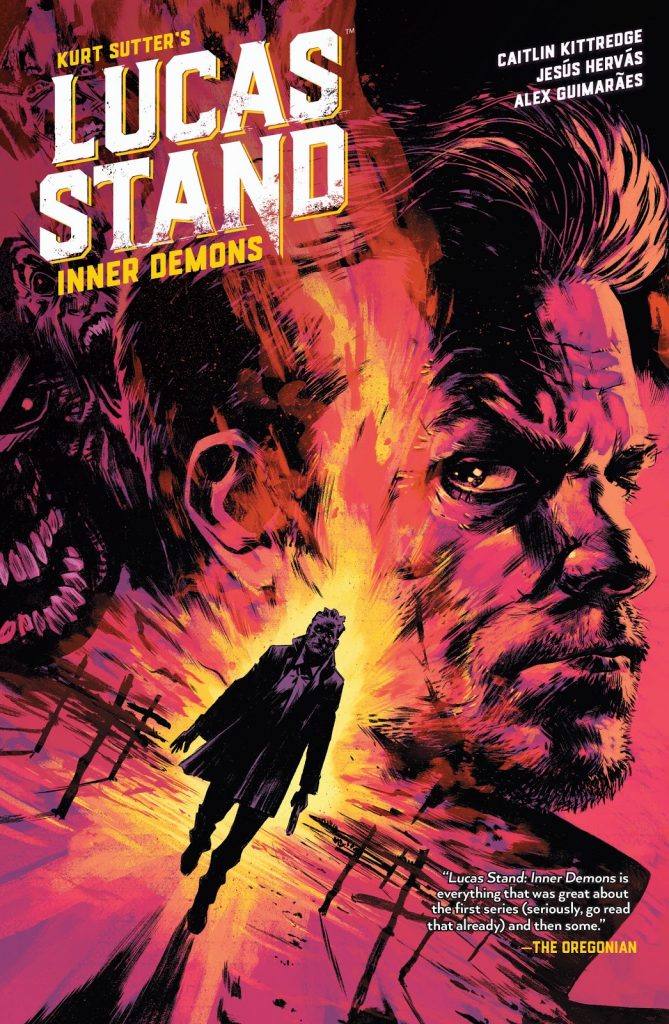 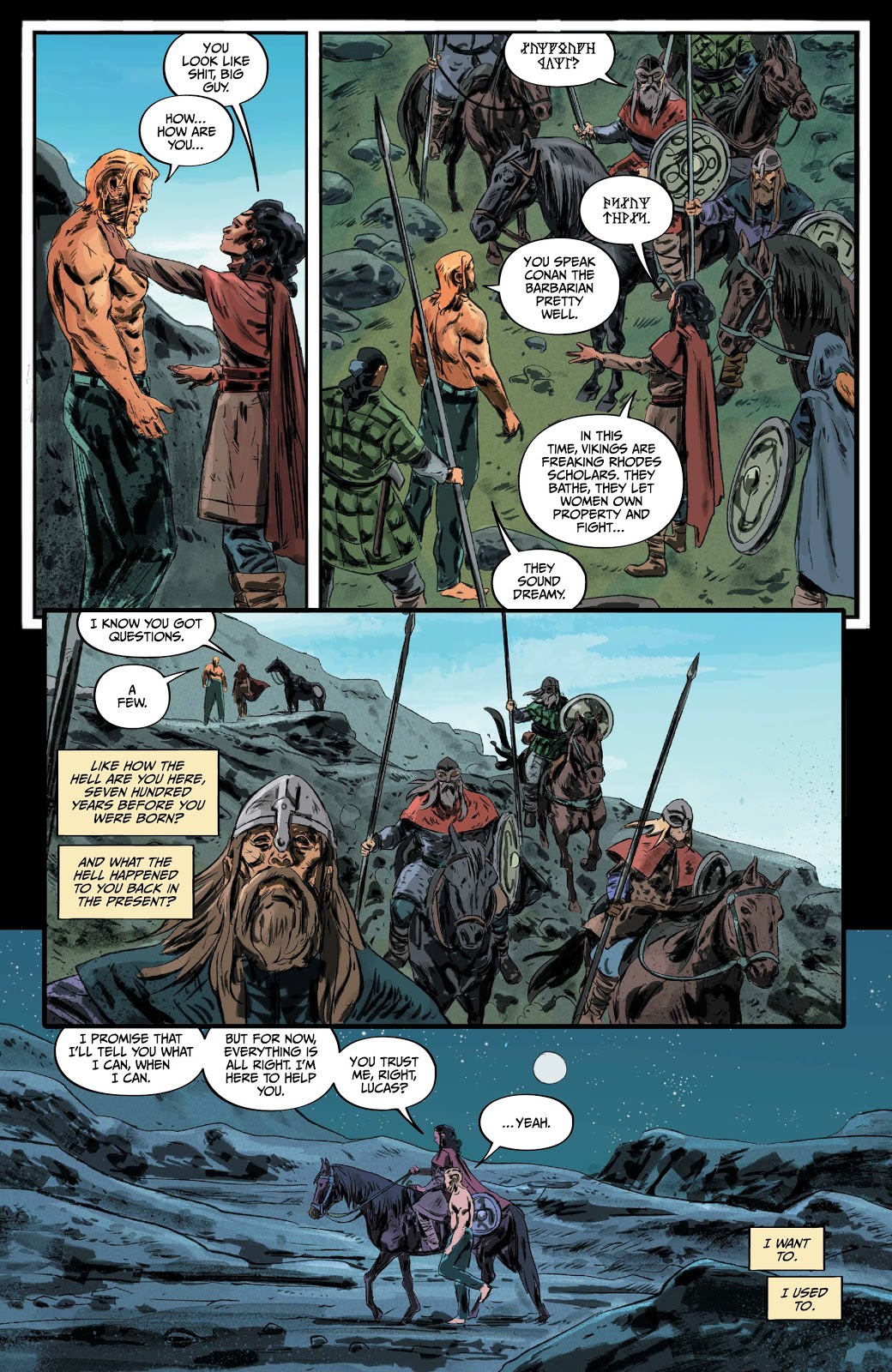 Guilt-ridden ex-soldier Lucas Stand killed himself, only to brought back to life as a pawn in a war between factions of demons who’re attempting to shape history to their advantage. He doesn’t know who he can trust, but in the opening graphic novel he trusted his instincts and altered his possibilities. That leaves him with a chance of completing a mission to kill a demon, but there’s also something hunting him.

Once again Kurt Sutter and Caitlin Kittredge weave a fast-moving time travel story that always twists away from expectation, and once again the sketchy, posed and largely unimaginative art of Jesús Hervás sucks a considerable amount of life out of it. This time at least the colouring of Alex Guimarães is an improvement on the previous dull work.

Stand’s confrontational nature is a viable method of propelling the action, and his military training and what he’s learned on the job makes him a match for what’s sent against him, wherever it may originate. He’s not a pleasant man, but he’s the person you’d want alongside you if something unpleasant needs doing and it’s going to be messy. An uncertainty is maintained via Stand never sure who he can trust, whether he’s met them before or not, or is that only in his mind? Sutter and Kittredge are excellent at sowing doubt. When the big reveal arrives, it’s a smart exploitation of the possibilities of messing with time, and it’s a shining way of sowing further doubt and confusion. Is Stand’s fate already written or can he circumvent it? That’s a question the writers keep simmering until the end, and the end lives up to expectation, although there’s not much in the way of subsequent discussion. If only Inner Demons looked better it would be a contender.