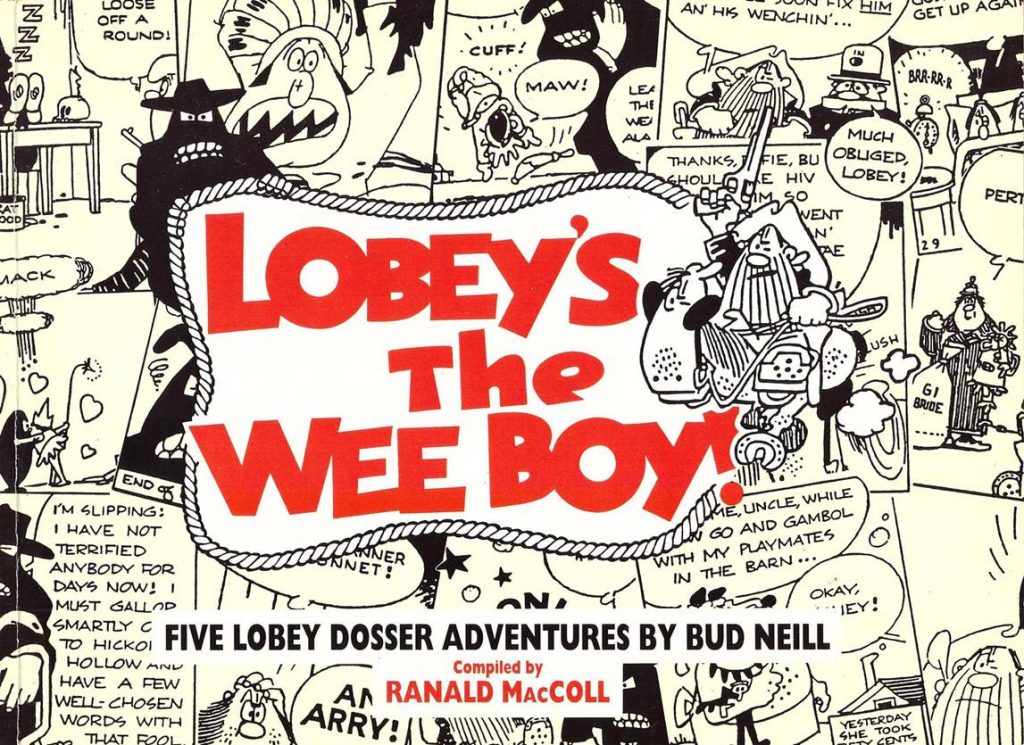 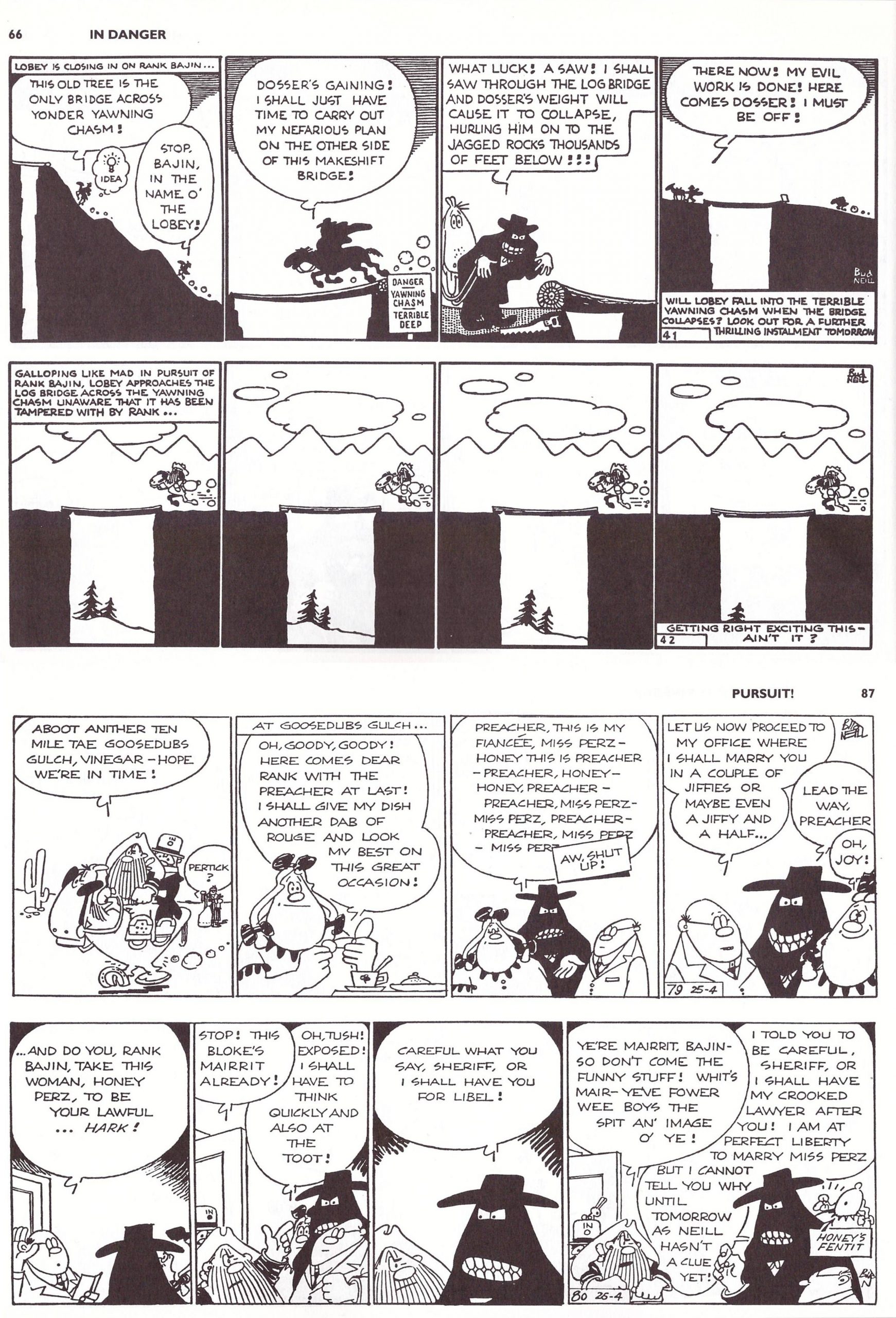 Bud Neill’s Lobey Dosser is a prime example of the local cartoon strip that once graced regional newspapers. It’s barely known beyond Glasgow, yet so loved in the city that two statues of the cast are still to be found. Lobey astride his two-legged horse Elfie and the scowling Rank Bajin are located at the edge of a small park in Glasgow’s West End, while the forlornly deserted G.I. Bride with her baby stands in Partick Station. Her statue was sculpted by Ranald MacColl, compiler of this collection, and the placement is itself a joke, as in the strip she’s always wanting to get to Partick.

Perhaps because the city was once so heavily industrialised, the wide open spaces of cowboy legends have always been well received in Glasgow, and Neill added his own layer of myth. He mixed Western trappings with Glaswegian locations as he regaled the city with the adventures of the Sheriff of Calton Creek between 1949 and 1958.

Rich vocabulary and repurposing of local phrases is instituted from the start, Lobey Dosser’s own name being a variation on the term ‘Lobby Dosser’, referring to homeless who slept in the hallways of tenement blocks. Phonetically spelled Glaswegian dialect is used throughout, possibly impenetrable if no effort is made, but the gist comprehensible with thought even to those not fluent, and Neill peppers the strip with ludicrous representations of areas in and around Glasgow amid his surreal tall tales. The drawing is simple, but extremely expressive, ideal for the surrealism and exaggeration.

A collection of five stories, each issued in the 1950s in their own booklet, begins with Lobey relating his early years. As much of that takes place on board a boat when he was but a bairn, it’s somewhat atypical, but the broad humour and endearing nature is present, along with what would now be seen as inexcusable racist caricatures, although the cannibals aren’t what they seem. The strip’s recurring villain Rank Bajin, is a magnificent shadowy creation whose eyes, mouth and hands are the only details escaping his otherwise totally black persona, forever plotting to take over Calton Creek. He’s cleverly used by Neill, both he and Lobey having an awareness that he plays a role, Lobey noting in a strip in which Bajin reforms that Calton Creek can ill afford to lose a villain of his calibre.

In the days before TV, Neill was aware his family audience expected a nightly chuckle, and generally provides several in densely packed strips, enjoying word play and having a fine ear for speech patterns. His previous job as a bus driver served him well for picking that up. It’s a strength that survives the decades, which hasn’t been the case for the Western tropes Neill so lovingly parodies, nor for the experiences of ordinary Glaswegians, featuring many references easily understood at the time that now transmit as period pieces. However, because of the multiple strands included in the strips, there are still many laughs to be had, and the compact cartooning is there to be admired.

In 2001 a second Lobey Dosser collecttion was issued, titled Further Adventures of the Wee Boy.