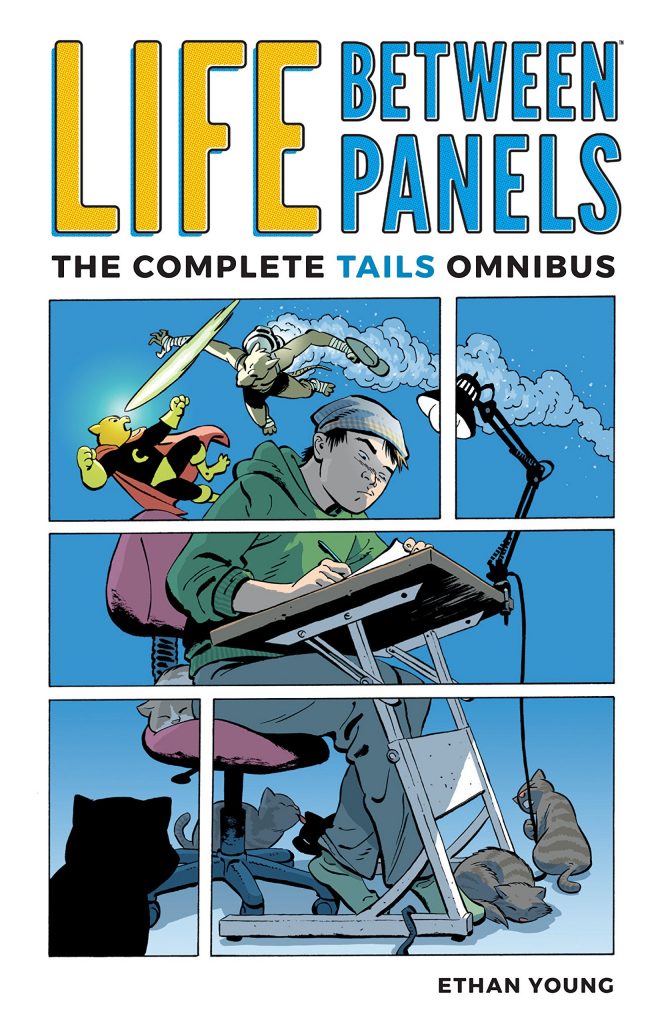 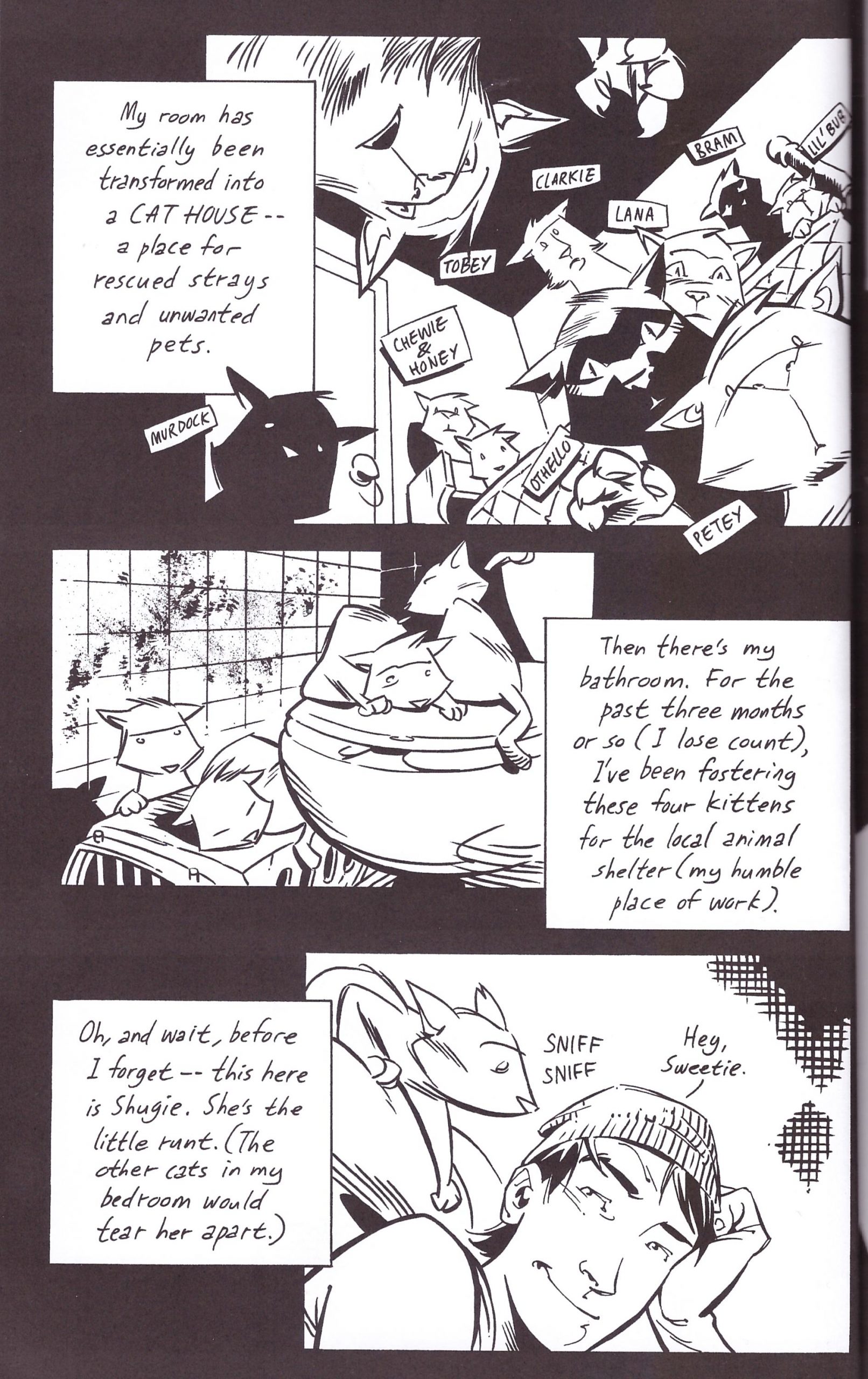 As Life Between the Panels starts Ethan Young is 22 and unfulfilled, his younger self’s expectation having been of a career drawing comics by that age. Instead he’s working at the cat shelter and fostering several cats at home, which remains his parents’ house. The opening section is heavy on self-pity, and it’s only on reaching a subtle sequence comparing Young’s existence to that of a frustrated caged cat that it occurs he may have something more to offer.

There have been very brief interludes, but it’s a hundred pages in before Young hits on what saves Between the Panels. He’s been trying to sell a strip titled ‘Crusader Cat’ to comic companies who just aren’t biting, and begins separating his whining with segments of that story. He’s subsequently transported to Crusader Cat’s world, but even with super powers his problems aren’t at an end.

Because he mixes fantasy with what’s presented as memoir, it’s difficult to assess how much is Young’s genuine life and feelings. For starters, his judgemental comments about friends would alienate many people. A definite self-awareness applies to Young portraying himself as a dick, and it keeps his work from descending into banal introspection, although even so, for so long Young’s problems hardly qualify as compelling reading, and many are of his own making. A mixture of ego and insecurity prevails, and while it’s obvious the fantasy interludes are metaphorical, there’s never any clarity about what Young is referencing.

Where there’s no concern is regarding the polished drawing. In his introduction Young talks about how he resisted temptation to change any art in what collects work completed over a decade, and notes how different the art is at the start and at the end. It can be seen, but the difference isn’t that monumental. Young’s tightened his figures a little. The biggest change is that over the course of Between the Panels he became a far more effective storyteller, learning how to compress more into a page and what’s best emphasised on that page. The expressive nature of the people and refined figurework is impressive, and a psychologist might want to assess why it is that he shows himself so often in close up, yet also successfully conceals so much. Were his ethnic background not mentioned, it wouldn’t be obvious from his self-portraits.

The good drawing isn’t enough. This is a thick graphic novel only because decompression isn’t on the agenda as Young diarises his largely ordinary life. However, no-one spends a decade on something without it having meaning to them, so it’s a shame Life Between Panels is a frustrating read, prompting speculation about what it is that Young stops short of revealing explicitly. 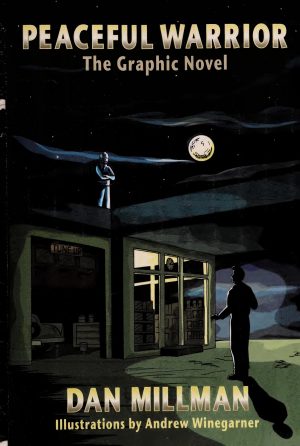