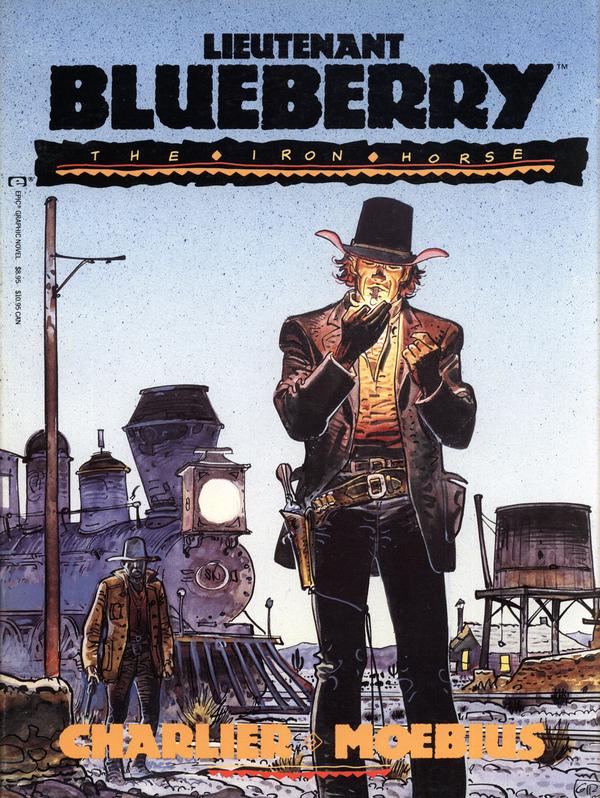 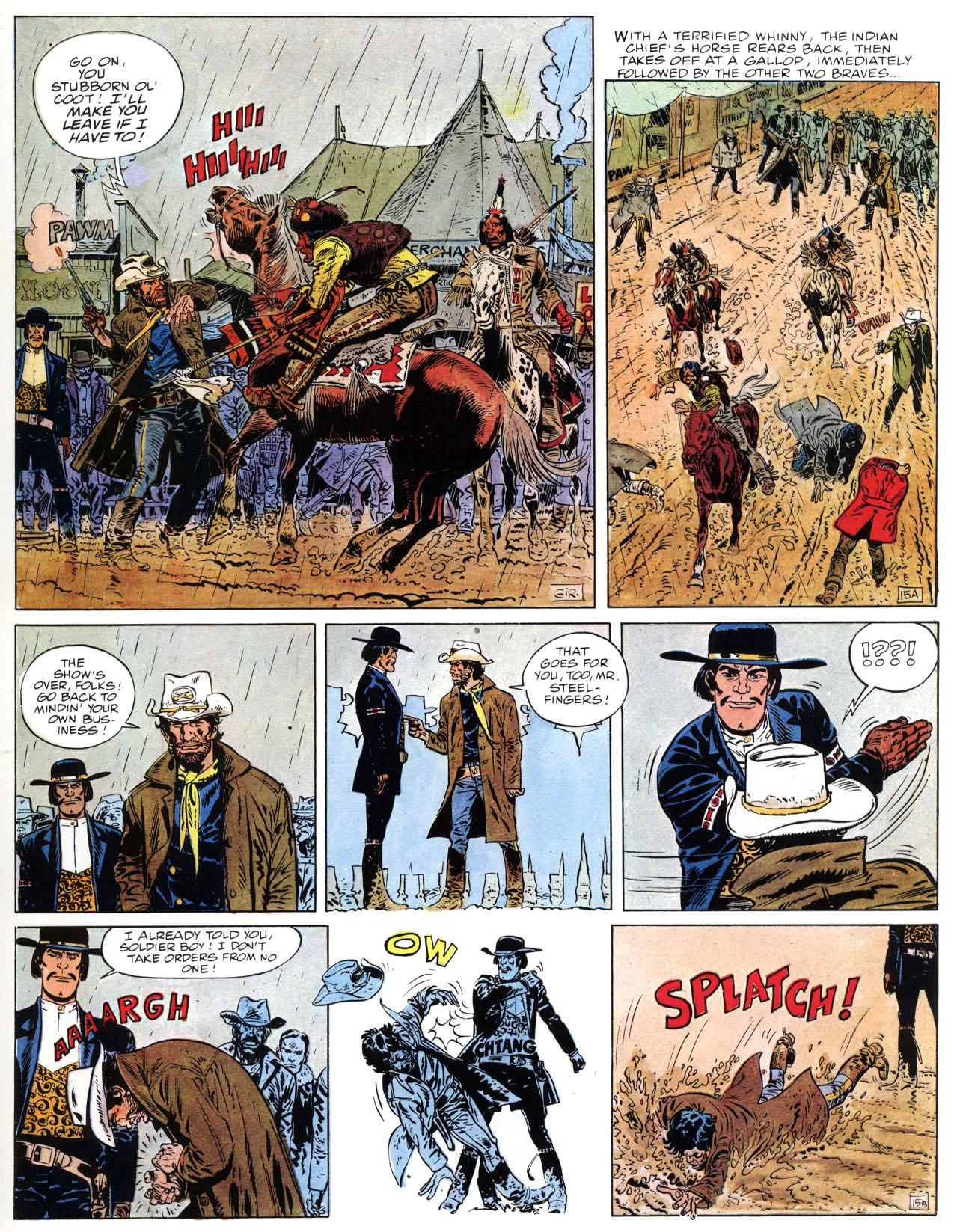 The Lieutenant Blueberry books feature the same lead character as the Blueberry series, and are by the same creative team of Jean-Michel Charlier and Jean Giraud, but are set earlier in Blueberry’s career, beginning in 1867. This sequence of him seconded to the Union Pacific railroad continues over four volumes, eccentrically presented by Epic and Titan as three, and were originally serialised during the 1960s. The Western period setting and the timeless quality remove any consideration that the story may have dated.

Charlier’s ambitious plot is set during the period of railroad expansion in the USA. A greatly competitive atmosphere prevailed when constructing the railway line that united the USA from east to west, and the land given away to the companies on either side of the track they laid only increased that. An introductory panel explains why the stakes are so high in several respects. Blueberry’s former commander General Dodge is heading the Union Pacific line, and needs someone to negotiate with the native population to prevent war as the rail lines extend westwards across their territory. Having had previous experience (see Young Blueberry), Blueberry is the man. Even before he officially signs up he’s thrown into the middle of trouble as white men are responsible for the random slaughter of buffalo, something the Cheyenne object to very seriously. The Union Pacific having to cope with an Indian war will slow their progress, giving the Central Pacific a considerable financial advantage.

Picking just the single page to show Giraud’s stunning artwork is an almost impossible task. Over the entire series he packs his individual panels with life and detail, and the number of people he can fit into a scene while still providing a full background is astounding. Whether drawing horses, people, scenery or trains, Giraud applies the same diligence to stunning effect.

While only the opening part of a four episode story, The Iron Horse is a compact Western providing all the expected excitement within a dense and shifting plot. There’s a novel villain, a viable threat, a buffalo stampede and a shootout, and that’s all before halfway through. By the end of the book, due to the machinations of others, the situation’s become far worse for Blueberry, and the story continues in Steelfingers. 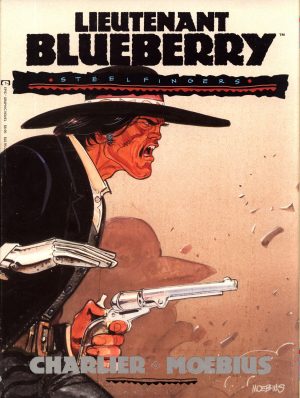 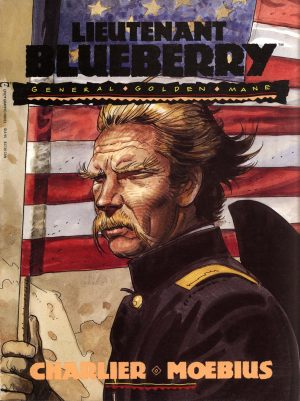 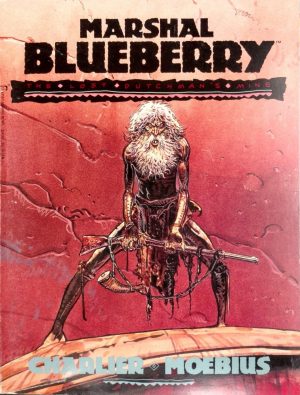