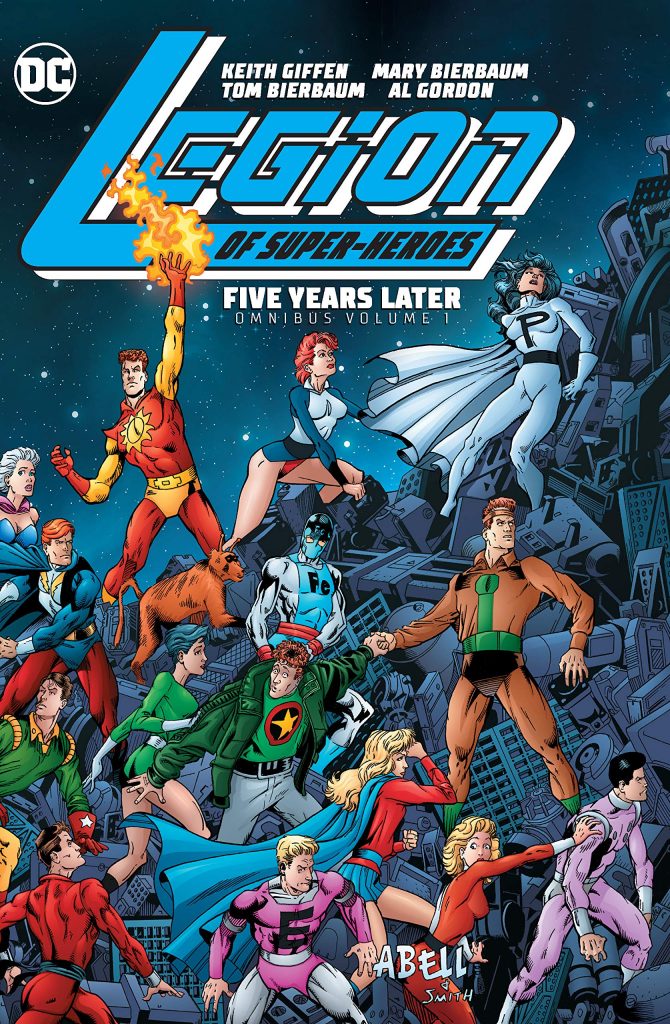 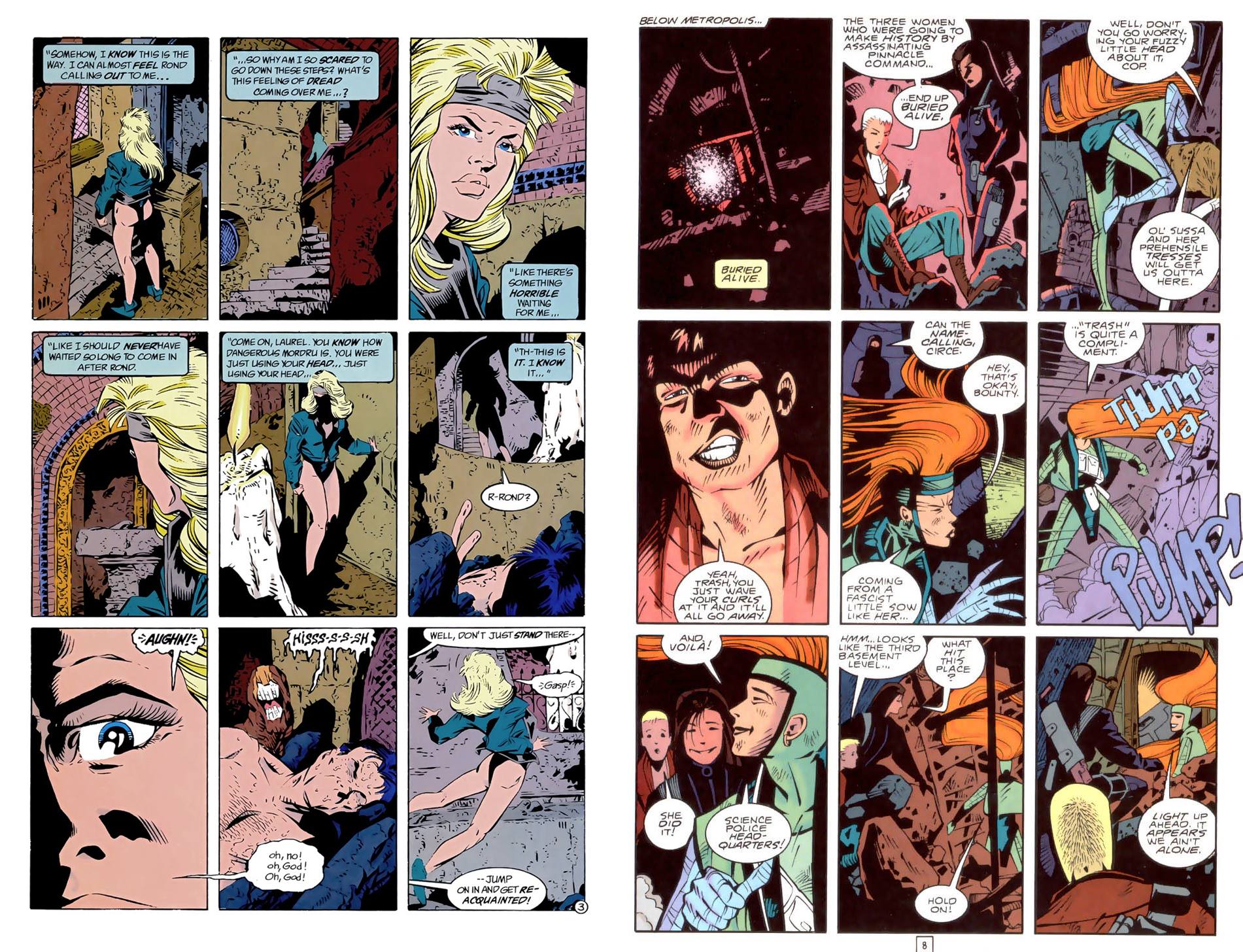 Five Years Later presents a puzzlingly neglected Legion of Super-Heroes run, dating from the early to the mid 1990s, yet never issued as graphic novels. 25 years later this Omnibus is grudging with internal credits, the most prominent being Dusty Abell’s for his horrible cover art. In 1991 he should have been told to draw proper people, and it misrepresents content where costumes and code names are deliberately scaled back, yet that’s what DC chose. The use is almost insulting. You have to consult the individual stories to learn the bulk are by Keith Giffen (co-plotter and pencil artist, sample left) and the team of Tom and Mary Bierbaum (co-plotters and scripters), with inker Al Gordon and subsequent penciller Jason Pearson, working from Giffen’s layouts (sample right), also contributing to some plots.

The team of fresh-faced teens zipping about the future are gone, the Legion disbanded. The first dozen or so chapters gradually fill in what’s happened to assorted Legionnaires amid the reasons they slowly come back together after five years, with text pages supplying more information. A clever early plot device enables the past to be rewritten, meaning even staunch fans can’t take anything for granted, and new characters have prominent roles.

Giffen draws around a third of the book, sticking rigidly to a nine panel grid, his style at the time mimicking José Muñoz, a unique look for superheroes to this day. It’s constantly complex and stimulating art that sometimes slips into abstractions, and applies thoughtful designs. Pearson draws around a third as well and maintains the format, which isn’t required of other listed artists, most of whom only draw one or two chapters. Brandon Peterson is the exception, delivering solid superhero art, but unsuited to what’s been established. As subsequent careers prove, artists like Stuart Immonen and Chris Sprouse were little known, but well chosen.

Five Years Later is an incredibly dense reclamation saga plotted on a breathtakingly ambitious scale. In standard superhero comics the heroes deal with one threat then move on to the next, yet this plays out on a wider canvas with almost all the Legion’s primary foes considered. The Khunds have over-run the galaxy. The Dominators may or may not be helping them and covertly control Earth. Mordru, the Time Trapper, Glorith, Universo and Roxxas all have agendas, with other known faces seen besides, while along the way the history of the Legion is provided and recalibrated. It’s stunning. The caveat is that it’s not inclusive. Much may be ponderous rather than thrilling for anyone without at least passing knowledge of the Legion and their foes.

The TV-style writing team maintains a solid vision, but momentum stalls slightly when Giffen is unable to draw everything and before Pearson arrives. That’s a blip, and the story continues following a vast cast over many locations. It deals in tragedy, war, friendship, gender identity and even introduces a second, younger, Legion, working its way to a surprise ending to be followed if there’s ever a second volume.

Any collection running over 1400 pages is going to have weak spots. Gordon’s writing reprising a Legion highlight over four chapters, and on Timber Wolf solo doesn’t match the other material, and on occasions the Bierbaums alone also falter. A long Valor story features a neat piece of continuity glue, but drags on way too long. These are exceptions to constantly intriguing genre-mashing unafraid to alter the cast or the status quo. The bulk of this collection is still wonderful. 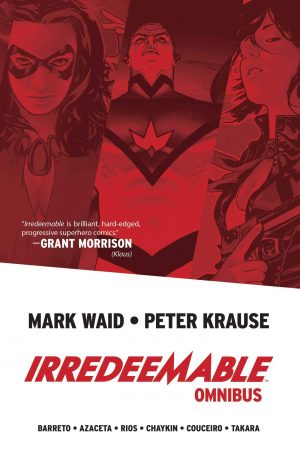