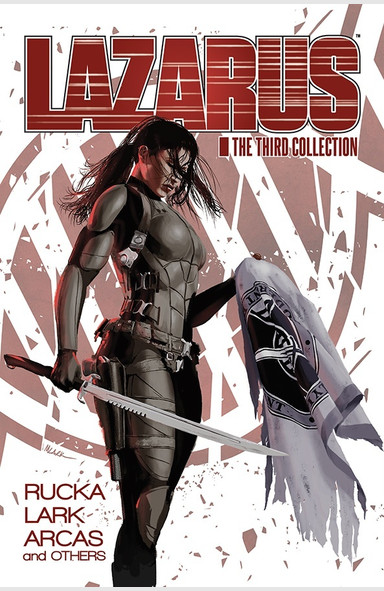 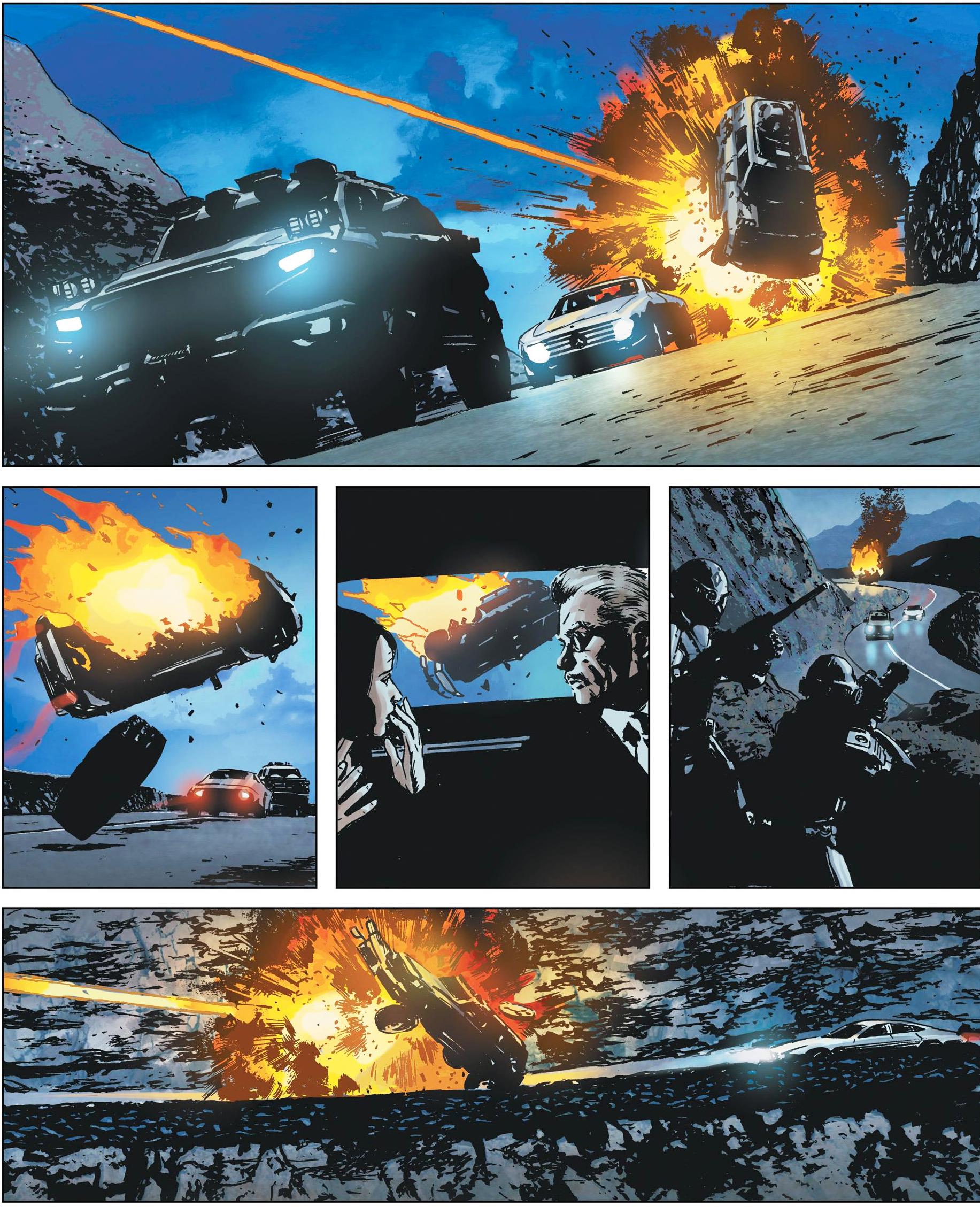 Lazarus, created by Greg Rucka and Michael Lark, is a dystopian science fiction series that has an unnerving relevance for the 21st Century. The Third Collection gathers Cull and X+66, the fifth and sixth books into hardcover format.

Cull opens at a point where war is raging between the two primary antagonists of Family Carlyle and Hock. Forever Carlyle, her family’s Lazarus, is recovering from wounds sustained at the Battle of Duluth while her wayward sister Johanna unexpectedly finds herself the Family’s new leader.  Johanna’s actions in the past have alienated Forever, but if both are to survive in a world where everyone is expendable Johanna needs to regain her sister’s trust quickly.  The sleeping giant that is the Vassalovka Family has joined the struggle and with them comes their Lazarus, the Zmey. Greg Rucka’s concept of the spoilt elite ruling over all like capricious gods gives a disturbing perspective to modern classism with a nuanced cast set within a thrilling plot. Michael Lark’s outstanding art (sample) accentuates the disturbing reality of war while also reflecting the simple aspirations that motivate all people.

X+66 is a collection of short stories seen from six different perspectives by new artists and writers though Rucka still helms the ship. Soldier Casey Solomon has been sent to try out for Carlyle’s elite unit The Daggers, while elsewhere the Lazarus Joaquim is caught between the conflicting loyalties of love and Family. Back in Carlyle territory couple Joe and Bobbie question whether their new life of luxury is worth the compromise to their own values. When Lazari Aalimah (Meyers-Qosimi) and Xolani (Nkosi) are sent on a dangerous mission together, their friendship is tested by contradicting orders from their respective Families. Journalist Seré Cooper is the “Face of the Post”, Carlyle’s sanctioned news syndicate, but when you get the scoop of a lifetime is it the loyal serf or the driven journalist who will win out? The final tale explores exactly why the Zmey is an enemy to be feared.

Artists Steve Lieber, Mack Chater, Justin Greenwood, Alitha Martinez, Bilquis Evely and Tristan Jones are all technically good. They use Lark’s artistic template yet add their own flourishes to form unique and engaging stories, all held together by colourist Santi Arcas’s palette. Writers Eric Trautmann, Aaron Duran and Neal Bailey are able to keep the story exciting as they work alongside Rucka. He has worked with most of these creators before, so high quality is ensured as they set the tone for future volumes.

Lazarus: Third Collection is as solid as it predecessors and while less fluid is richer for the individuality of each story X+66 in particular brings. Fans won’t be disappointed. The series continues with Lazarus: Fracture. 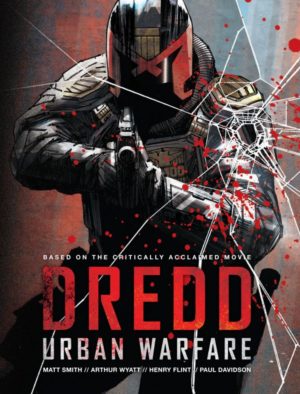