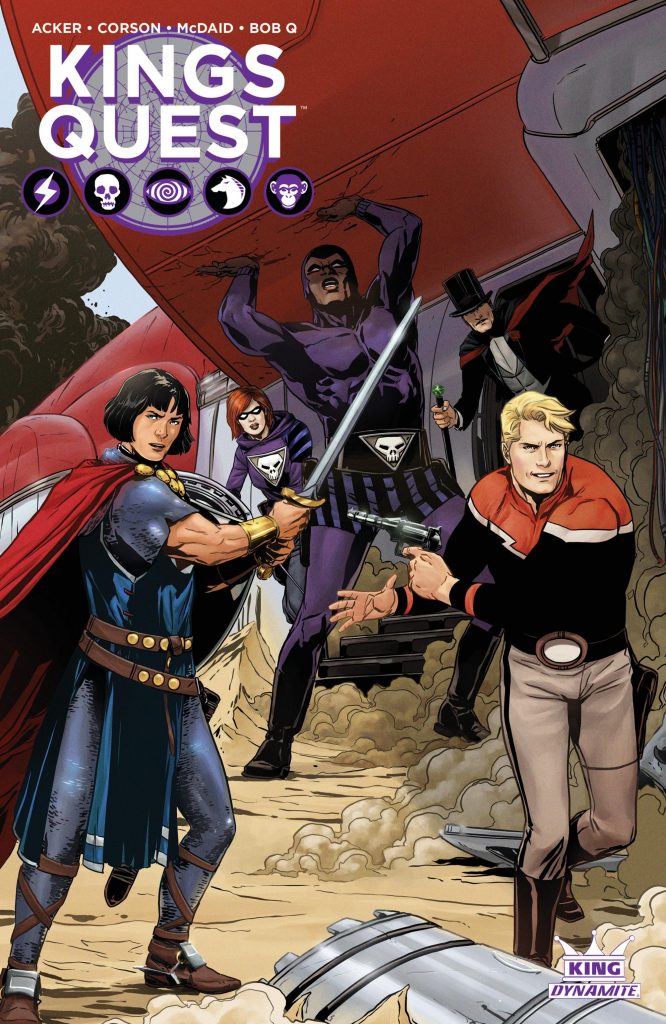 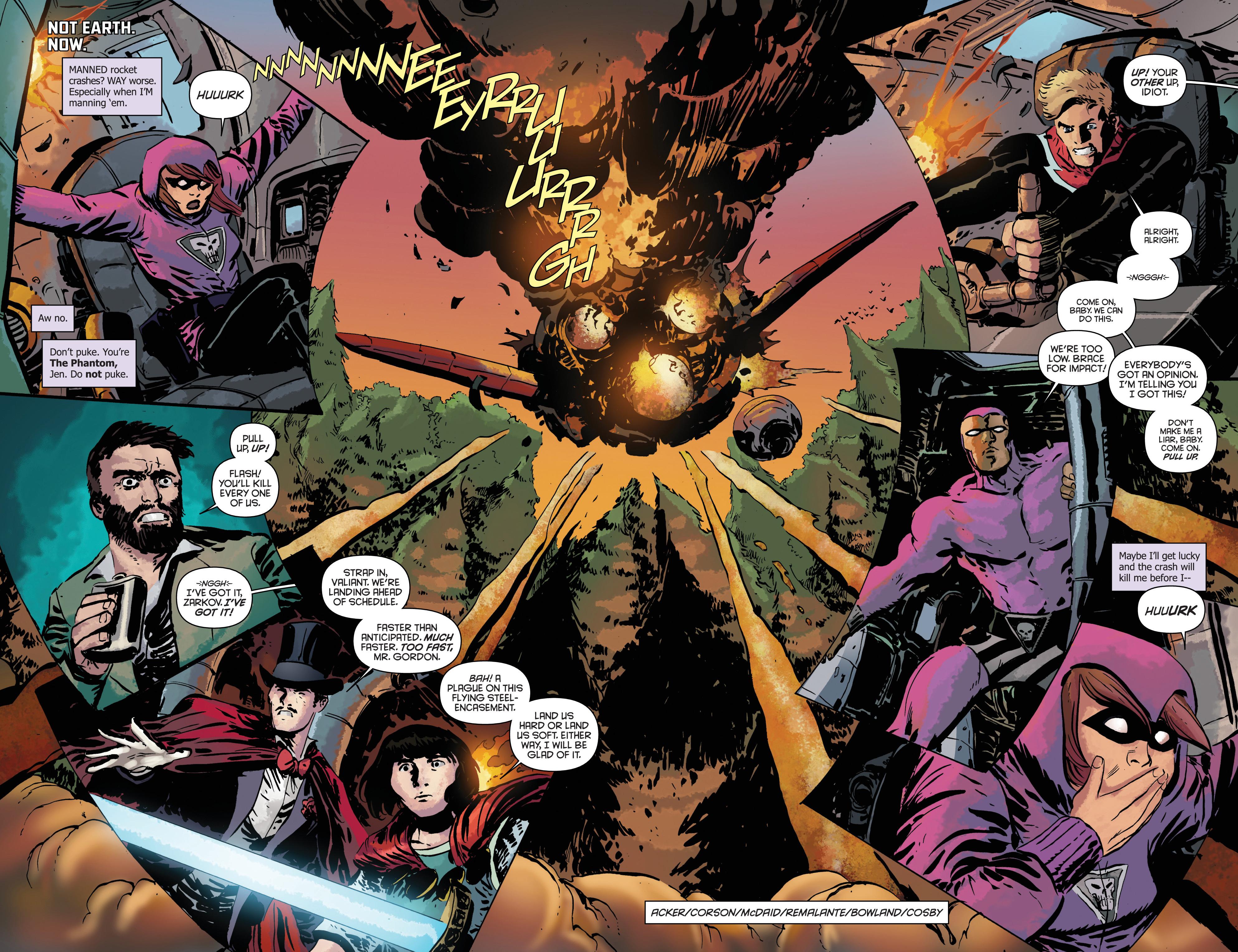 It became clear with The King Collection that Dynamite’s use of adventure heroes Flash Gordon, Jungle Jim, Mandrake the Magician and Prince Valiant is to be a continuing series of graphic novels with each leading into the next. The adventure heroes first united in Kings Watch, in which Ming the Merciless attempted to add Earth to his intergalactic empire, and was for the first time repelled. Since then, on various worlds, each of the heroes has fought aspects of Ming’s forces, but of the ensemble heroes only Flash Gordon has confronted him directly.

Two elements from The King Collection lead directly here. Dale Arden has been stranded on an alien planet and Flash is keen to rescue her, and a young Prince Valiant has been brought forward through time, transformed in the process, but somewhere along the way lies are being told. Ben Acker and Heath Corson separate the heroes into two teams with different missions, and they discover early that however they planned to rescue Dale, the task is far more difficult than assumed.

Acker and Corson deliver a plot with plenty of bombshells along the way, and one that features Ming the Merciless more intimately than previous series, living up to his name in numerous ways. What might otherwise be horrific is contrasted by the banter between the cast, which works most of the time, but also drops into irritation, particularly with an uncertain novice Phantom, while the science vs magic argument becomes tiring. A bleak hilarity to a wedding ceremony is notable, but the banter often substitutes for one note characterisation.

What finally tips the book down below average is the art of Dan McDaid. He seems to be aiming for the kinetic look of 1940s comics, but his layouts are uninspiring, which in turn highlights some very poor figures. His pages crowd what ought to be expansive and clutter what should be clear. Mind you, the writers are also guilty of obfuscation. There’s a considerable transformation of one character, or two aspects of them. One appears very much sensationalism for the sake of it rather than any policy of inclusion, and the other isn’t entirely explained. There’s a callousness to them beyond what they need to achieve, and then a very swift reversal.

There is a conclusion of sorts here, but the characters are seen again in Flash Gordon: Kings Cross. 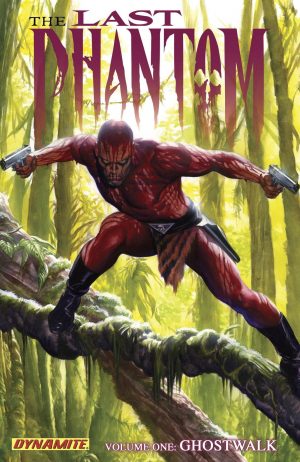