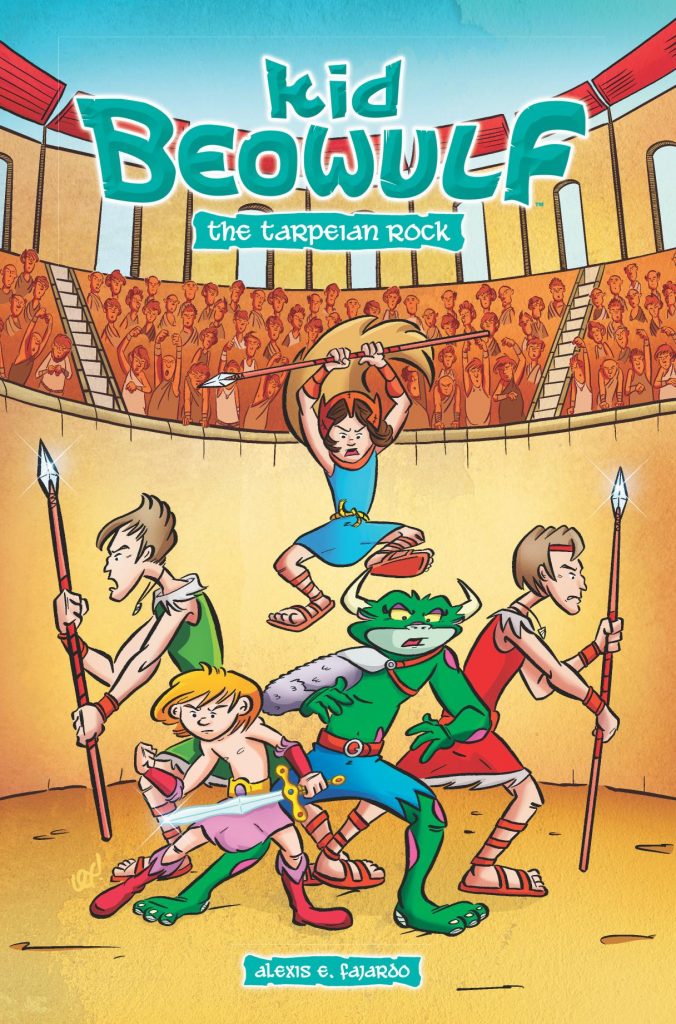 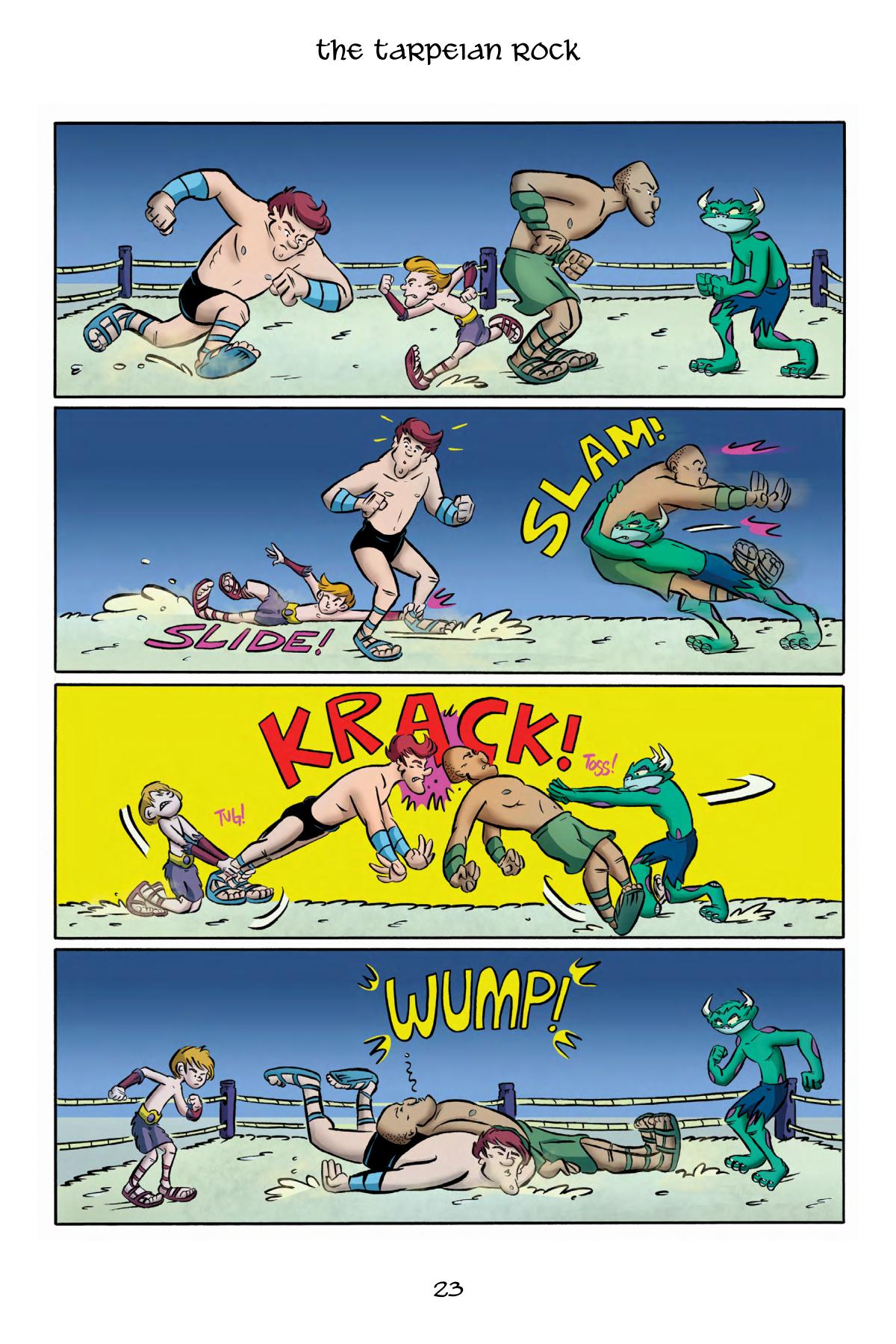 The Rise of El Cid concluded what Alexis E. Fajardo considered an introductory trilogy for Kid Beowulf, and with the introductions over, it seems as if Beowulf is now heading to the crowning glory of his era: the city of Rome. Fajardo, though, springs the first of many surprises after the now customary rhyming prologue supplies the background to the city’s foundation and early days.

Legend has it that twins Romulus and Remus founded Rome, and they’re introduced as irrepressible youngsters as it’s revealed how unfair society was before Rome existed, when the Sabines were the dominant people. Every year the locals had to sacrifice one of their own as the price to be left in peace for the remainder of the year, and in The Tarpeian Rock it’s the man who’s been a father to Romulus and Remus who’s taken. They’re teenagers by that point and there’s considerably more to their entertaining story, but that’s best read. They meet Beowulf and Grendel who’ve been brought to the Sabine festival as slaves to fight in the gladiatorial arena.

If it seems there’s a lot of background to process, that’s because there is, but Fajardo, as always, ensures this is painless via thrilling adventure. He introduces the main characters, and while we come to know them we also absorb that background. In addition to Romulus and Remus we meet their friend Tarpeia, after whom the rock of the title is named, and in the Disney animation tradition, Fajardo is a great fan of cute animals who’re smarter than they look. There’s a growing part for Hama the pig spotlighted in earlier volumes, but the star turn here is a brave silent bird, Pici, almost a brighter version of Woody Woodpecker.

There’s a consistency to the way Kid Beowulf looks, with Fajardo strong on movement and the creation of a sympathetic cast while packing the panels with detail, and by halfway we’re following several characters in different places, most trying to rescue someone. He’s a natural storyteller, and very adept at subverting expectations. Older readers will be fooled and younger readers will thrill to the escalating tension as it seems not everyone will get what they want. It should also be noted how deftly Fajardo tones down what are some quite gruesome ideas and events, ensuring the all-ages designation can still apply.

A single wrong note concerns Fajardo’s prologue revealing the fates according to legend of the characters we sympathise with all the way through in his alternative telling. That would have been better left for the bonus material near the end, where it would equally display how cleverly his story twists those legends, especially that of the Tarpeian Rock. Twenty pages of background material are supplied, including pictures from Fajardo’s research trip to Rome. Four volumes in, Kid Beowulf is a solid crowd-pleaser, and each successive adventure is something to be anticipated.