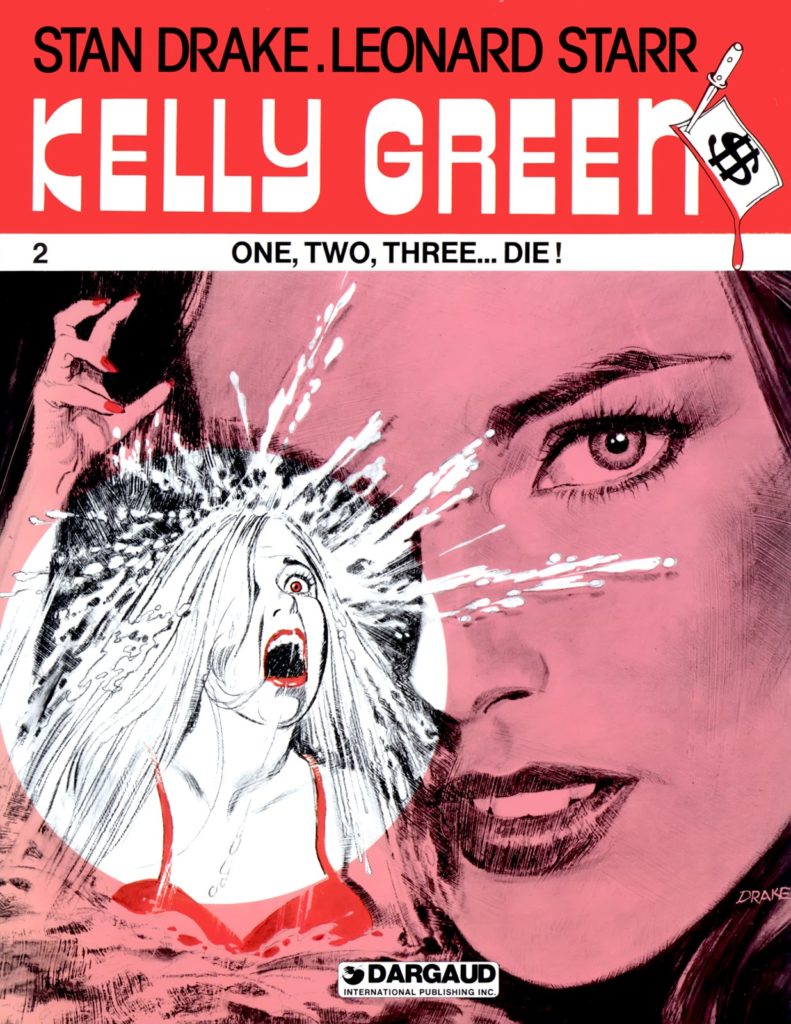 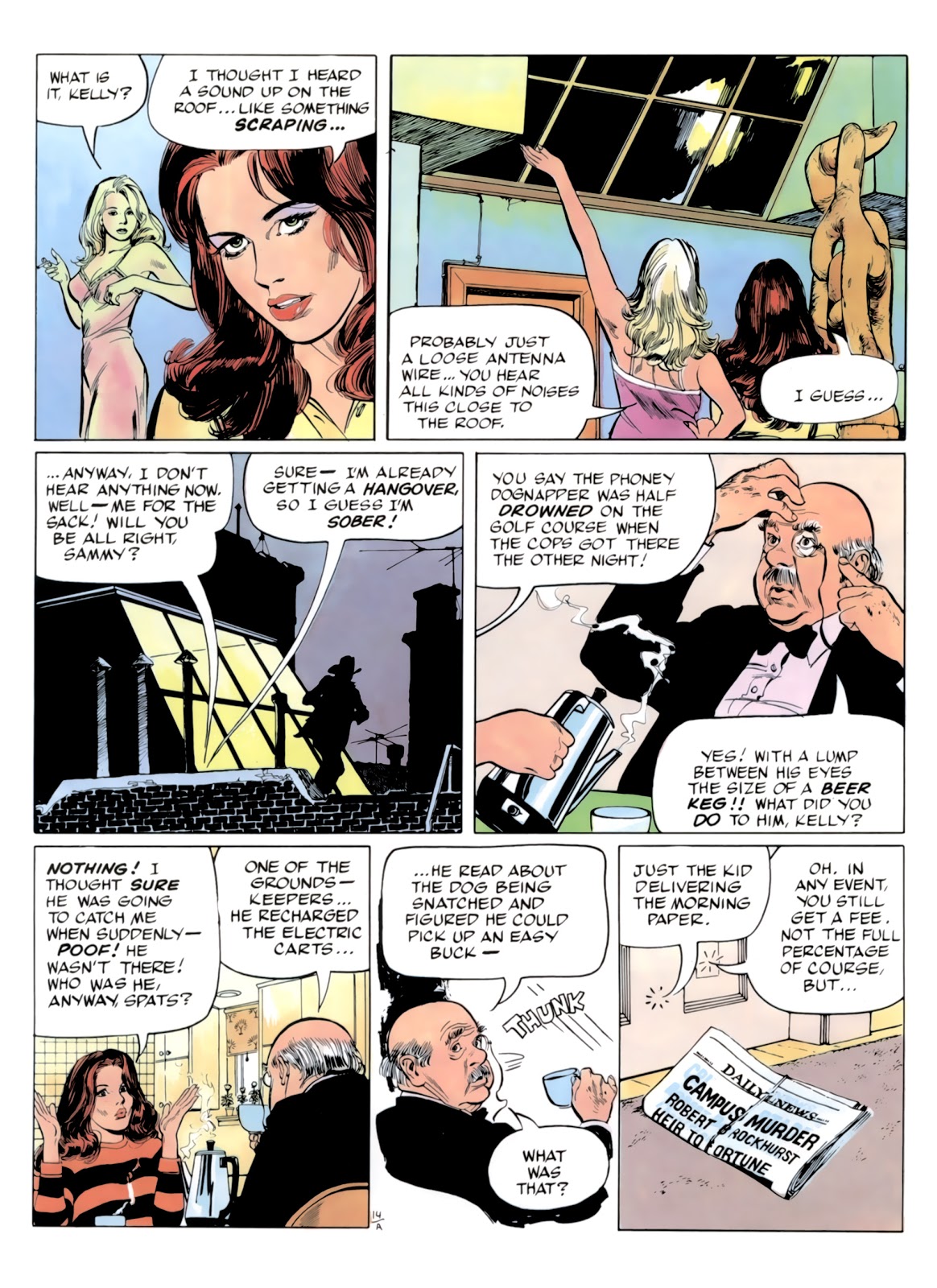 The widowed wife of a murdered policeman, Kelly Green continues her life by acting as an impartial go-between delivering money packages to kidnappers and blackmailers. Scripts are the work of Leonard Starr, while Stan Drake provides the art, both of them newspaper strip veterans by the time they produced Kelly’s adventures in the early 1980s.

Starr uses narrative shortcuts that sometimes defy real world logic. For instance, why would a wealthy man send his daughter a telegram informing her of her sister’s death instead of phoning? It’s to involve Kelly quicker, and inform readers about what they’ve already seen in a prologue. The subsequent use of a luminous golf ball also owes a lot to chance, but it’s been efficiently set up. So is most of the remainder. Kelly’s landlady is the recently bereaved, and that’s combined with a plot about a kidnapped dog. A variety of shady characters are introduced as possible suspects, all drawn as marvellously distinct by Drake, and the reformed criminals introduced in The Go-Between are less clumsy this time, now whimsically endearing as intended.

As far as English language graphic novels go, for 1983 this was racy stuff, sympathy fucks hardly usual for the times, and nor was presenting one character as a completely callous bastard, the telegram perhaps making sense after all. Also unusual for the times is depicting a very personal method of revenge, although that’s not as explicitly drawn.

Attention to detail and overall care on Drake’s part meant this was an up to the minute looking graphic novel when originally released, which now makes it a perfect period piece. Accept that it’s not hard boiled realism and One, Two, Three… Die! is still a page turning read, and the title smarter than the vague sensationalism it first appears. Seasoned mystery readers are likely to figure out one aspect of who the killer is, but Starr has a surprise in store there, so a step up from The Go-Between, and increasing anticipation for The Million Dollar Hit.