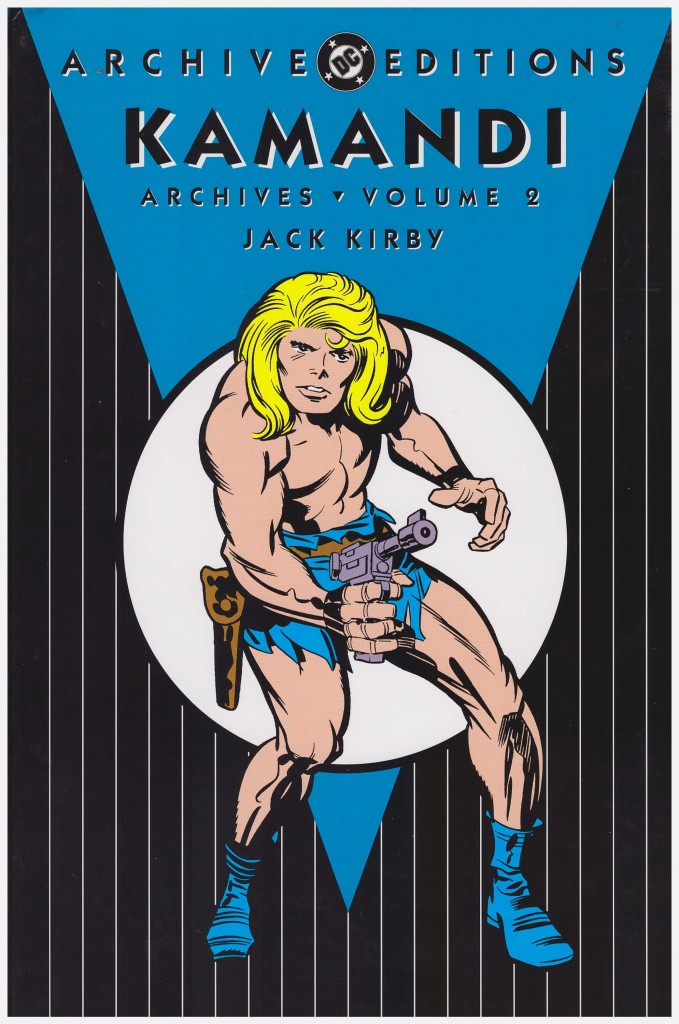 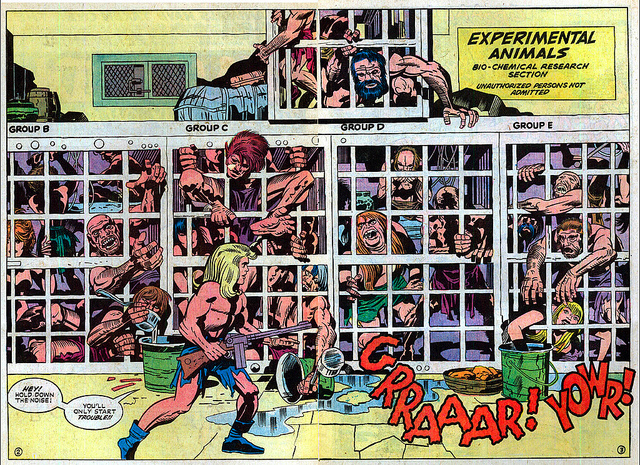 The first archive edition introduced Kamandi and his inverted world where animals rule and humans are near-mindless, and this selection of material is even stronger.

It begins with the longest Kamandi sequence Kirby would produce. Over four chapters Kamandi meets leopard pirates, is enslaved, and delivered to Sacker’s department store as merchandise. Kirby teases with the threat of a monster in the pit, initially drawing the giant creature swathed in cloth fastened with belts, and that opens out into a trip to the races. Every time Kamandi believes himself free he’s rapidly locked in once more. It’s a story that tugs at the heartstrings in a manner comparable with Flower’s tale in the first volume, and contains a deliberate echo of that story.

The peripatetic structure of Kamandi suited Kirby’s fertile imagination. Provided Kamandi survived the previous encounter, Kirby could throw in his latest idea with little disruption to any ongoing narrative. An example is Kirby’s fascination with the 1930s gangsters of his childhood, and he sometimes shoehorned them into his material however incongruous it might seem in Fantastic Four. In Kamandi it works as a change of pace. Now inured to talking bipedal animals with guns, a trip to Chicago provides this throwback to the past.

Before that Kamandi has been reunited with some friends from volume one as Ben Boxer, the nuclear man, Doctor Canus and tiger Prince Tuftan re-appear. Then there’s the secret of the Watergate tapes. Kirby snatched the basis from the contemporary news, but transformed the associations of the name into something else entirely as it’s revealed to the readers, if not to everyone else, how Washington Zoo was instrumental in the foundation of this new world.

Kirby’s art is slightly modified by the supplanting of Mike Royer as inker by D. Bruce Berry towards the end of this collection. Berry has a lighter touch, but both preserve the essence of Kirby by resisting any temptation to tidy the fantastically energetic pencils. Royer relies more on shadow, but they both follow Kirby’s lines rather than adding a polish.

For those buying the archive series the bad news is that it ends just before one of Kirby’s best Kamandi stories. The good news is that the more recent, if unwieldy titled Kamandi The Last Boy on Earth by Jack Kirby volume two picks right up to reprint the remainder of the material he created. The run in its entirety can be found in the Kamandi The Last Boy on Earth Omnibus.