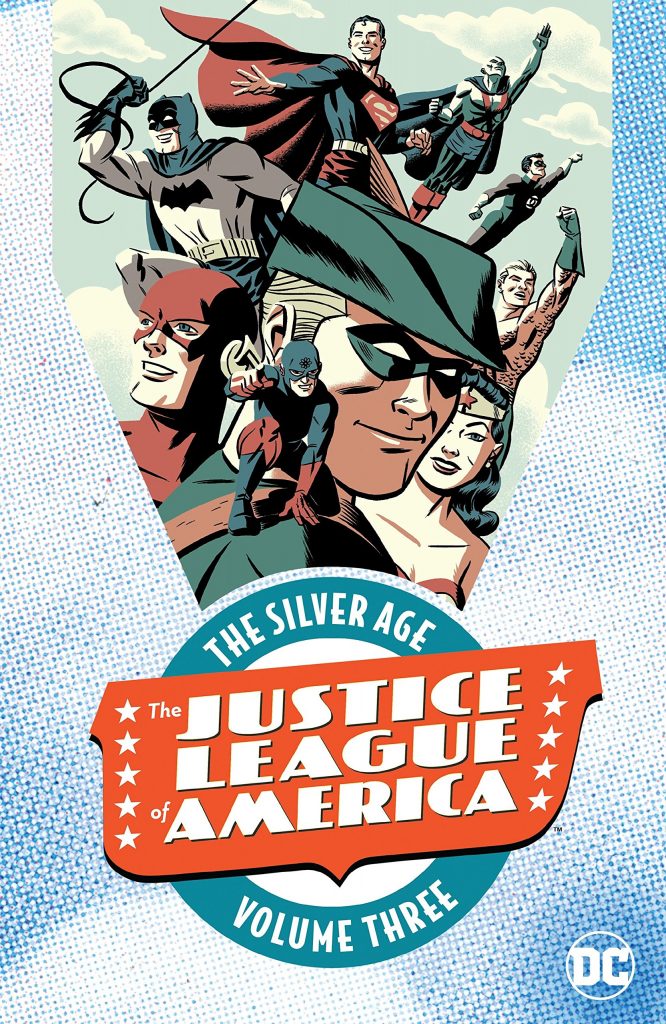 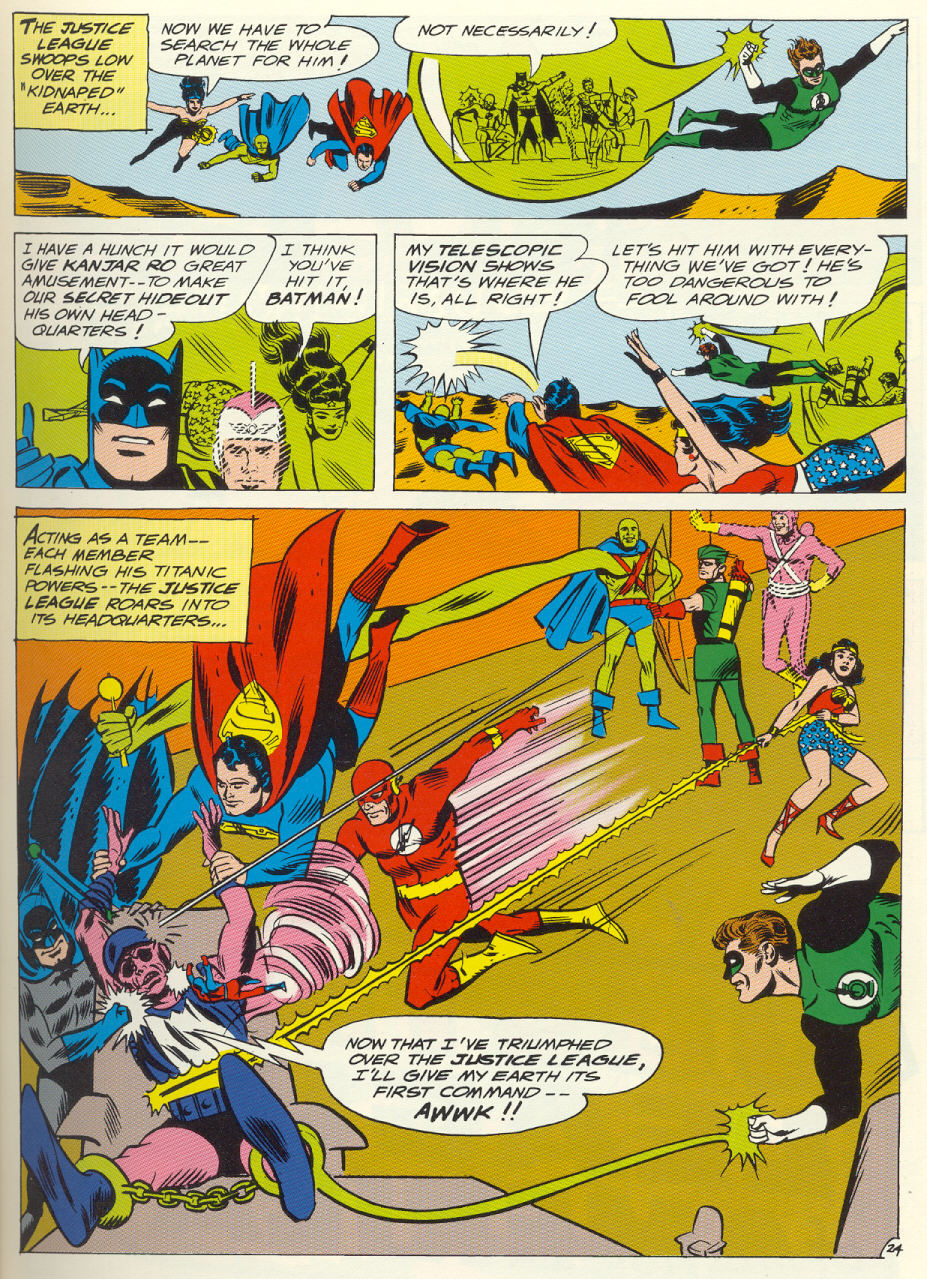 A third paperback selection of the Justice League’s earliest adventures again showcases the early 1960s as another country. The static creative team alone indicates that, this being the third consecutive volume where Gardner Fox writes everything, and all the pencil art is by Mike Sekowsky. That pairing would last another four years. It was also the era where a dynamic cover concept would provide the springboard for the content within, sadly not living up to what’s stimulated in the imagination on seeing a giant man ripping a skyscraper from its foundations or the Justice League on a protest picket.

For readers now of pensionable age this does contain the bona fide classic of the Justice League meeting their 1940s counterparts in the Justice Society of America. “Use the crystal ball to summon the Justice Society to Earth One”, instructs the Flash, “They won’t be bound by the magic that hampers you”. Fox loves a plot where the tables are turned by a switch, but it was usually Wonder Woman taking on Aquaman’s foe leaving Aquaman to take on Green Lantern’s villain. Bringing heroes over from another world was a big deal. The concept was so successful it would bear repeating annually for a further seventeen years, and the first reprise closes this selection as the teams united against a form of evil Justice League, the Crime Syndicate.

Until these stories, whenever Fox needed a new alien menace he’d invent one, but for the first time here he starts re-using previous menaces, Amazo, Despero and Kanjor Ro all returning, now with revenge on their minds. Despero has the best plot, transporting the Justice League to worlds where their powers no longer function, but throughout Fox prioritises scientific solutions, educating as he entertains. Well, sometimes. You can’t really transport the Justice Society from Earth Two via a crystal ball, but they’re working on it at the Pentagon, so perhaps some day…

Sekowsky’s art is goofy splendour. He twists the Justice Leaguers into strange positions, sometimes because he’s trying to fit as many as he can into a panel, but like Jack Kirby, he’s great stylist whose art is completely internally consistent. Rumour has it that he drew as fast as Kirby as well, able to knock out a 25 page story in a week, and look closely to see the simplicity of the shapes forming anything other than people. Yes, that is Adam Strange in the sample art. He stops by to help deal with Kanjar Ro.