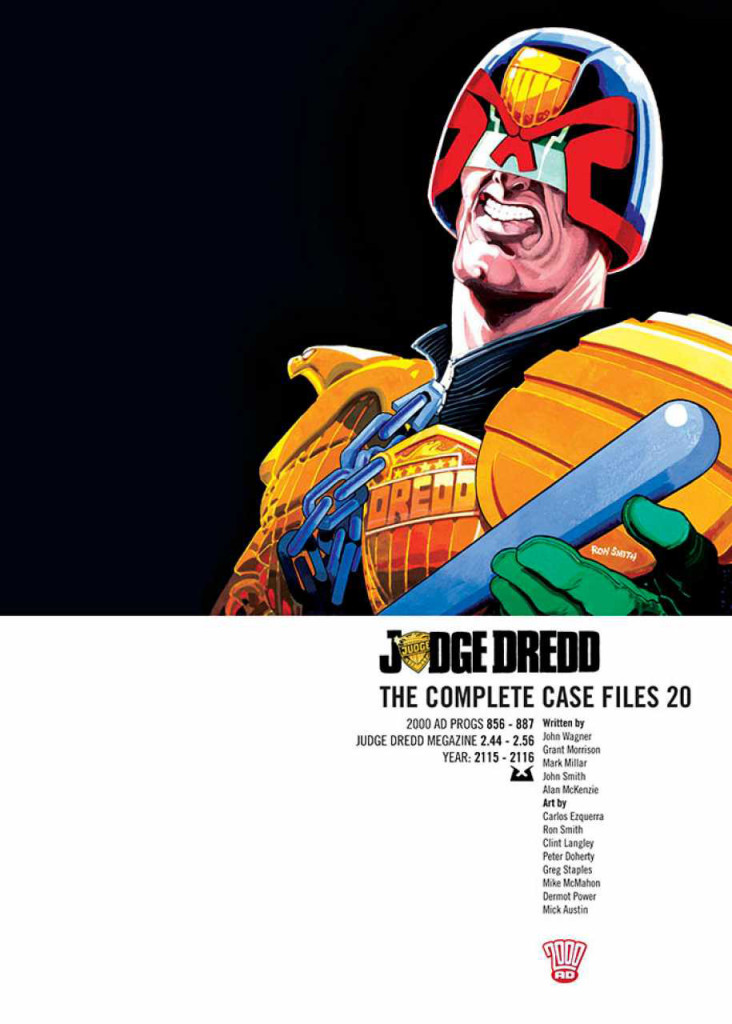 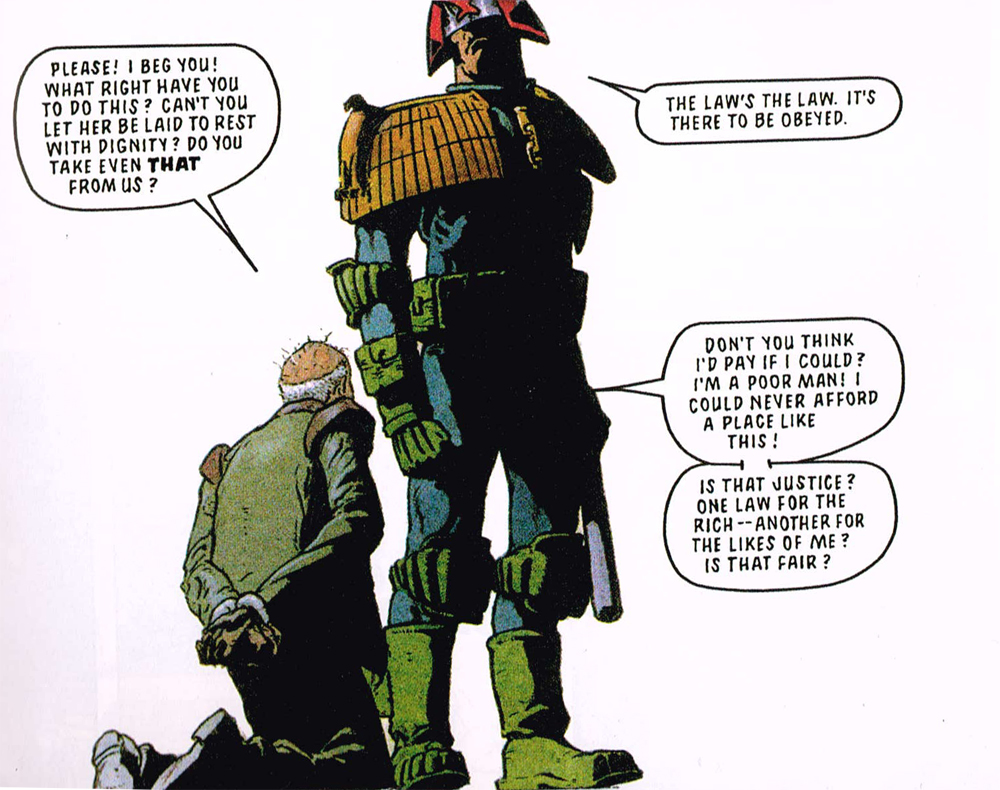 Case Files 20 opens with John Smith’s ‘Roadkill’ and a plot repeated so often it’s in danger of becoming a trope: an aggrieved (and thought to be dead) thug returns as part of a machine – a car this time – to wreak vengeance on his surviving gang members. Peter Doherty delivers some nice artwork though, so it’s not a bad start.

Next, Grant Morrison and Mark Millar write one of the longer tales in this collection: ‘Book of the Dead’, (available as a book on its own). Sadly, their Dredd is a bit of a dick, though the story rattles along like an Egyptian-themed Aliens, there’s mayhem, machismo and biting wit aplenty, and Dermot Power’s art is slick and dynamic. Millar writes five other stories in this volume and none work terribly well. Dredd’s world is outlandish and often silly, but it still adheres to an internal logic that Millar seems oblivious to, choosing instead to portray Dredd as a psychotic superman lacking any sense of justice, which is surely Dredd’s defining quality.

Yet another old favourite – Dredd travels outside his jurisdiction and upsets the locals – is trotted out as ‘The Sugar Beat’ by Sonny Steelgrave (actually the alias of editor Alan McKenzie). Ron Smith’s artwork is less fussy than his black and white work, and the story is fun, even if we’ve seen it all before. Steelgrave also writes ‘The Manchu Candidate’ and ‘The Enemy Below’. The latter has poor Clint Langley art and a plot with more holes than the flooded iso-cubes Dredd has to enter. ‘Scales of Justice’, written and illustrated by John Higgins, is pretty good, despite difficulty in establishing what’s actually going on.

The material reprinted from the Judge Dredd Megazine section opens with ‘It’s a Dreddful Life’, by Jim Alexander and Robbie Morrison. An amusing take on Capra’s It’s a Wonderful Life, the story features the return of many familiar faces from Dredd’s past, and Colin MacNeil handles the artwork with consummate skill.

‘Bury My Knee at Wounded Heart’, written by John Wagner and drawn by Peter Doherty, is quite simply the best story in the entire collection. Positive fan response to this story was to prove useful in encouraging Wagner to return to Dredd, which, after a three-year absence, he did.

An abrupt change of tone for the light-hearted ‘You Are the Mean Machine’, with lovely art by Greg Staples, is followed by another hard-hitting tale by Wagner (again concerned with death). However, it’s not as affecting as ‘Bury My Knee at Wounded Heart’, and Jim Vickers’ artwork is a stiff, which weakens the story.

The final two stories, by Wagner, feature artists who had worked on Dredd back in the Golden Age of the 1980s. Ian Gibson does a fine job on ‘Giant’, which sees the rookie Judge accompany Dredd for his final assessment. Gibson dials down the cartoony elements of his work, and this is a solid old-school story. Then we have the return of Mike McMahon on ‘Howler’. McMahon is responsible for some of the very best art ever to feature in Judge Dredd, but that was a million miles from what he turns in here, with panels stylised almost to the point of cubism. And it’s an odd story, even by Dredd standards. Very disappointing.

Like many in the series, this collection is good, bad and indifferent, and suffers from having too many hands at the wheel, though it’s good to see Wagner back working on the character he does better than anyone.