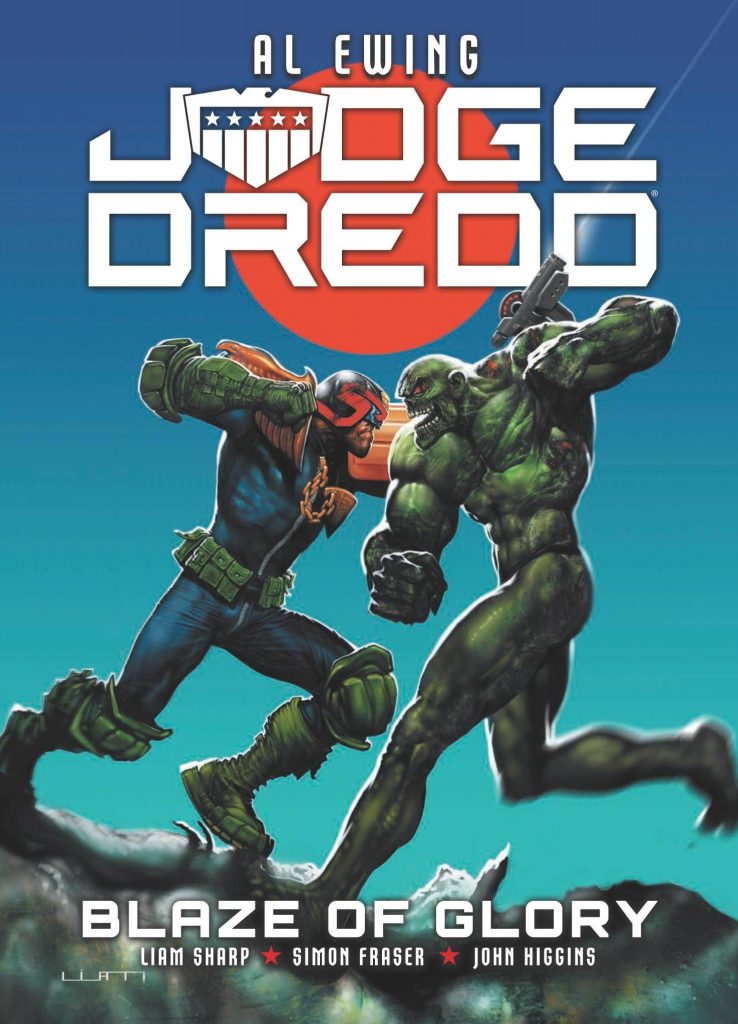 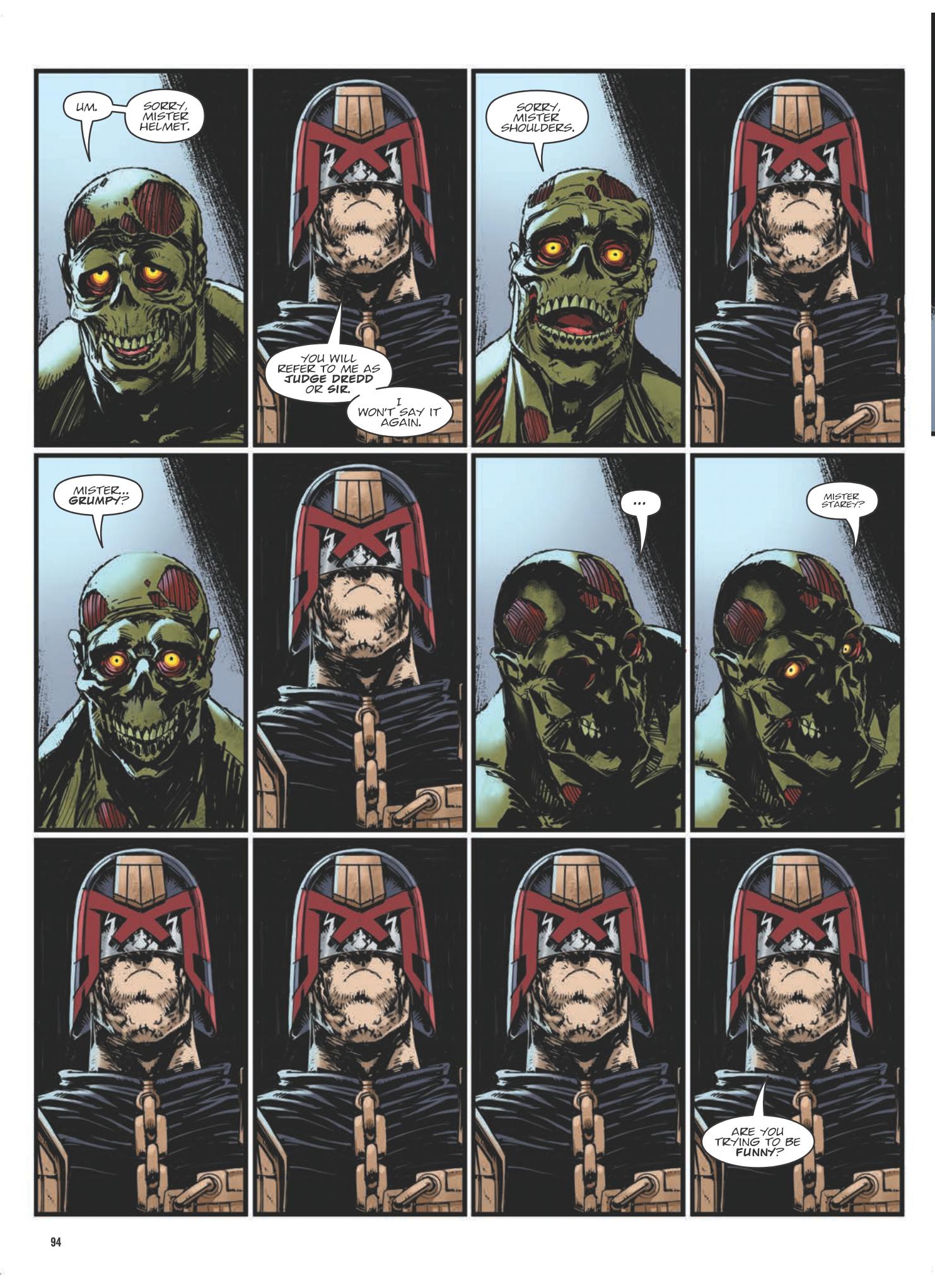 With Al Ewing’s profile having been raised considerably by the depth and innovation of his Immortal Hulk series, a collection of his one and two part Judge Dredd stories certainly makes financial sense. The result is a really mixed bag as some are among his earliest 2000AD work, and others were only printed in the comic a year before this collection.

What the early strips show is that Ewing’s always had good ideas, and he’s picked up on the mixture of action and humour characterising the best stories by John Wagner and Alan Grant, who’re still the gold standard. However, the pacing and focus needed some work. Everything suddenly slots into place, though, with a story about Mega-City One’s equivalent of a waxworks. There’s a clever idea, pathos, humour, crime and Ewing with Leigh Gallagher achieve the impossible in making Adolf Hitler a sympathetic character.

There’s not a true sense of Ewing’s progress, though, as these short stories aren’t sequenced chronologically, all 2000AD work instead preceding stories that first appeared in the Judge Dredd Megazine. The ordering makes it seem as if Ewing had just nailed it with the Hitler story, then slipped back into old habits again. What’s to be admired is the variety Ewing supplies. Mega-City One and its surroundings provide a rich playground and he doesn’t stick to one type of story, nor does he just recycle old ideas. Spugism has a doctrine of everyone being born in absolute grace, which is maintained by doing spug all. It echoes classic Wagner and Grant without imitating them or feeding off their ideas beyond the theme of a wacky religion. Smooth John Higgins art seals the deal.

Ewing’s Zombo, a character able to confound even Dredd returns in a neat story drawn by Jake Lynch (sample art). It’s the most recent inclusion and provides laughs, action and social commentary, being written at a time when the UK’s unfit for purpose Home Office was navigating another scandal. Dredd is sent to check the holding cells of those applying for immigration to Mega City One, and Ewing caps a fine outing with a great ending.

Liam Sharp draws the title story, featuring a wryly clever rhyming narrative. The focus might be on action hero John Blaze, but the pictures indicate a different movie character with the same initials. It’s very silly, hugely enjoyable and Sharp’s digital wonder brings it all home.

By the final story Ewing gives us Dredd vs Santa, which has probably been done before, but possibly not with such a hefty dose of cynicism. The surprise is best kept, but you know they’d try it if they thought they could get away with it.

There’s a spirit to even the stories that don’t work all the way through, and as a collection Blaze of Glory is a statement of good editorial policy. Creators aren’t John Wagner or even Al Ewing straight out of the gate, and first rate Dredd only comes from letting them find their feet. The best stories here are great, and nothing dips below average, with the same applying to the art.