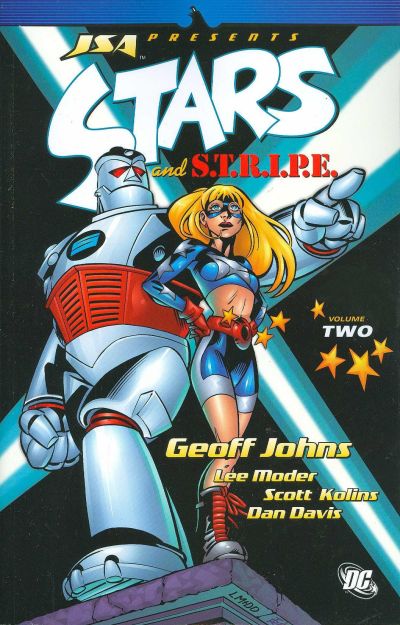 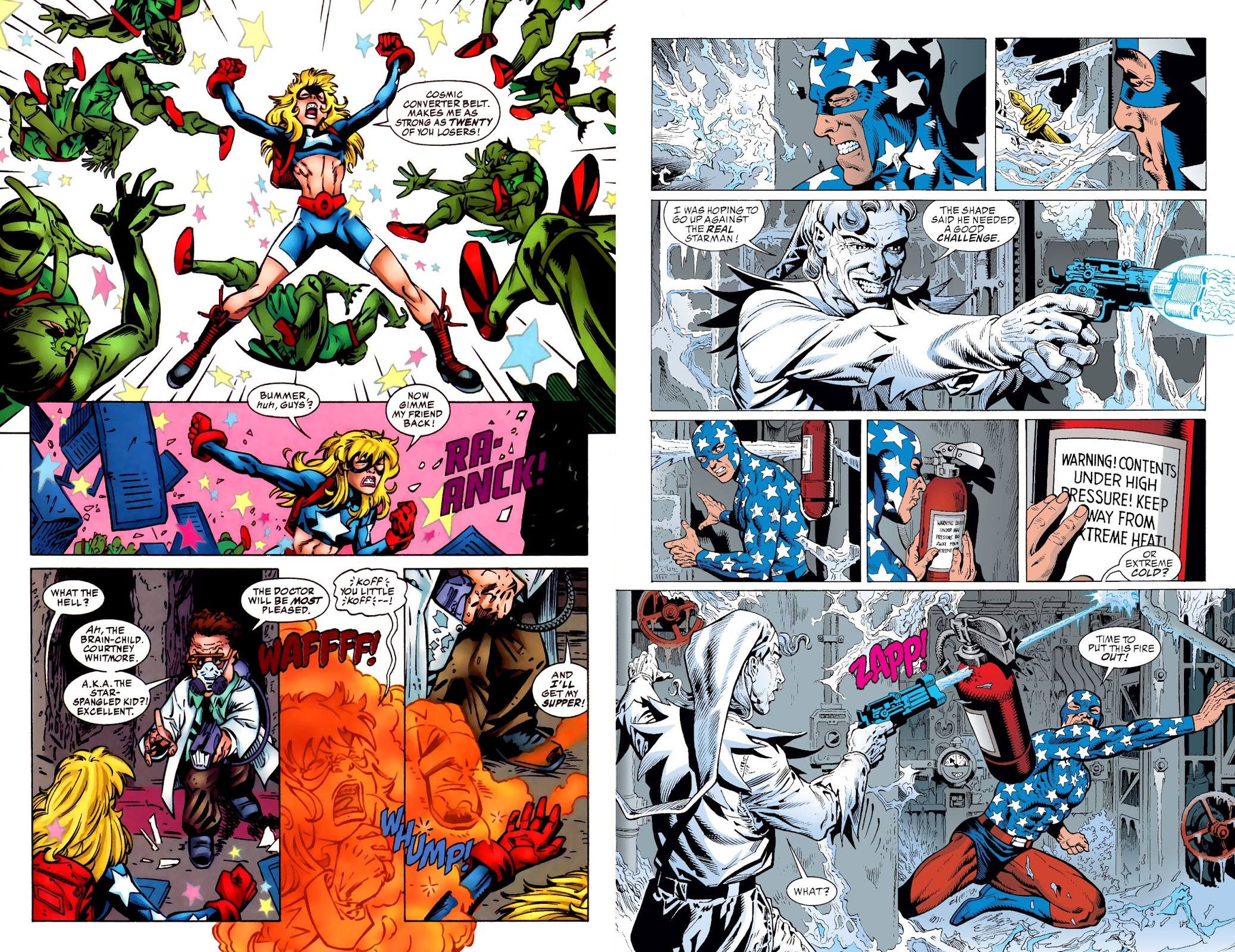 Geoff Johns’ introduction to the first volume of Stars and S.T.R.I.P.E. notes he’d intended the series as one to appeal to young girls. On that basis Courtney Whitmore is an appealing lead character, and while her surroundings may have dated since 2000, her basic personality stands the test of time. Equally, perhaps not matching Johns’ intention of a comic for girls, this is a marginally better selection of stories than Volume One.

That’s largely down to the art not being all by Lee Moder. Scott Kolins would become a constantly evolving artist, and his early work here is a starting point, very traditional, but with a strong sense of storytelling already (sample left). He does design a fantastic robot, though. Moder’s still frustrating, a talented cartoonist producing too many messy pages where it’s not easy to figure out what’s happening and the viewpoints are pulled in too close. It leaves Chris Weston’s single contribution (sample right) as the artistic highlight. The only downside is that Courtney doesn’t feature on his pages, which concern a look back at the Star-Spangled Kid in the past. The connection is that she wears his costume and uses his technology.

Pat Dugan, now using an armoured suit as S.T.R.I.P.E. was once a member of the Seven Soldiers of Victory, and the activities of their members occupy more space than Courtney’s social life. The collection opens with Pat relating his past, explaining how it is he was active in the 1940s, but still looks to be in his thirties, and closes as Courtney teams with the Justice Society. It’s a shame the collection doesn’t include the two JSA chapters preceding this ending, but it’s rushed to a conclusion, leaving most of the final chapter for Johns to wrap up other plots.

These are fun stories, but while Johns was ahead of his time in attempting to create a comic for young girls, he was also severely misguided in thinking they’re going to be interested in content tinkering with the continuity of obscure 1940s superheroes. Fans of certain vintage will probably enjoy seeing them, though.

When the Stargirl TV show was launched this was combined with Volume One as Stargirl by Geoff Johns.