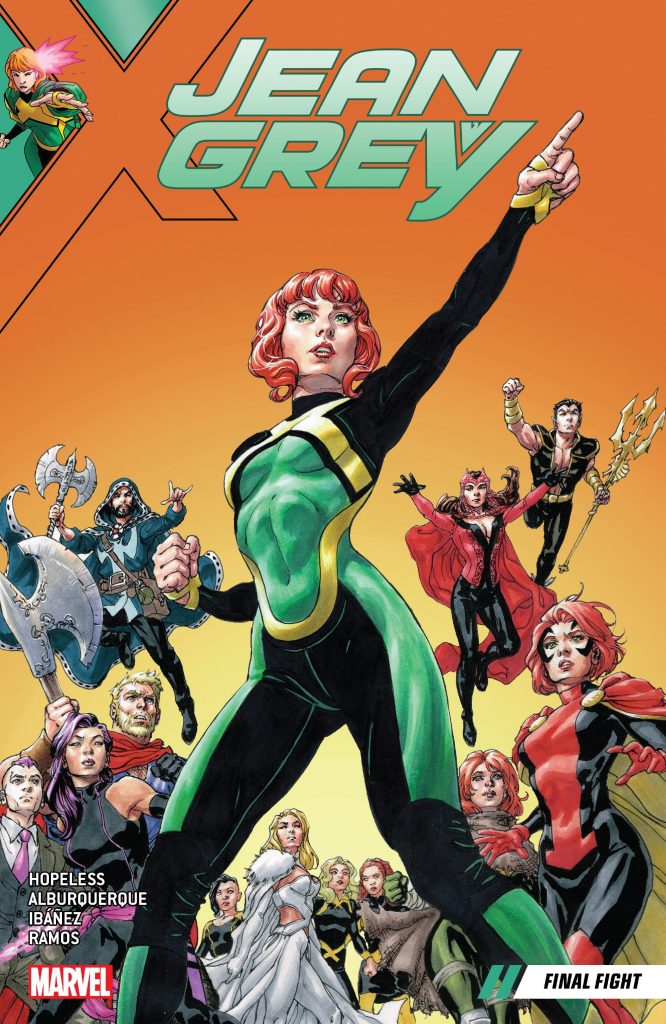 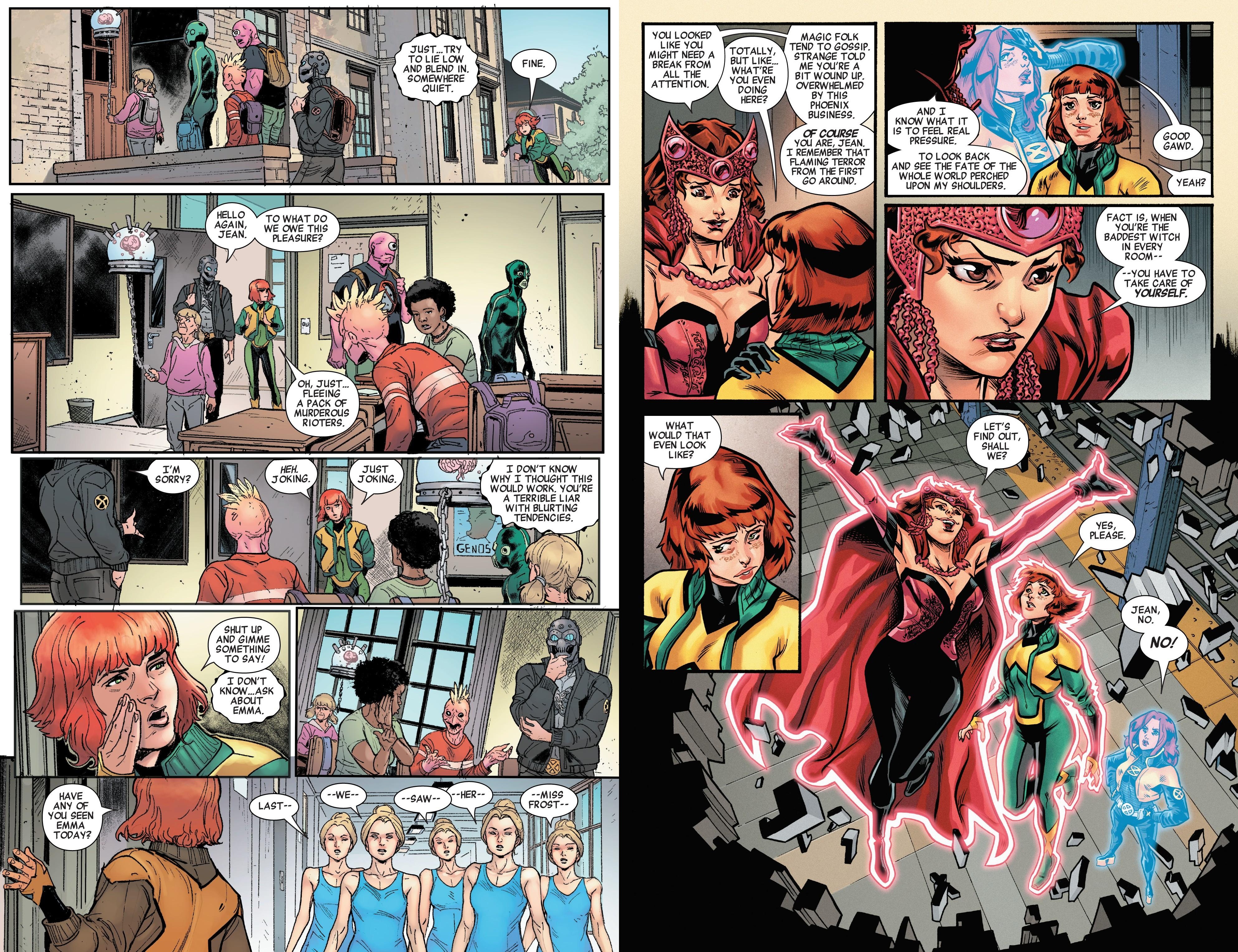 Is it inevitable that the younger Jean Grey transported from the past to the 21st century will also be possessed by the Phoenix force? This Jean isn’t keen on the idea, and isn’t taking chances, so Nightmare Fuel saw her seeking out people who could teach her how to fight and discovering just what that voice in her head was. Her alternate, older, dead self, was revealed. That alternate, older, dead self isn’t really attuned to the younger version, and despite the intentions being good, they grate on each other as Jean continues her tour of Marvel characters who might be able to help her avoid being possessed.

Just before it becomes too tired, Dennis Hopeless puts the brakes on Jean consulting other superheroes, with the opening meeting with the Scarlet Witch fun, but not as intense as her earlier encounters. The addition of the grumpy older ghost of Jean Grey works well in providing a wild card presence, but this requires transforming the previously likeable personality into a bad-tempered nag, and that’s annoying. When Emma Frost is actually a more sympathetic character, there’s something wrong. It’s not the only wrong note, as the final chapter’s flit through the X-Men’s past really comes across as page filler as it works its way to a confrontation between Jean and the Phoenix force that’s a bit of a damp squib as an ending. There is a coda that will make little sense unless you’ve also read Phoenix Resurrection.

Victor Ibáñez and Alberto Alburquerque split the art, with Ibáñez the better turn. He lays out the scenes more efficiently and his characters look better. Alburquerque can turn out one hell of a pin-up page, but doesn’t impress as much when it comes to the smaller scenes, and there are a couple of really wonky figures on his pages.

This series was seemingly always intended as time-limited, and while Hopeless has a nice handle on the younger Jean Grey’s personality, the team-ups of Nightmare Fuel provide the more entertaining read.