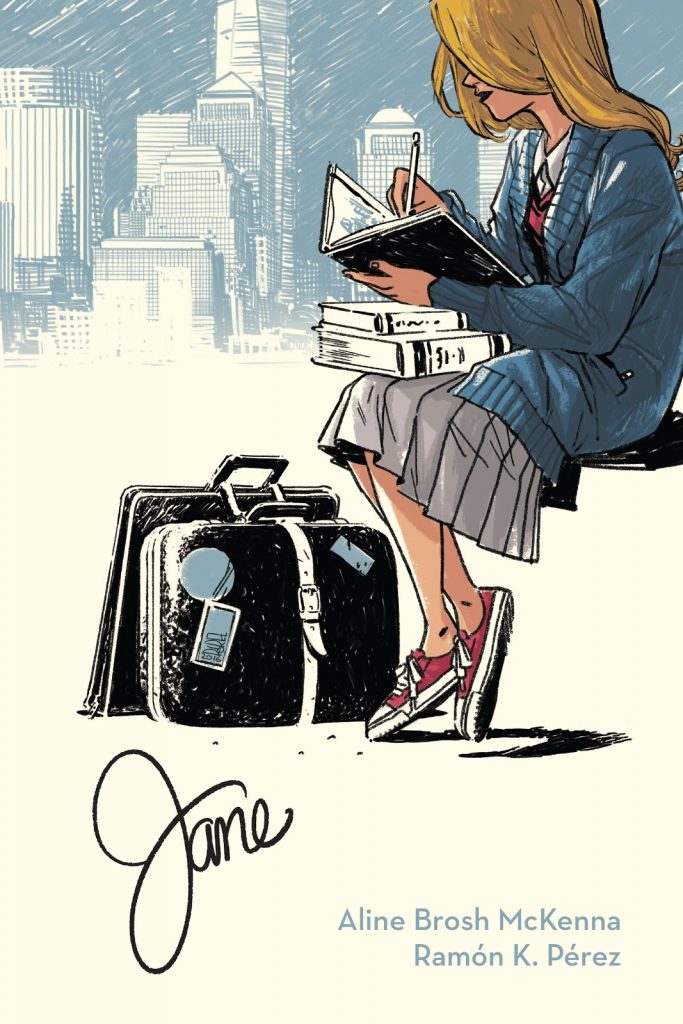 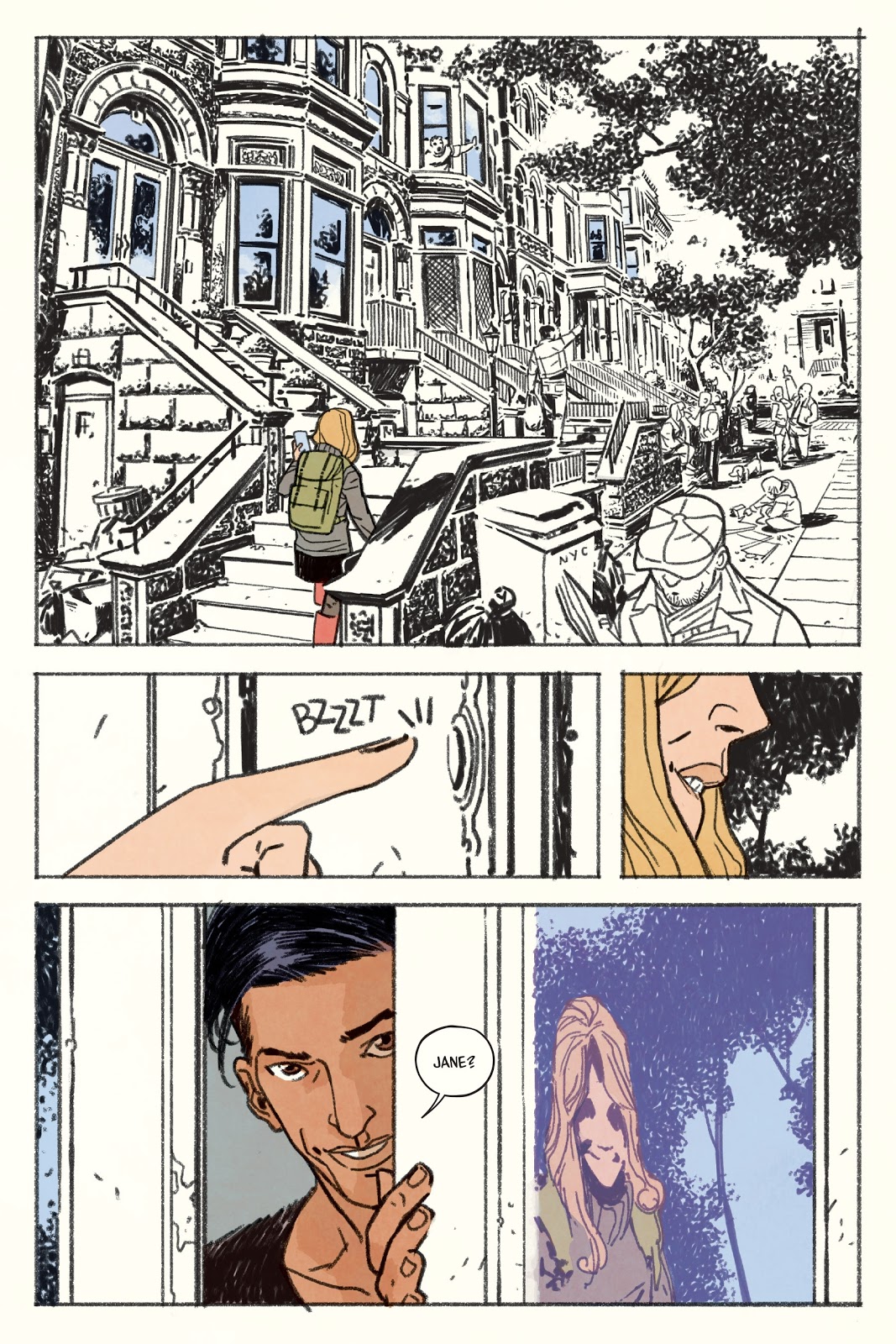 Jane is an updating of the Charlotte Bronte novel Jane Eyre, although for all the resemblance it bears to the source it would have better avoided comparison by being titled Courtney or Lily.

In order that she can pay her way through art school Jane Eyre takes a job looking after Adele, young daughter of the mysterious and distant Mr Rochester, incredibly wealthy financial management wizard, who mourns his dead wife. She’s never to go up the stairs to the top floor, and beyond the expectation that Jane looks after his young daughter, Rochester appears to have little consideration for Adele’s best interests.

Screenwriter Aline Brosh McKenna is best known for adapting The Devil Wears Prada for the cinema and co-creating the TV show Crazy Ex-Girlfriend, so brings some serious writing chops to Jane, and an innate sense of how to cut to the essence of a plot for maximum dramatic impact. Unfortunately, however, it also raises the suspicion that Jane was originally a screenplay with a spunky Renee Zellweger or as near as damn it intended for the lead role. In cutting to the heart of the plot, the hardship of Jane’s early years is entirely excised. In Bronte’s novel it was at times overbaked cruelty, but built a kindly disposition toward Jane as a lead character. In Jane, the entirety of Jane being orphaned, her unhappy childhood and her education is dismissed in half a dozen pages, and a single later line about Jane sympathising with Adele Rochester carries very little weight. Neither does Jane herself, nor Rochester for that matter, both playing out shorthand roles where their stated feelings fail to convince, but the tragedy is that it looks stunning.

Ramón Pérez has invested a lot of time to create the intended world of wonder. He’s fantastic with the cast, Adele entirely cute and believable for her age, housekeeper Magda appropriately creepy and forbidding, and bodyguard Steve/Ben wonderfully stiff. His locations are beautiful, and he moves the story along nicely where permitted. It’s always the artist’s job to make the writer look good, but Pérez works overtime. Whether his idea or McKenna’s, Jane’s life transforming from black and white to full colour as she escapes her original surroundings is a neat metaphor. It’s an example of how well colour is used throughout, with Irma Kniivila (herself an illustrator) reflecting mood and atmosphere, darkening the tones for Rochester’s appearances.

In essence the plot amounts to a pretty white girl moving to the big city and finding love with a grumpy millionaire who really has a heart of gold, very unevenly paced and taking a last minute swerve into action thriller territory. Maybe it’s the first script McKenna wrote, back in 1962. The artistry of Pérez disguises it considerably but Jane is trite, with artificial, unexplained melodramatic moments and little coherency by the time of the final revelations. And the funny thing is, anyone can see that a far better plot would have resulted from Jane hooking up instead with the hunky Steve/Ben, which might have kicked the idea into the 1990s.