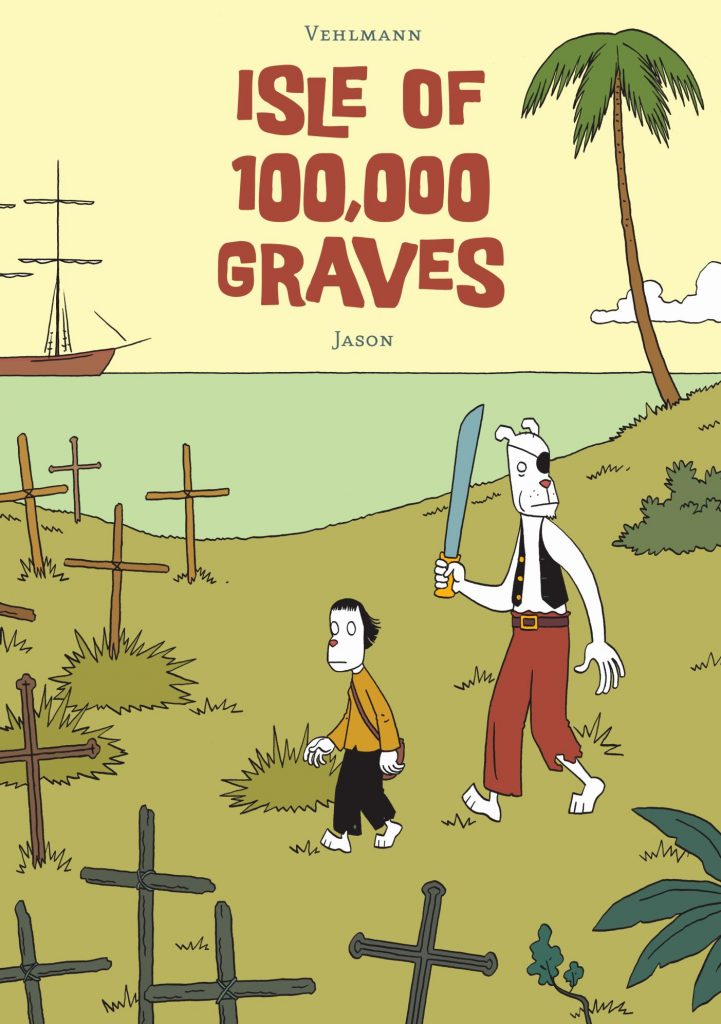 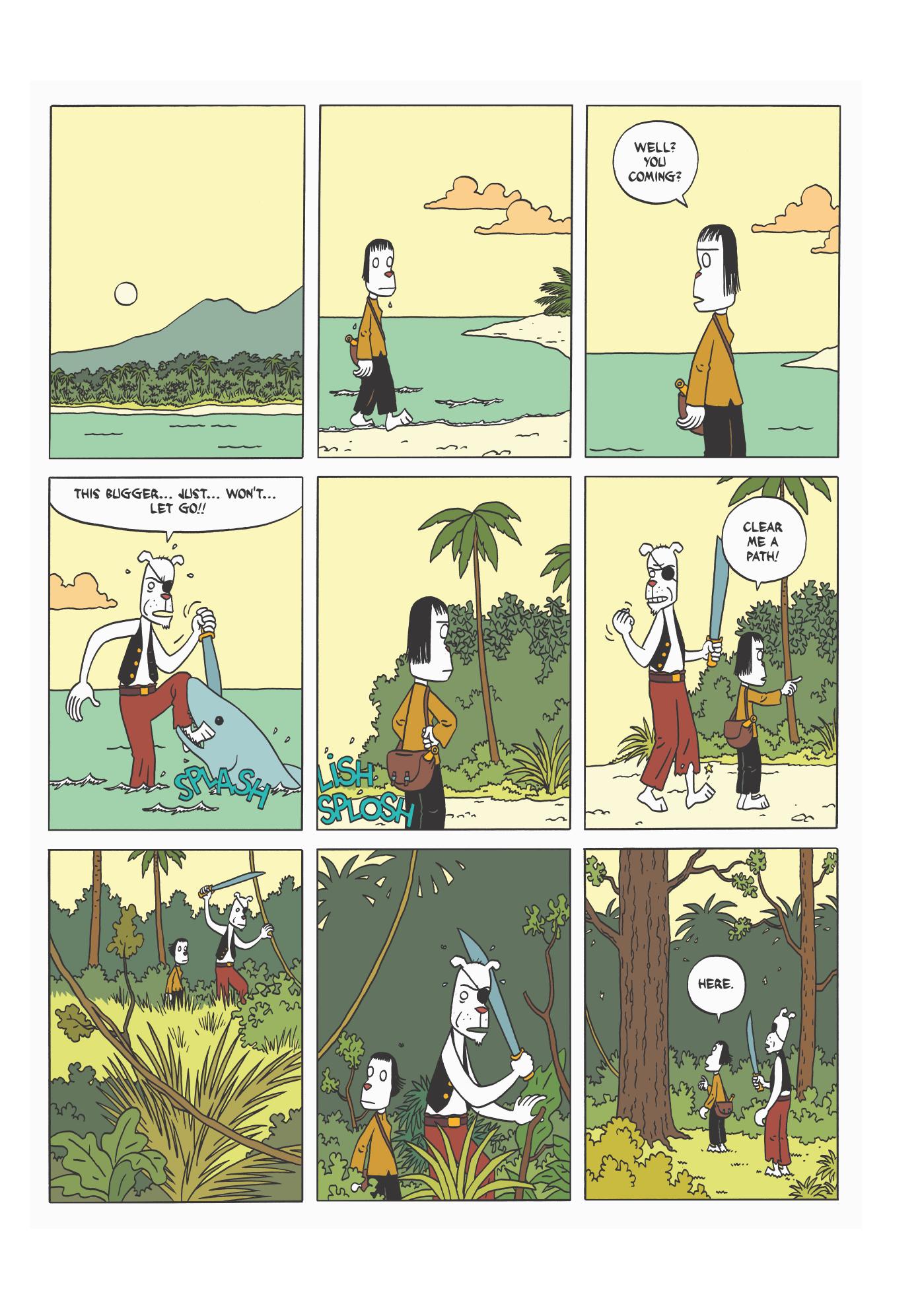 There’s a first about pretty well any Jason graphic novel, usually the first time he’s stepped into a particular genre. Isle of 100,000 Graves marks the first time he’s worked directly with a writer, a collaboration rather than an adaptation as was the case with The Iron Wagon. It’s also his most overtly comical work, with the jokes more farcical than his usual dry approach.

If there are any thoughts of sentimentality, Fabien Vehlmann dismisses them early with a mother telling her daughter, whom we later come to know as Gwenny, that her father left because he couldn’t abide her. She then attempts to murder her. It sets an impressively bleak tone, contrasted by the bright colours Hubert applies to the art, and is the first of many jaw dropping moments in this 18th century pirate fable. Gwenny believes her father left five years previously in search of treasure, and has memorised a map found in a bottle giving the location of an island. Jaw dropping moment number two is what the island actually is. There’s a very funny and very logical reason why the island has 100,000 graves, foreshadowed, if not completely explained early in the story with a brilliantly inventive piece of plotting.

While featuring more dialogue than is usual for a Jason story, it otherwise fits into his template very neatly. There’s a plucky lead character whose heroism is forged from necessity, some sinister forces railed against her, and there’s an abiding black humour. Jason’s humanised animals work well in disguises and costumes, and his simplicity transfers to a period setting. Vehlmann’s other work has an enquiring glumness to it, but his depiction of human suffering is of a more existential form than Jason generally applies. No matter. If consistency were a priority, people wouldn’t follow Jason from project to project where the simplicity of his anthropomorphic figures is the only standard.

Vehlmann’s other work has included funny sequences, but nothing translated into English to date has indicated a talent for riotous comedy, yet here it is. Gwenny’s surprising capabilities set the ball rolling, but the ridiculous concept behind the Isle itself is worthy of the insanity Lewis Trondheim and Joann Sfar incorporate in their Dungeon series. Once introduced, Vehlmann has plenty of time for passing gags as the main plot continues. That works its way to a surprising conclusion, yet one entirely in keeping with the remainder of this unpredictable graphic novel. Vehlmann and Jason! What a team!