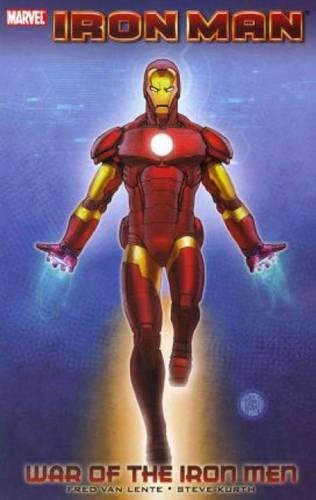 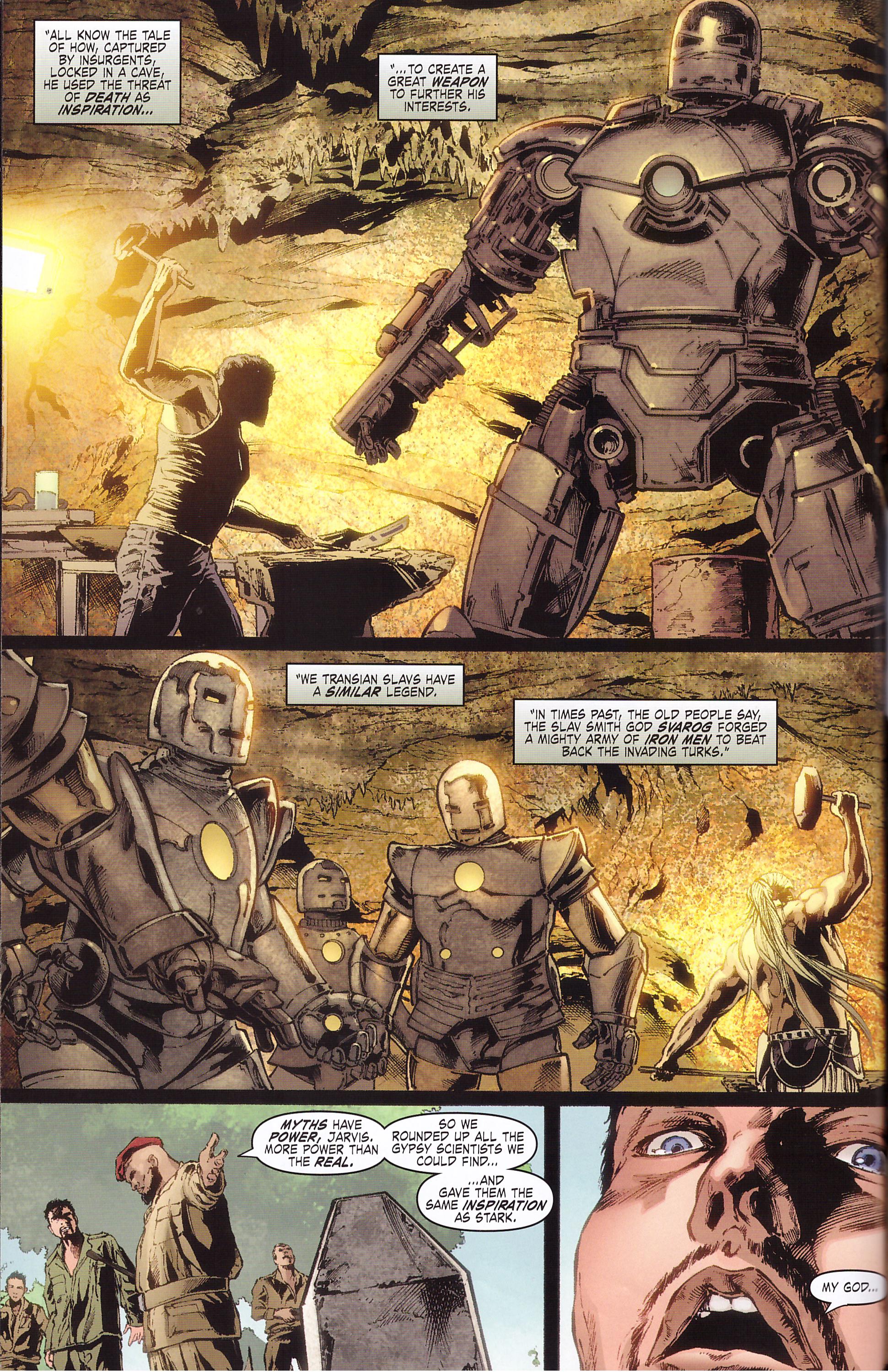 Marvel has several fictional countries used extensively as stand-ins for the real world. Transia is the Eastern European equivalent of the former Yugoslav states, the elastic borders stretching to fit the needs of any particular story. It’s usually only required when genocide is the order of the day, and so it is when Tony Stark becomes aware of flying armoured troops wiping out entire towns, their armour seemingly created using his technology. It doesn’t sit well.

There are some very powerful moments in Fred Van Lente’s script, because unlike other writers who’ve used Transia in the past he humanises the genocide. An ordinary man calling out an armoured assassin is great, as is the insight into why some conflicts between differing ethnicities may never be resolved. He doesn’t run shy of introducing daily atrocities faced in the real world either, highlighting the prevalence of land mines, and the plight of refugees fleeing persecution. Also good is the echoing of the circumstances that led to Stark’s first creation of the Iron Man armour, the manner in which Stark ensures international attention, the involvement of some decades old villains, and several other surprises along the way. Van Lente keeps escalating the circumstances and it results in a satisfying read illustrated by Steve Kurth in standard superhero style, but clear, neat and effective.

Kurth’s work on the short back-up strip ‘Heavy Rain’ dates from earlier in his career, is messy in comparison with the previous pages, and features some shaky anatomy, although there’s an interesting and original modification to the Iron Man armour. The story, though, is standard material from Matteo Casali involving another old Iron Man foe and some bantering about personal responsibility.

As the back-up strip is brief, it doesn’t detract from the title story’s efficient entertainment.