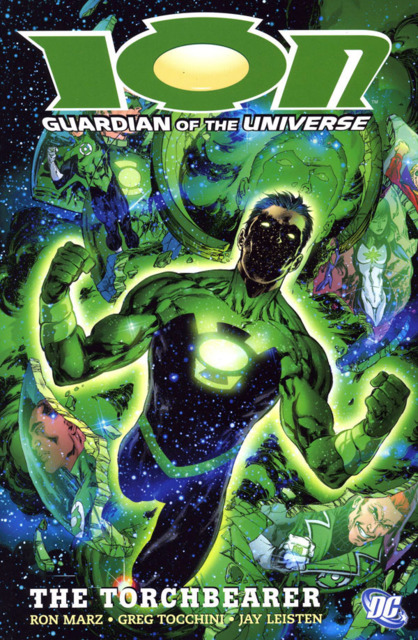 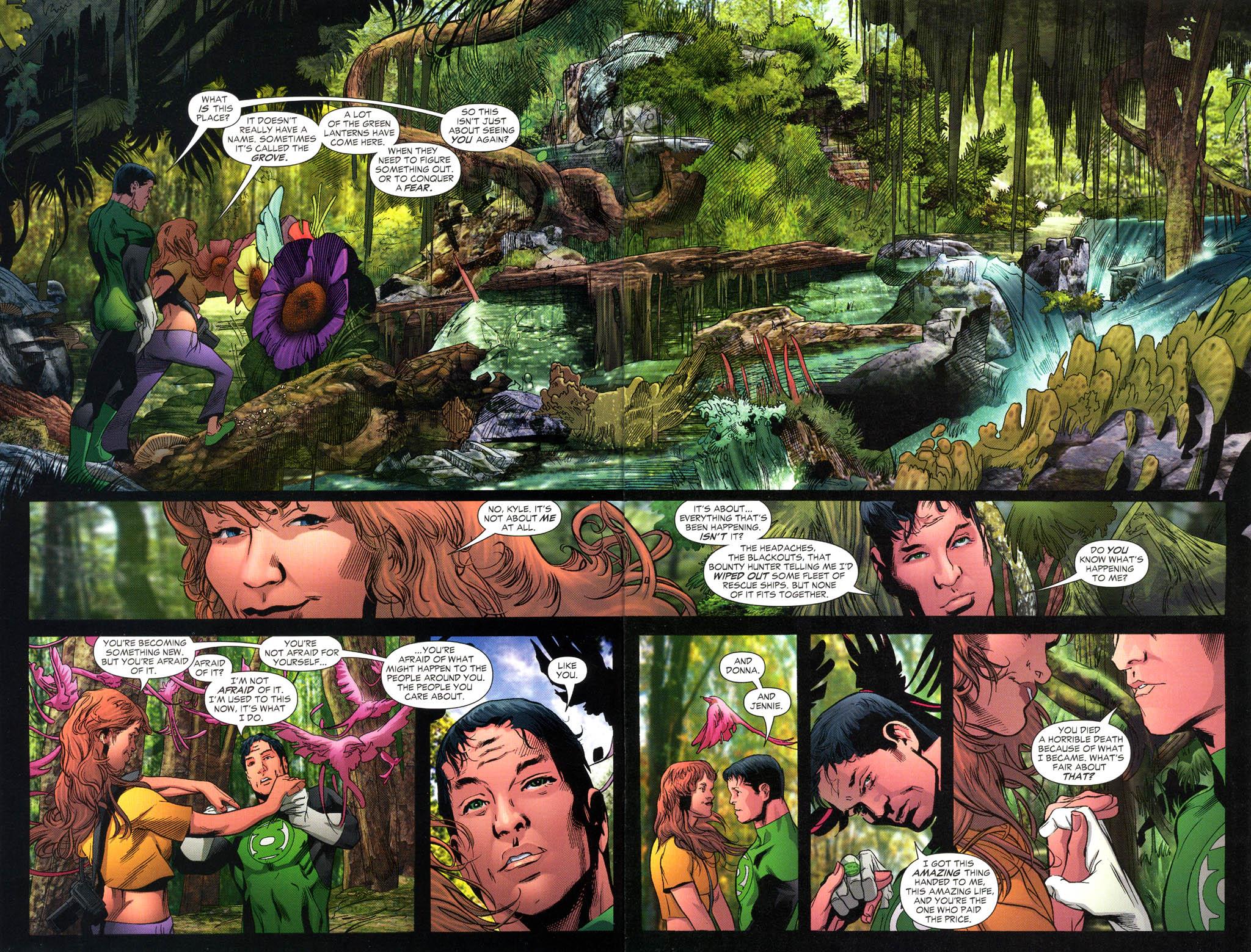 When Ron Marz wrote Green Lantern in the 1990s his main focus was Kyle Rayner, then the new, young and hip GL. Time passed, and what was once fresh and shiny no longer seemed that way. Hal Jordan was restored as the primary Green Lantern, leaving the problem about what to do with Rayner. It turned out that it wasn’t much of a problem. In Geoff Johns’ sterling restoration of Green Lantern and his world in Green Lantern: Rebirth, Rayner was reconfigured. He was now a living form of the battery from which the Green Lantern rings were powered, in effect an infinite source of will-powered energy.

That’s our starting point in what’s intended as a complete story spreading over two books. Kyle is experiencing some weird dreams while taking a sabbatical in an artist’s retreat. Meanwhile, he’s seemingly also zipping across the galaxy laying waste to space fleets and populations, which ties in with his dreams. It doesn’t help when a Thangarian winged warrior turns up on Earth to collect the bounty on him, and the Guardians of the Universe, to whom all Green Lanterns are beholden, are acting very strangely.

Artist Greg Tocchini has the scale and the work ethic to present convincing alien cultures, slam-bang superhero fights and dynamic action-oriented layouts. Everything drawn here has an excitement about it, and that goes some way to disguising the plot deficiencies.

In this opening portion it’s clear Marz has a spiritual journey in mind for Kyle, and it’s tied to his new status. Along the way we’re introduced to manifestations of those who’ve been important to him in the past, in both positive and negative senses, and the re-emergence of a troublesome old foe. The pot is kept boiling, but there’s never any convincing emotional hook to Marz’s story, something to really make you care for what Kyle’s going through. A further problem is that his explanation for much of what occurs here lacks substance, indicating plot convenience is its core.

Much has been resolved by the end of the book, but there remains a mystery leading us into The Dying Flame. 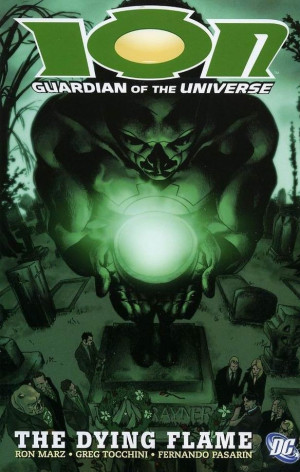