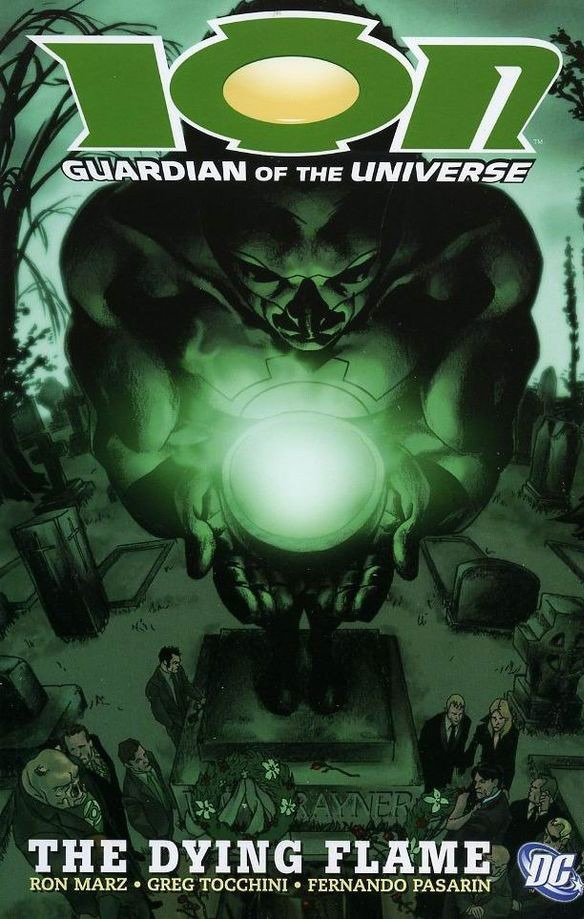 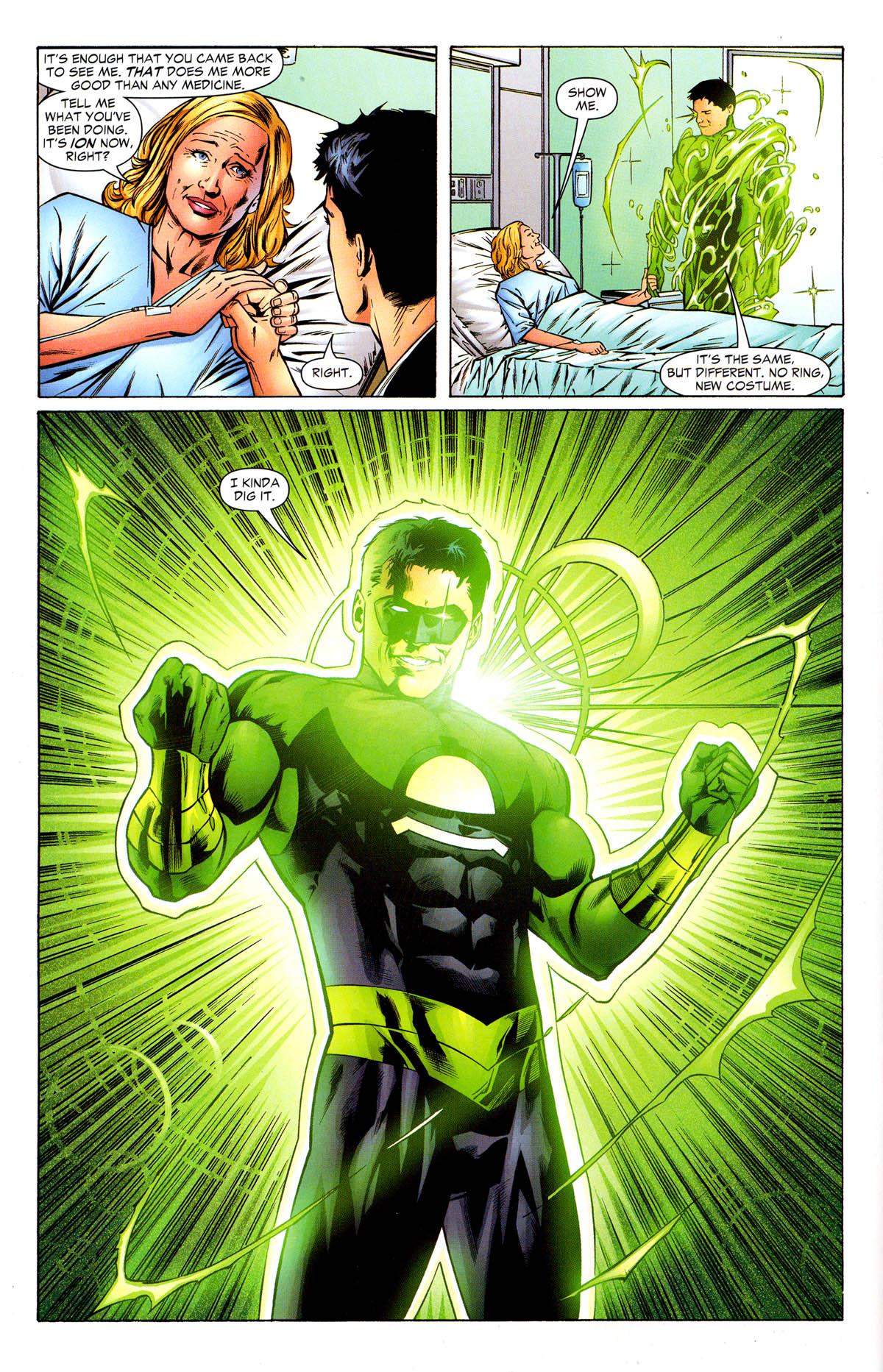 In the 2005 transformation of the Green Lantern franchise Kyle Rayner was recast as the living embodiment of the green energy that powers the rings of several thousand of his colleagues. The last chapter of The Torchbearer also revealed a deeper purpose. Throughout that book there were hints of an unknown manipulator who definitely doesn’t have Kyle’s best interests at heart.

Much of this concluding book has the appearance of marking time, yet even so there’s a bizarre story contraction between the first and second chapter as quite the wedge of pertinence is explained as four panels of never previously seen flashback. It leads to gladiatorial combat. Where The Dying Flame works is in rectifying a problem with its predecessor by presenting Kyle with some emotional depth. There’s a good sequence where Ron Marz conveys that Kyle’s not really listening, and another at the hospital bed of his mysteriously ill mother. This is against a background, though, of detours into an alternate universe, and deliberately induced feeling of manipulation. There is someone pulling strings, and those who enjoyed Kyle’s 1990s run as Green Lantern will probably be glad to see them back.

Greg Tocchini produced some great art for the first book, but he’s very much the relief pitcher here, only illustrating one full chapter and some pages late on. Fernando Pasarin finishes the series, and while at this stage of their careers technically a better artist, he lacks Tocchini’s imagination, and his layouts don’t have the same spark. Paco Diaz and Yvel Guichet also pinch-hit for a chapter.

The ending is bittersweet. On one hand there’s a good piece of writing in the final chapter where Kyle’s solution to a problem is one only he could conceive, and the follow-up to that moment is equally good. On the other hand there’s the unwelcome news that you’ve tracked a subplot through two books only to be told it was just the set-up for another series, The Sinestro Corps War. Considering there are only two Ion books that’s pretty shabby marketing. Even without that sharp practice Marz just lets some subplots drift, which is inexcusable in what was planned from the start as twelve chapters.

If you’re already a major Kyle Rayner fan you’ll probably have bought this years ago, if not, there’s not enough reason to do so now.