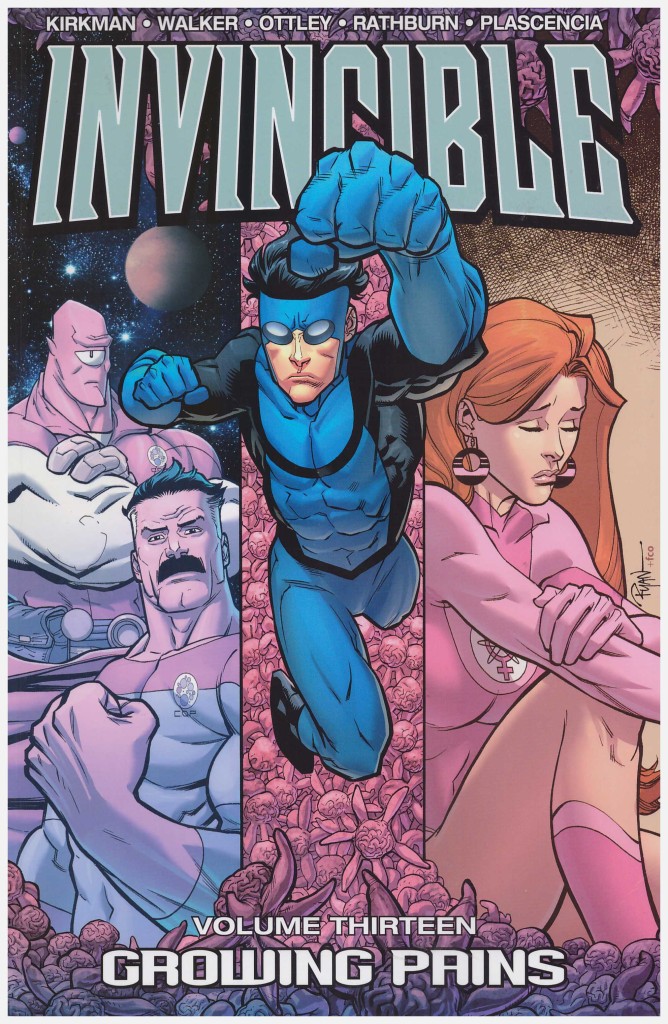 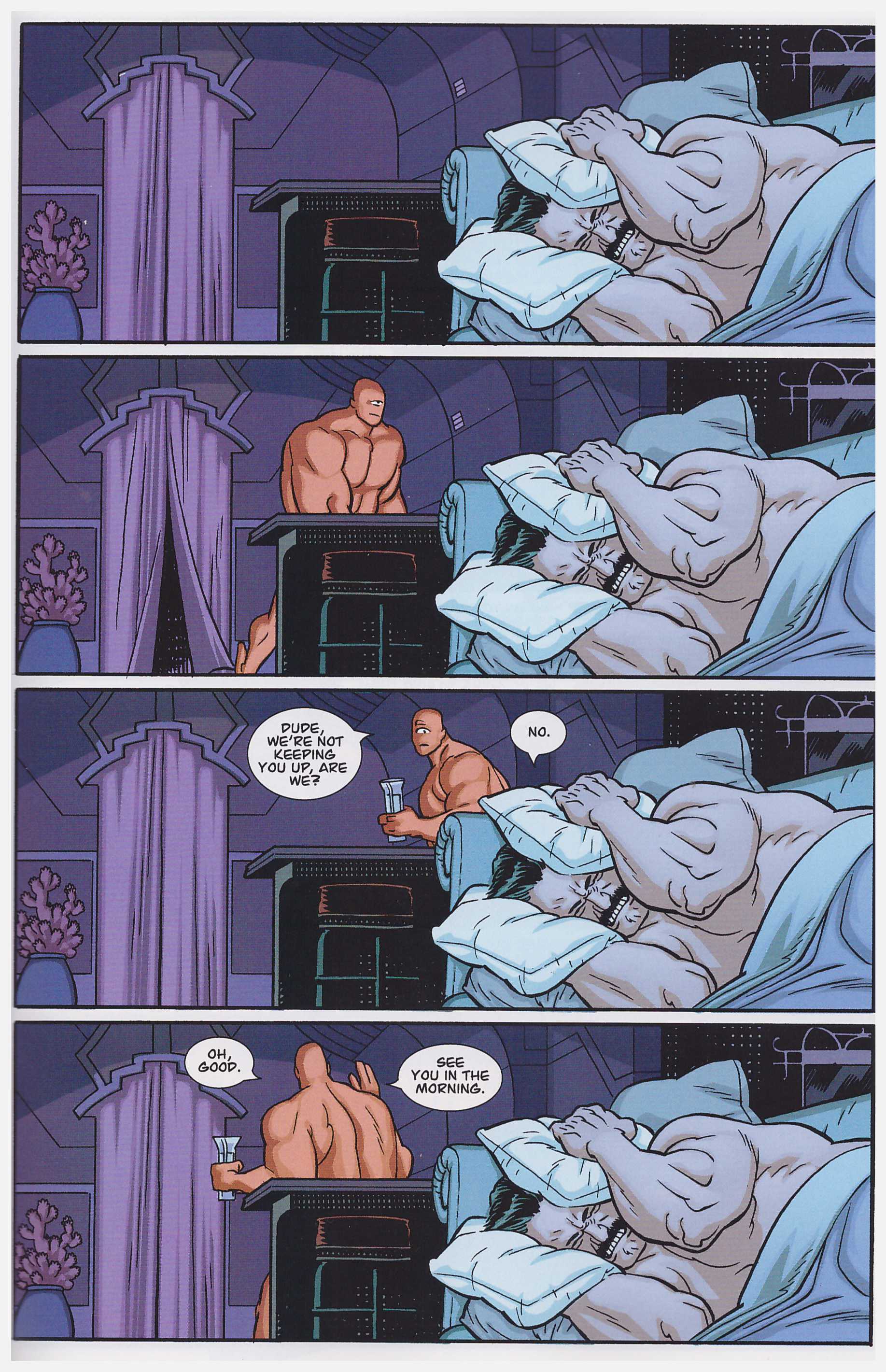 The previous Invincible volume Still Standing was a triumph, the best to date, and Growing Pains opens with a full explanation of the bomshell dropped within.

Invincible’s name stems from his Vitrumite heritage, and his father Nolan has now completed his transition, having proved his goodwill in turning his back on the expansionist aims of his people. They’ve been kept in check previously, and the hope is that this can occur again, and the opening chapters, illustrated by series co-creator Cory Walker, show Nolan and Allen the Alien gathering possible allies. Some of them, though, seem a little, well, uncontrollable. That won’t matter until the next book, though, The Viltrumite War.

It would be some achievement for Robert Kirkman and Ryan Ottley to deliver two consecutive five star books, and they don’t. In fact this is somewhat of a dip between two epic books, the calm after and before the storm. Invincible’s primary issue is that he sees killing as the answer to a problem, but this never really convinces, nor do the threats he faces. We have the return of hive mind, the Sequids, a sort of alien Valkyrie, and the introduction of Dinosaur, who’ll have a major role in future books, but here is little more than page filler. Mark’s prospective father in law comes across as more terrifying than any of the villains faced in an extremely well written awkward sequence. The story content ends with an expository recap filling in Invincible’s history with the Viltrumites to date. Its purpose is to ensure any new readers are up to speed before the next book, but in an already slightly sub-par volume, it comes across as wasted pages for those who’ve been reading the series from the start. Mark does have one further problem on the horizon, but this one’s being kept from him for the time being.

Kirkman is good enough to ensure that if the overall book isn’t thrilling then there are enough fine moments to make this worthwhile, and most of the opening two chapters entertain while maintaining a sense of foreboding.

Ottley, and Walker, are both old hands at telling the story and keeping the pages turning, and while no artist can relish the thought at having to illustrate hundreds of tiny starfish over dozens of pages, Ottley doesn’t short change. 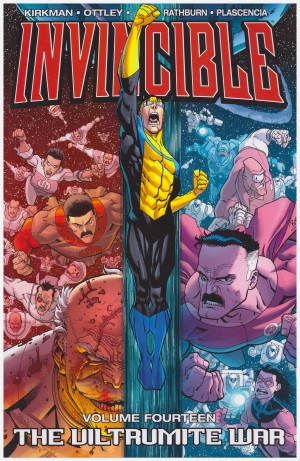 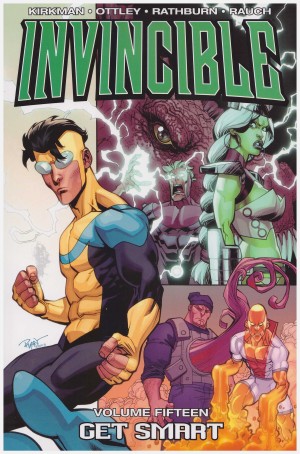 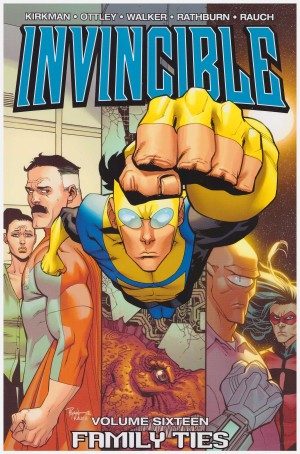 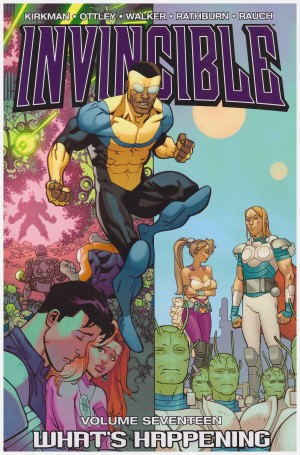