Injustice: Gods Among Us Year Five – The Complete Collection 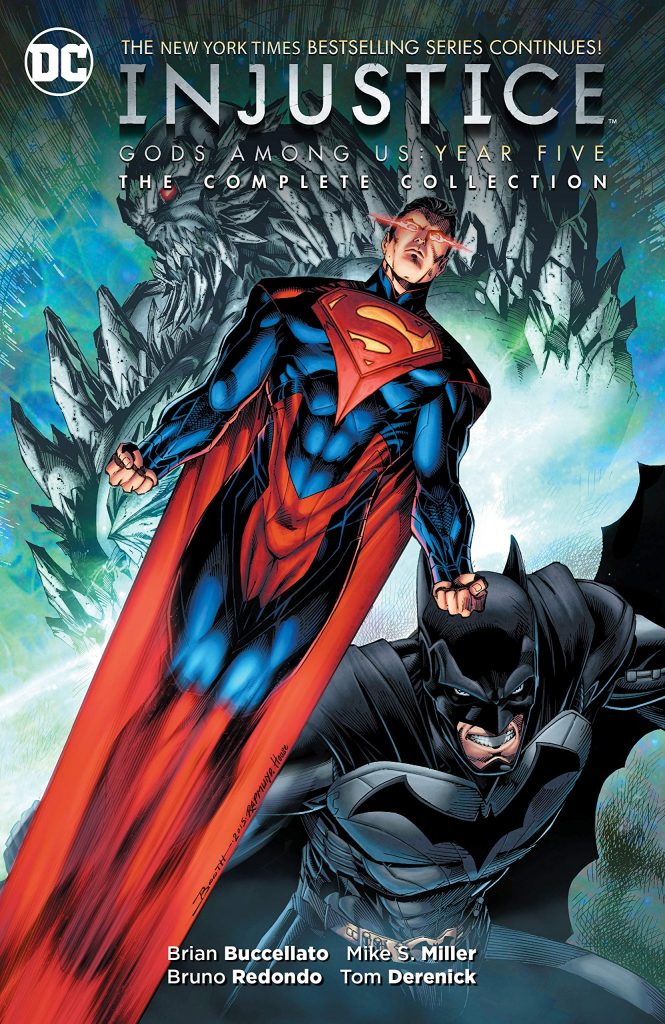 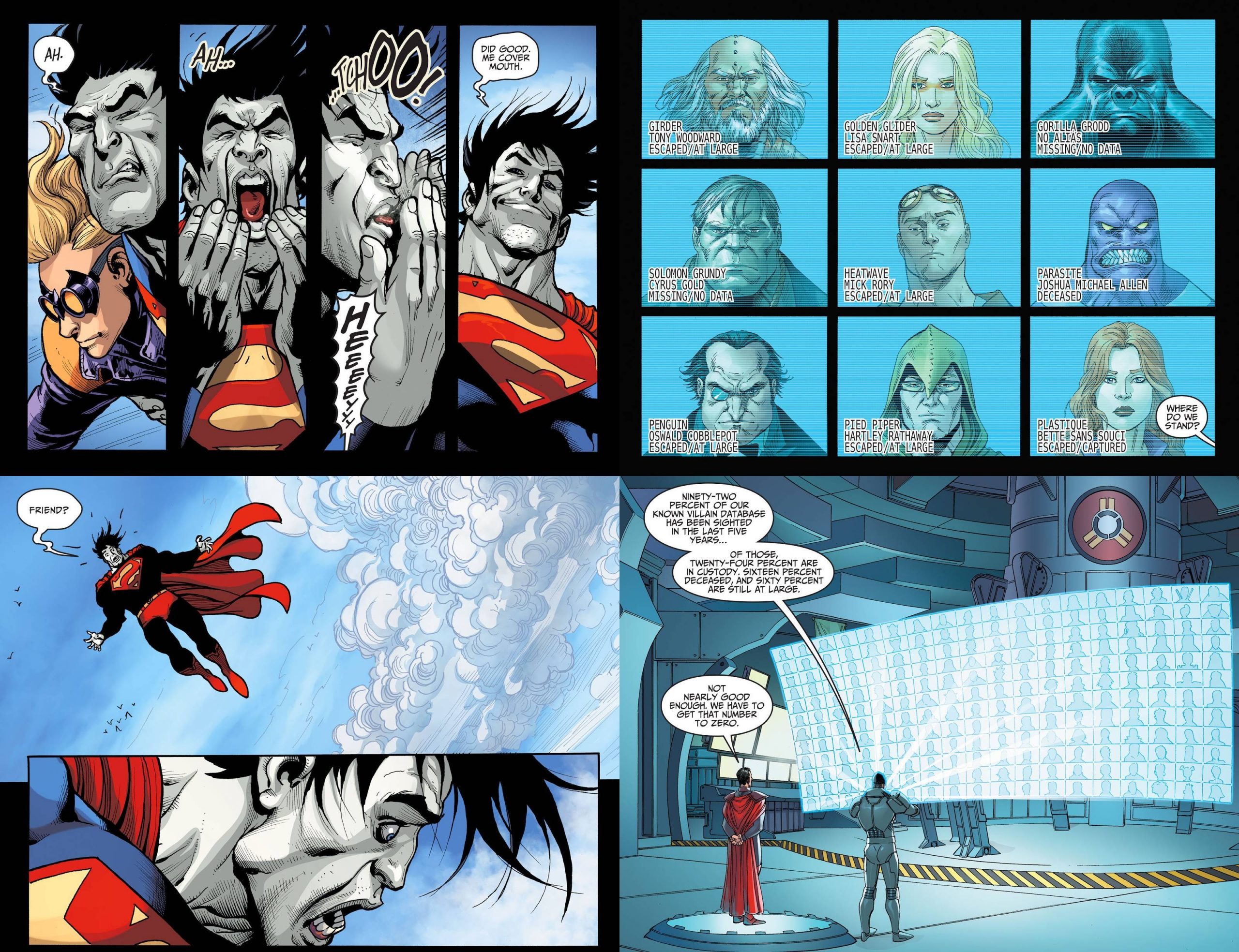 The fifth year of Injustice: Gods Among us is Superman’s final transition into the character he is in the companion game, aloof, without conscience and unconcerned about killing enemies. Don’t expect a resolution, as Year Five concludes where the game picks up, and a finale is only supplied to those who work their way through the game successfully. Considering DC have issued eleven paperbacks following the story, or this being the fifth thicker volume combining them, some adaptation would have been only considerate.

The fifth year begins by concentrating on the criminals released during Year Four, and that sets the tone. This time around there is no alien invasion or battle with Gods, just Superman dealing ruthlessly with enemies. Doomsday falls far more easily if you’re unconcerned about killing him! Brian Buccellato begins by switching back and forth relatively rapidly between assorted people, but gradually settles into a process of lingering longer in their presence. Bizarro, who’s fallen under the Trickster’s influence is well handled, and just as Superman becomes more evil, so does Lex Luthor become nicer. It’s a strange reversal because Buccellato knows we’re waiting for the moment when Luthor reverts to type and plays that expectation smartly.

It’s a shame to see artistic rock Bruno Redondo contribute far less this time, sometimes just layouts for Juan Alberran, who inks his pencils on other occasions. It means more time for Tom Derenick (sample page left) and Xermanico, and the introduction of Ivan Coello and Marco Santucci. Mike S. Miller contributes more art than anyone else in his compact superhero style (sample right), although he’s obviously working on something else near the end, where he’s almost absent until the final chapter. Miller introduces the nice touch of changing Superman’s hair along with his personality.

Beyond Buccellato using short snippets switching between characters, he spends longer with people to good effect. Even Superman’s allies begin to question his behaviour. “Maybe all I can do is be there and help keep him in check” is the more benign approach, although there are other former heroes who never fall out of step, taking the journey to villainy with Superman. Buccellato’s also good at changing the atmosphere from chapter to chapter, some light, some dark and some black. If the series as a whole can’t provide total closure, Buccellato ensures individuals have that by dropping in some long unseen as the end approaches, and the deeper into Year Five we go, the more surprises he produces. There is a showdown, and it’s thrilling, but, as noted it’s not a resolution.

Year Five doesn’t quite match the excitement and bombshells found over the first two volumes of Injustice: Gods Among Us, but it’s closer to them than the middle section. The story picks up again in Injustice 2. This was previously split over two volumes, starting with Part 1.