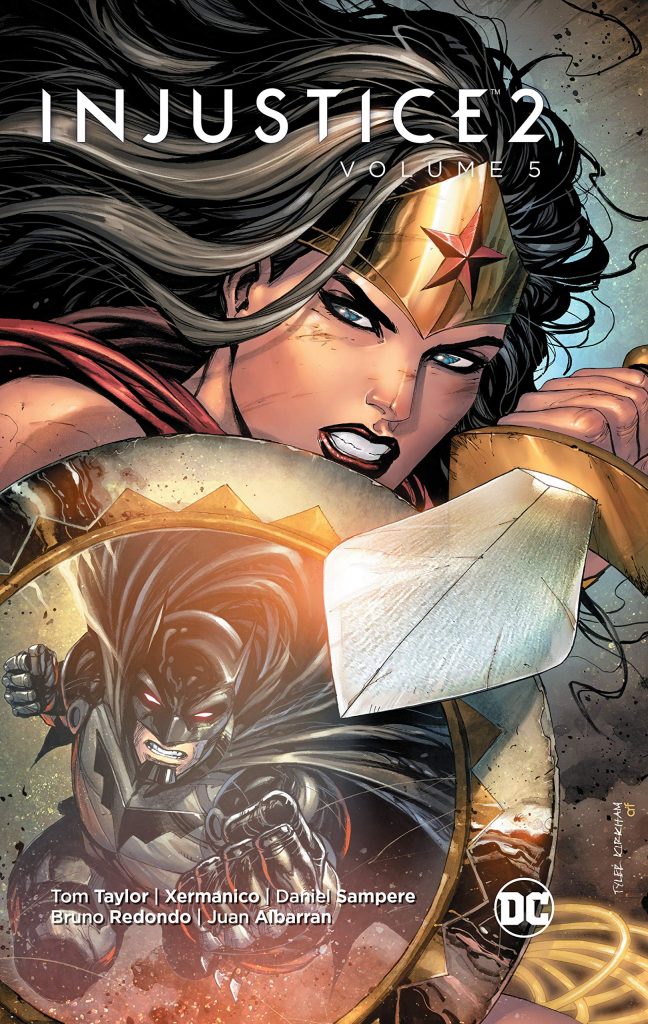 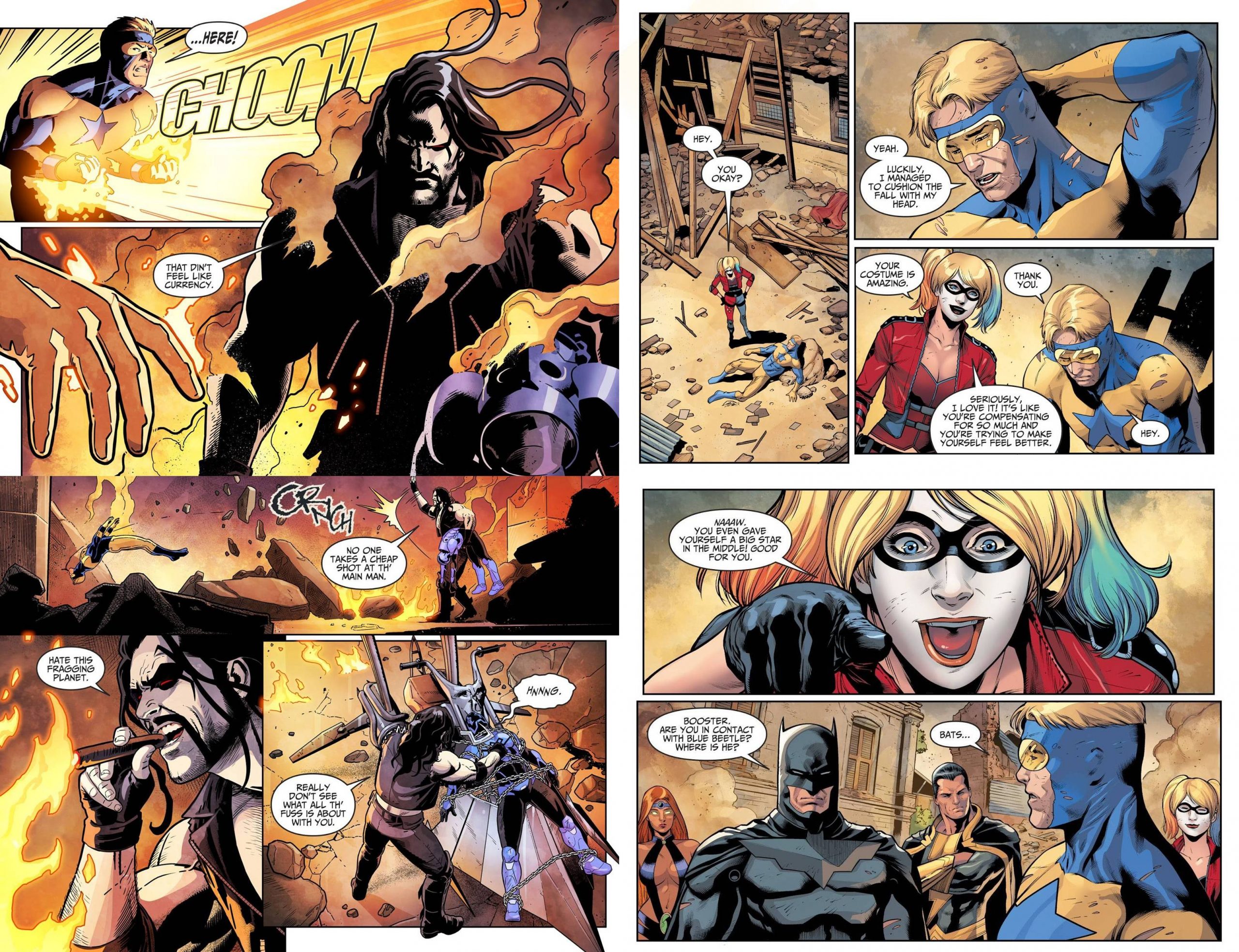 As opposed to the closed off tales in the first Injustice volumes, Injustice 2 is one continuous up and down story, enabling Tom Taylor to cast the net far wider when it comes to introducing new characters and having them play a part. The Suicide Squad, Blue Beetle and Booster Gold are all among them, with Supergirl having scored a decisive victory ending volume four. Now the Red Lanterns are introduced.

However, having such a vast cast means we follow people in snippets, with Batman, Hal Jordan, Blue Beetle and Booster Gold taking the lead roles. It’s Jordan’s story that eventually evolves into the main plot. He’s been put on trial for earlier crimes, mitigating circumstances taken into account, and eventually the paths of several heroes cross with his. It has to be asked why if someone has Lobo at their disposal he’s sent to acquire Blue Beetle to deal with the monster threat rather than pitched against it, but Taylor sidesteps that neatly. His use of Jordan is also elegant, a man so tormented by what he’s done in the recent past that he’s accompanied by the ghost of Guy Gardner, whose death was his responsibility. Gardner is an improved personality in death, a constant sardonic commentary to Jordan’s woes, and in the quieter moments a lucid memory. “I reckon the real reason the Guardians need us is they don’t have a creative bone in their bodies”, is one choice opinion.

It’s a surprise to see no art from Mike S. Miller, as he’s been around from the beginning, but Bruno Redondo (sample art right), Daniel Sampere (sample left) and Xermanico keep the pages turning. There are few small differences of approach, but all of them are first rate when it comes to presenting the story clearly and selling the emotional moments.

For all the nice aspects of Injustice 2, it’s beginning to seem there’s a lack of overall purpose. If that’s actually the case will be seen with the conclusion in volume six, but here and previously Taylor dazzles with the character moments, some great comedy, and so many prime pieces of dialogue, yet any bigger picture is disappearing from sight. Instead there’s another threat to the universe to be cleared up. 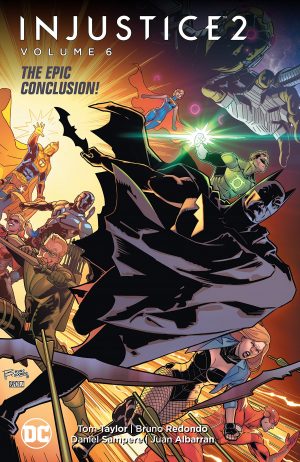