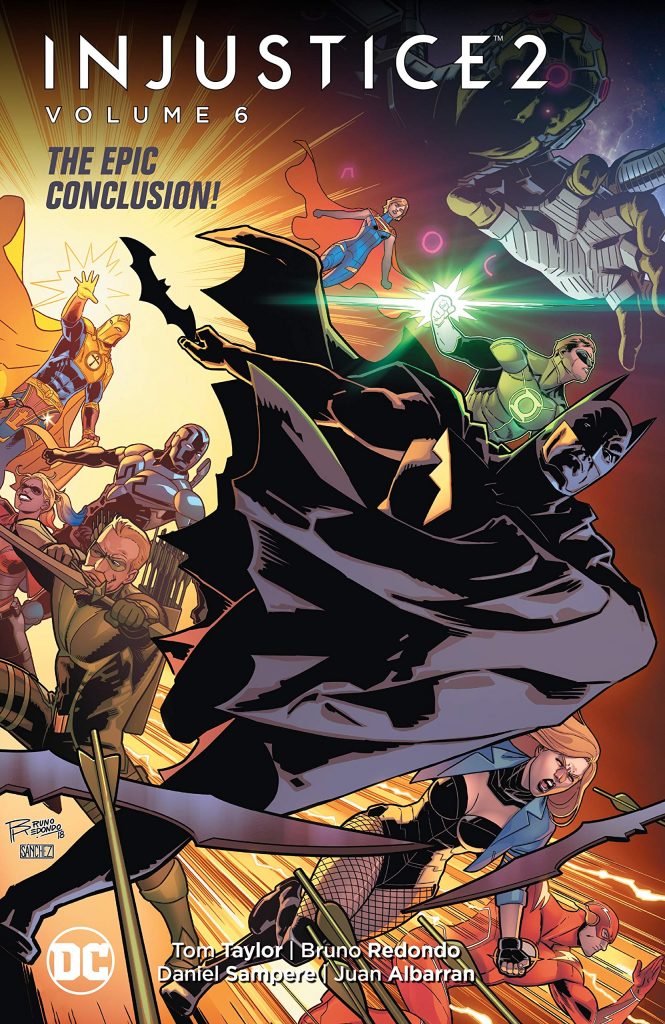 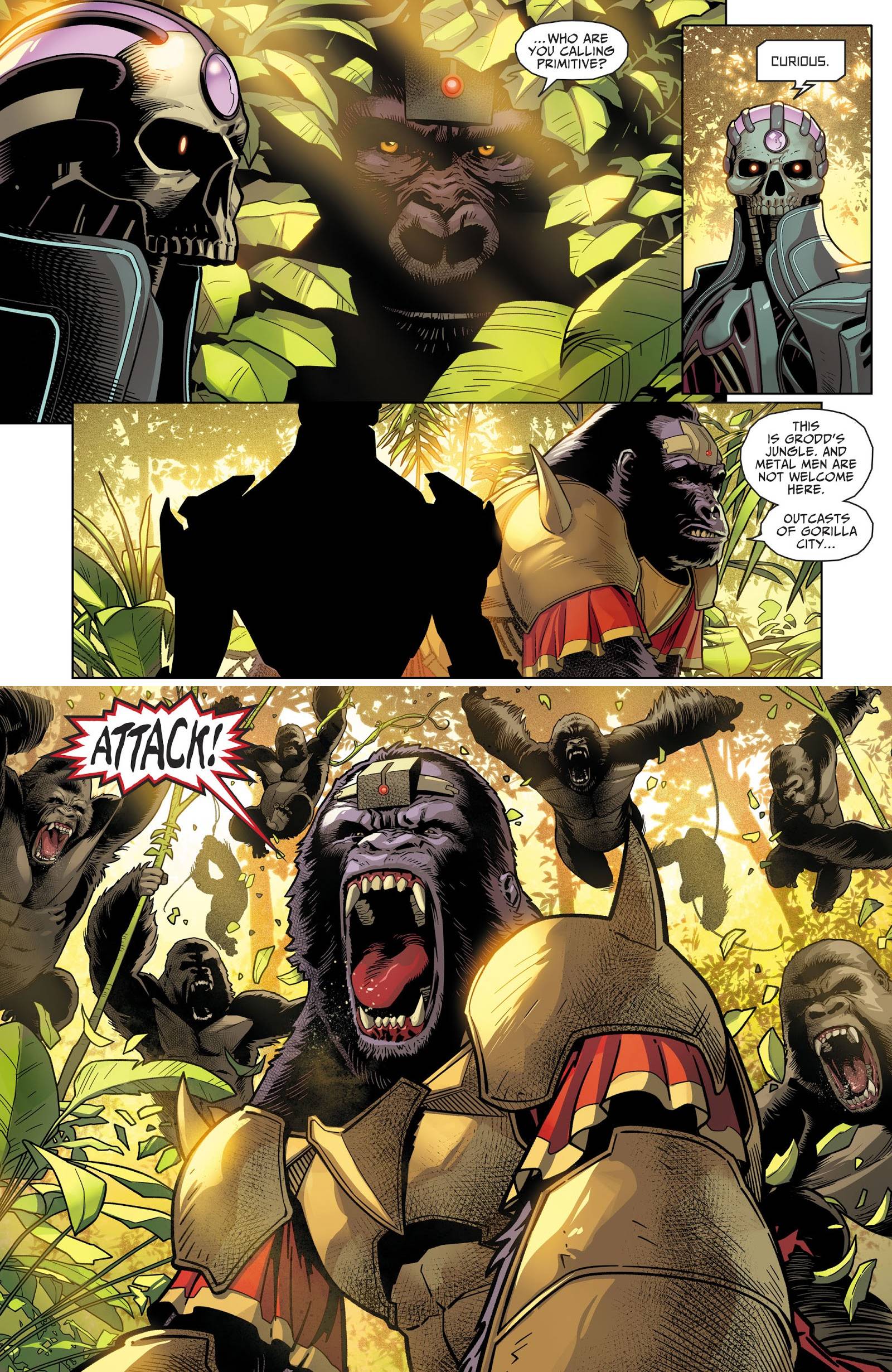 A big threat on the boil as we reach the conclusion of Injustice is the Red Lanterns deciding the time has come to wipe out their green counterparts. An even bigger threat is that alien starfish Starro is among them, the red ring channelling his inner fury to the point where he’s now an even greater menace to the entire universe. Apparently all that stands in his way is Jaime Reyes, the Blue Beetle, and as seen at the end of volume five. Jaime’s not too confident about that. Except there’s an even bigger threat than Starro on the horizon, someone capable of taking on Superman.

Volume five prompted the feeling that Injustice 2 had lost its way. Superman is out of the picture, although appears late in the day, but removing him means almost all heroes seen are pretty much the same as they are in regular DC titles. Batman’s hooked up with Catwoman, Hal Jordan has a green ring again, and while Taylor consistently manges character touches to applaud, fantastic dialogue and surprises, when one universe threatening menace just replaces another, it’s coasting. Why doesn’t he just write regular series instead?

Taylor includes enough big moments to enable the artists to shine over and over again. Bruno Redondo’s gorillas in the sample art are stunning, and he uses them to good effect throughout his pages as he draws the bulk of this conclusion spectacularly. Daniel Sampere and Xermanico only illustrate a chapter apiece.

Given how good he’s been overall, the expectation would be that over the final chapters Taylor would bring matters to a smooth conclusion, avoiding the disappointment ending Injustice: Gods Among Us. The best written chapter involves no combat, just attempts at diplomacy in the home of a powerful neutral host. Harley Quinn has been well used throughout Injustice, her personality one of the few adjusted from her mainstream counterpart, less madcap and able to see reason, and it falls to her to talk sense. “How about we stop the squabbling and talk for month”, she suggests, “for the sake of the world”. At that point there’s some real hope, but the ball is fumbled because no real conclusion is provided. Ra’s Al Ghul’s story ends, unusually clumsily for Taylor, but we leave the Injustice world with threats still hanging and some appearances unexplained. The Legion of Superheroes get one very nicely drawn panel. It’s been noted that the longer this story has continued, the more it appears to lack purpose, just one threat following another, but to use that as the overall concluding statement is very disappointing. Despite this, there are enough worthwhile moments and good art to ensure this still betters many mainstream DC universe titles publsihed around the same time.

For the conclusion to Gods Among Us readers had to reference the game on which it was based, presumably again the case here. It’s cheating anyone who bought and read through six volumes. The game was already two years old when the serialised comics reprinted here were published, meaning almost everyone who’d intended playing it had done so. It would have been no spoiler to adapt the conclusion for the comics. DC let us down.