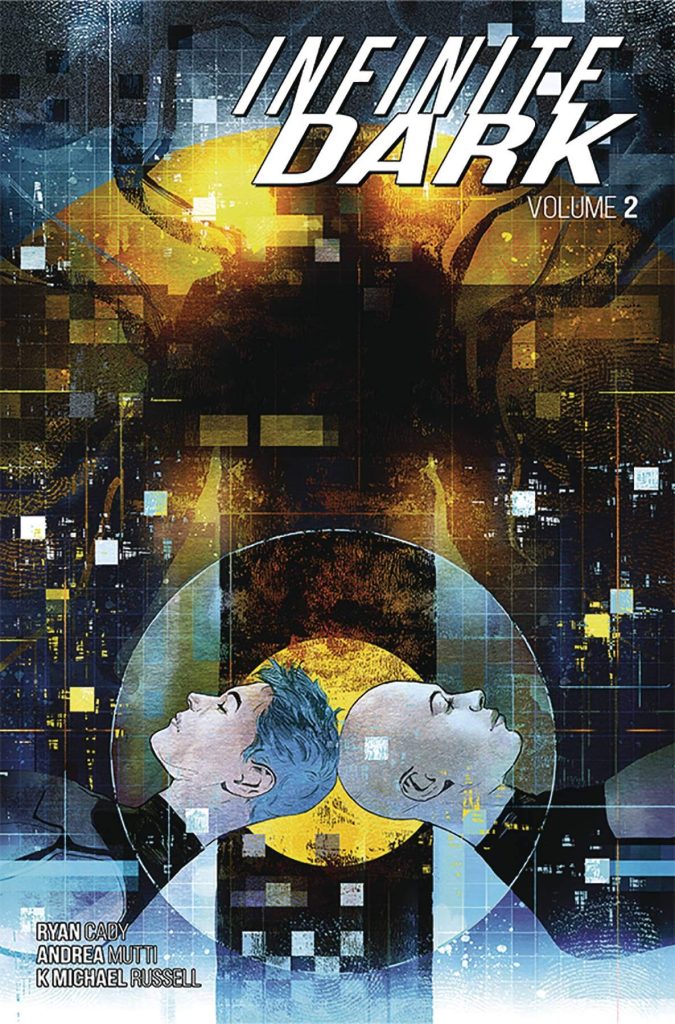 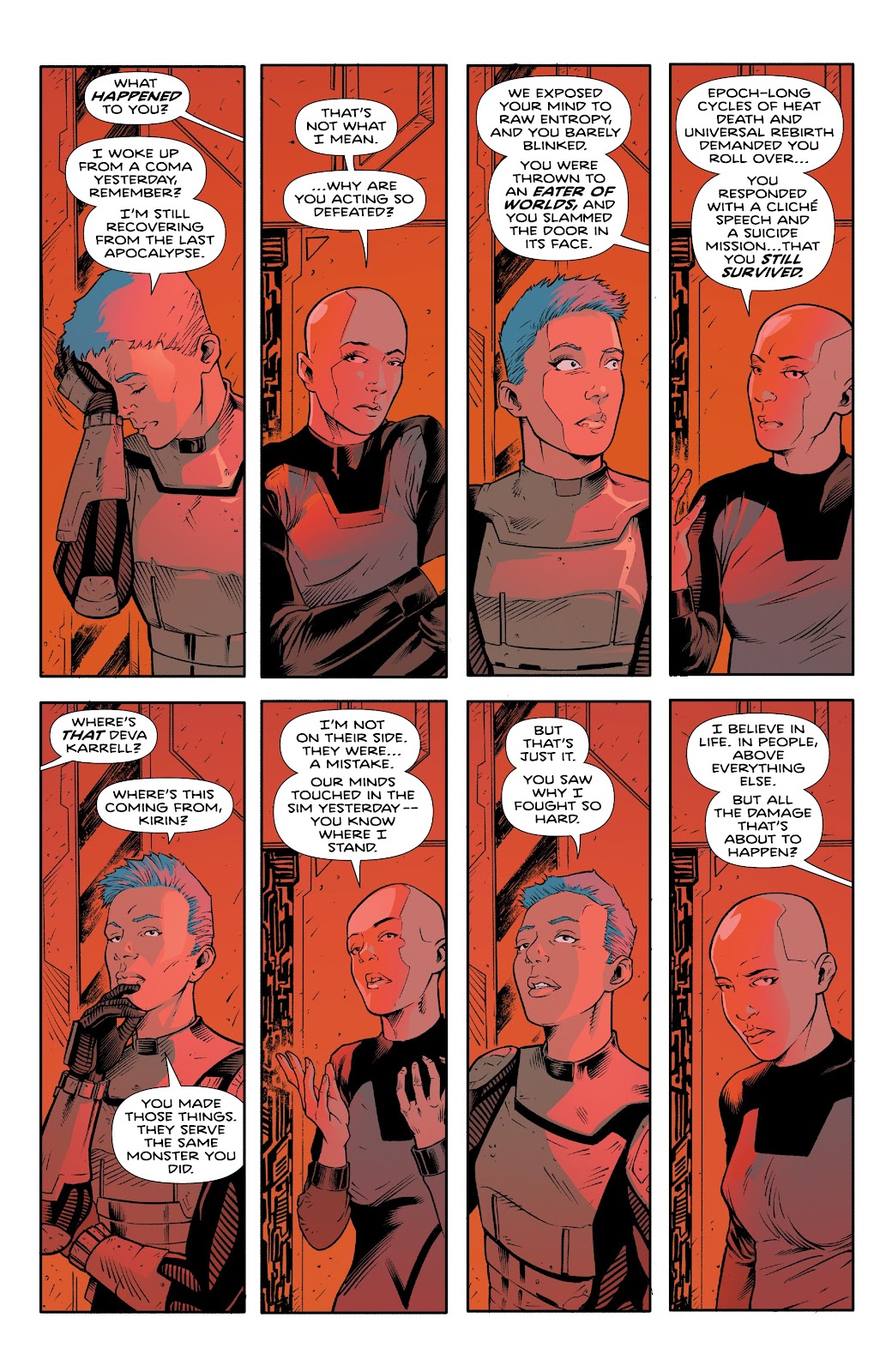 All that’s left of any form of life after the universe decayed and died is aboard the Orpheus space station, protected from the surrounding entropy by a specialised force field. Ryan Cady and Andrea Mutti provided an intelligent thriller around this concept in Volume 1, where it seemed Security Director Deva Karrell had seen off an existential threat, but at the cost of her own life. She has survived, but when she revives after weeks in a coma, the situation on Orpheus has deteriorated and it seems the threat wasn’t entirely dealt with after all.

What hampered Deva over the first volume was the board of directors keeping things to themselves and not being transparent with the wider population, and no lessons have been learned as Deva returns to duty. Hanging over everything is the board knowing she saved the station, but still considering the concept of anything existing in the void to be her fantasy.

Mutti again plays his part by keeping things dank and gloomy, and his scratchy versions of the threat personified induce the necessary shudder, so the atmosphere is as needed, but too much is too similar to Volume 1.

It’s not that Cady’s running exactly the same plot, but the constituent parts are very similar. A version of the same threat remains a danger, the purpose of that threat remains, and the same political hubris hampers an efficient resolution. Cady evolves a parallel threat of rioting among the normal human population, but as it’s largely a distraction it’s never credibly used, and that tends to diminish the good ideas he has, which fall into spoiler territory, but include a clever solution and a brave ending.

Without comparisons to Volume 1 this would stand as a decent enough SF thriller, but hopes have been raised, and while Infinite Dark remains readable, it’s not as compelling. 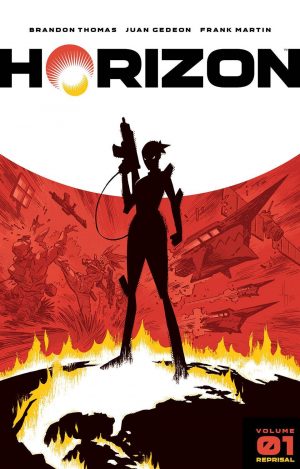 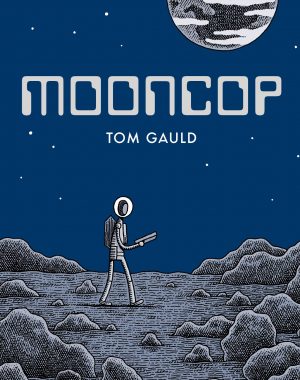