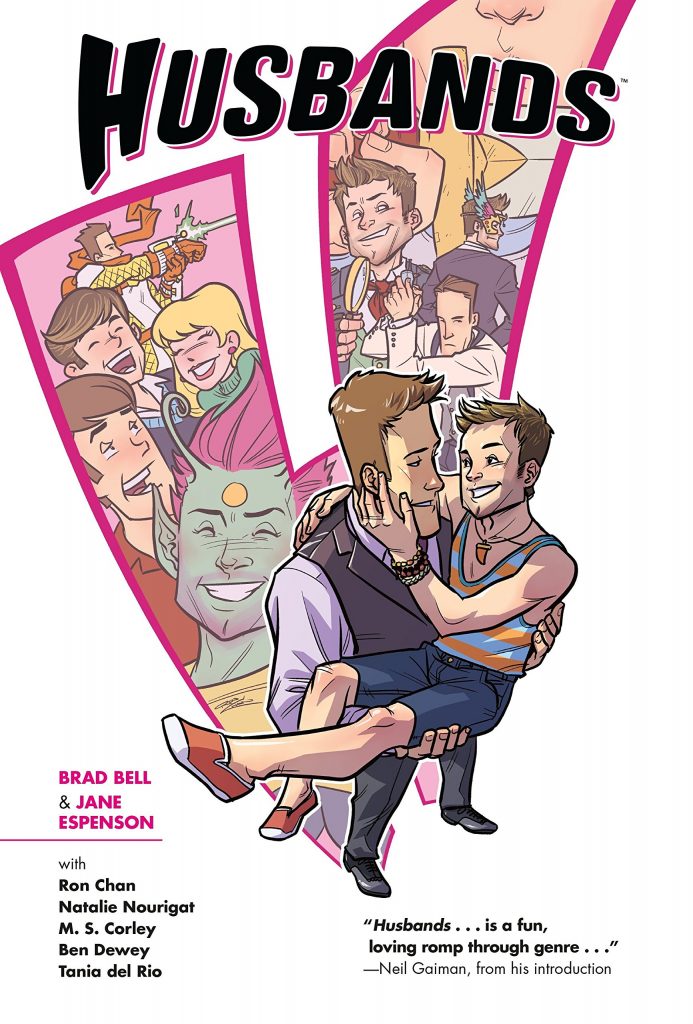 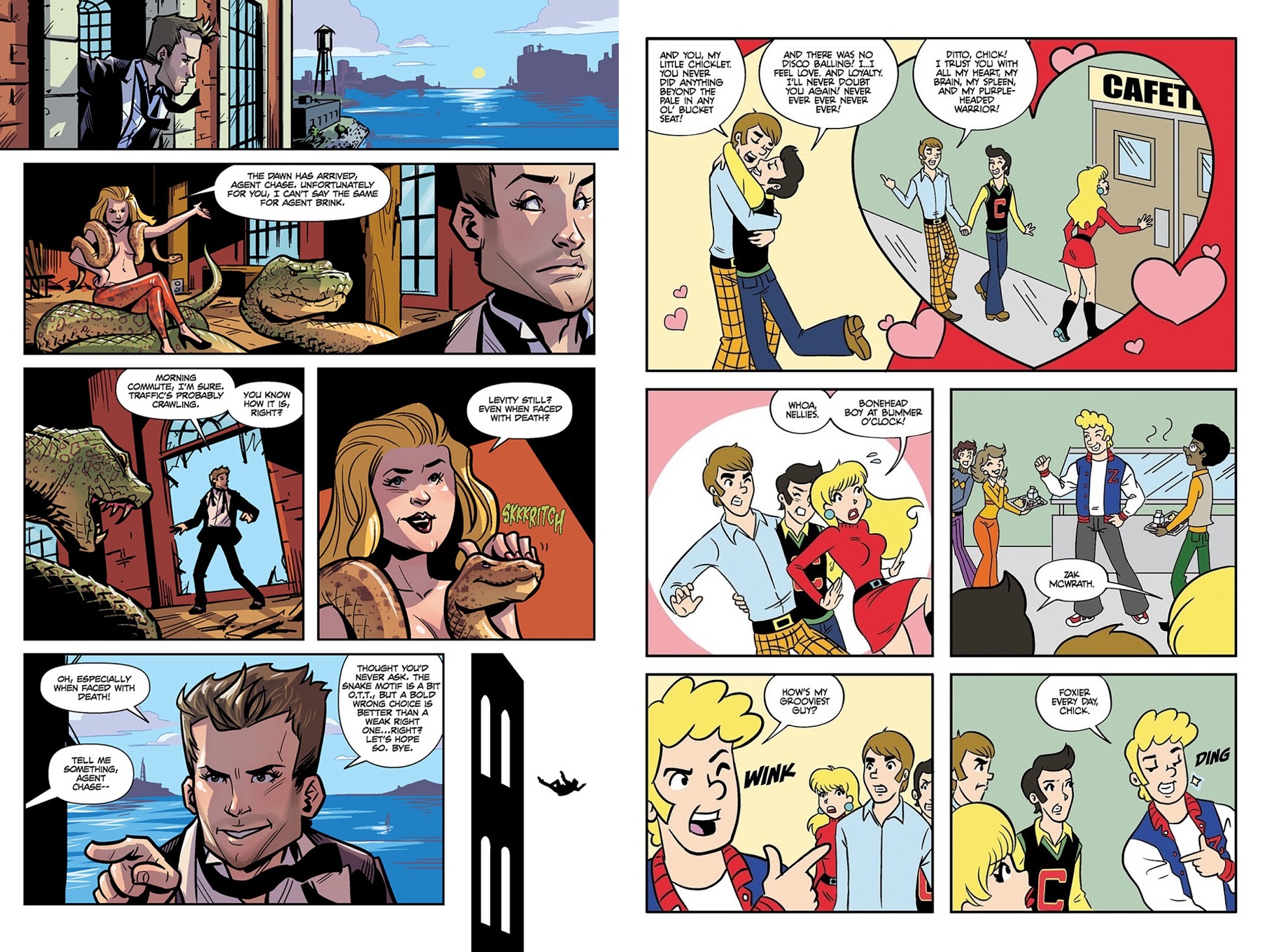 Husbands, the graphic novel at least, is a very strange idea in the 21st century. Back in the day wacky ideas as the Flintstones in space or Star Wars musical specials were commonplace genre crossovers. Are today’s audience as keen to see loved sitcom characters recast in assorted fantasies? Husbands is known to most as a streaming sitcom about Brady and Cheeks waking up in Las Vegas to discover they’ve married. As they’re both celebrities, there’s no way it’ll be kept quiet. Also featured is Haley, Brad’s bestie.

The TV show was quick-witted social observation, twisting TV and film clichés along with preconceptions well beyond the characters being gay, and much the same applies to the graphic novel adventures. These begin with everyone in the wedding suite when a mystical book transports them from one genre scenario to another. These are short stories, only running to a dozen pages apiece, so in quick succession we’re in superhero territory, visit knights of old, take part in a Victorian mystery, head for outer space, play out a school drama in Riverdale and see a spy thriller. They’re all very self-aware, knowingly scripted by series collaborators Brad Bell and Jane Espenson, and funny as true love is proved time and again.

Ron Chan (sample art left) illustrates the opening and closing episodes in his compact cartoon style, and there’s something to like about all the remainder. Tania del Rio produces a nice Archie pastiche in the style of Dan DeCarlo, and there’s an appropriately pleasing Mignolaesque look to some of M. S. Corley’s gothic mystery scenes. The science fiction and knights of old sequences are more straightforward, but also nicely drawn by Ben Dewy and Natalie Nourigat, with all artists coping with the cartoon likenesses.

Brevity makes this a quick read, but the hardcover is priced to reflect that, so providing a welcome revisit to loved characters if you enjoyed the show.