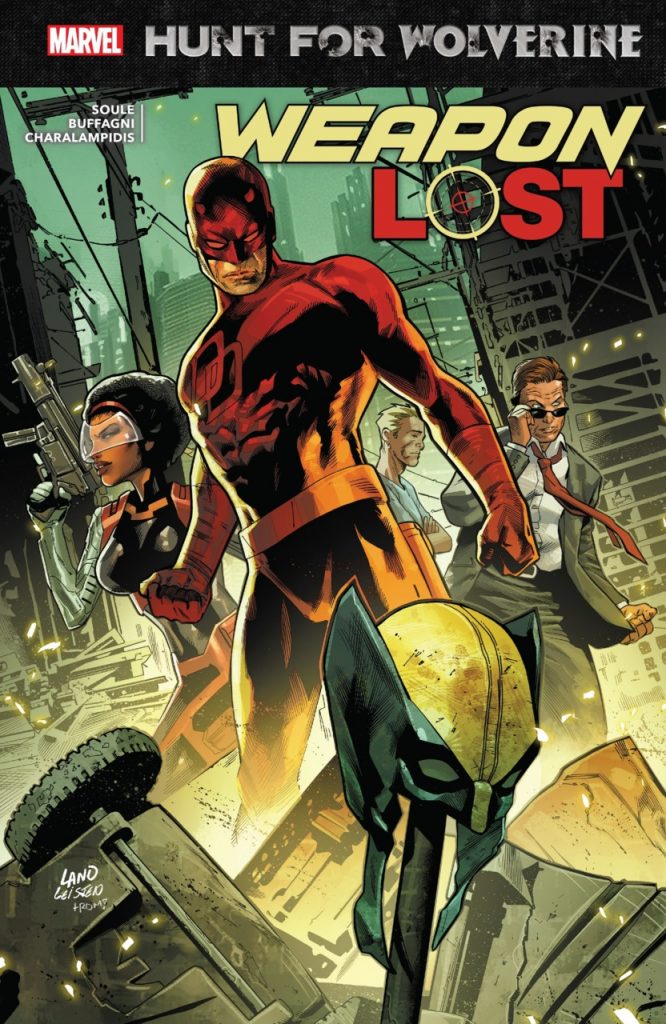 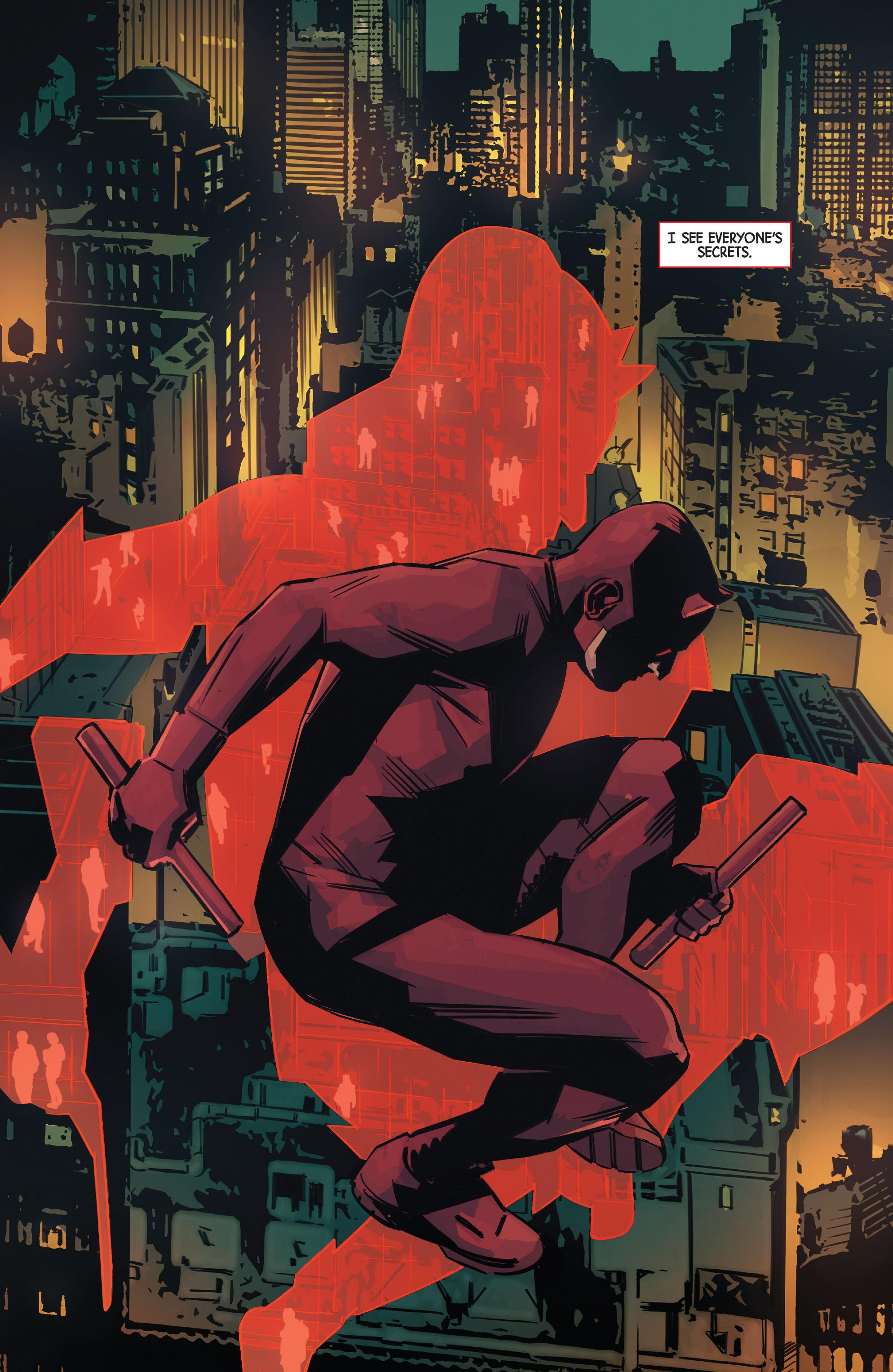 In 2014 Marvel killed Wolverine. Not before ensuring plenty of substitutes were available, but killed him nonetheless. Now his grave is empty and clues point to several different venues around the world. Weapon Lost concerns one of those options.

That three other graphic novels were released under the Hunt for Wolverine title should indicate that at best there’s a one in four chance that he’s actually going to be found in the story, and how much you buy into that idea goes a long way to determining what you’ll get from this. However, there’s equally a case to be made for putting that prejudice to one side, not caring about the outcome, and immersing yourself in Charles Soule’s old fashioned procedural detective story. Daredevil’s been asked to check on rumours of Wolverine’s reappearance, and his technique is to gather a team that can follow up on every credible sighting of Wolverine reported online.

This works well over a couple of opening chapters featuring just the crack investigative team, beating the streets, asking the right people the right questions. When a Wolverine sighting goes live, the team travel to Canada and Soule transforms the story from an investigation into a mystery. Matteo Buffagni switches the mood effortlessly, although there is some visual chicanery involved in artificially disguising a character in shadows and picturing them from odd viewpoints to prevent reader identification. He’s great with the all the cast, setting most scenes at night, swathing everything in a twilight gloom, or darkened rooms, and his redesign for a mutant character not seen for some while is a shocker, although viable in context.

Soule’s choice of cast is impressively obscure beyond Daredevil, but they all have a role to play, with former police detective Frank McGee, now an Inhuman, Soule’s own creation. It’s nice to see someone with super powers not in their mid-twenties or younger, buffed-up and beautiful. As Soule set the overall direction for Hunt for Wolverine, unlike some of the connected graphic novels, there is some minor plot movement, although it’s also something that could be faked or misinterpreted, so not definitive. This was also combined with the three connected graphic novels, and along with a prologue and epilogue, as a hardback Hunt for Wolverine.