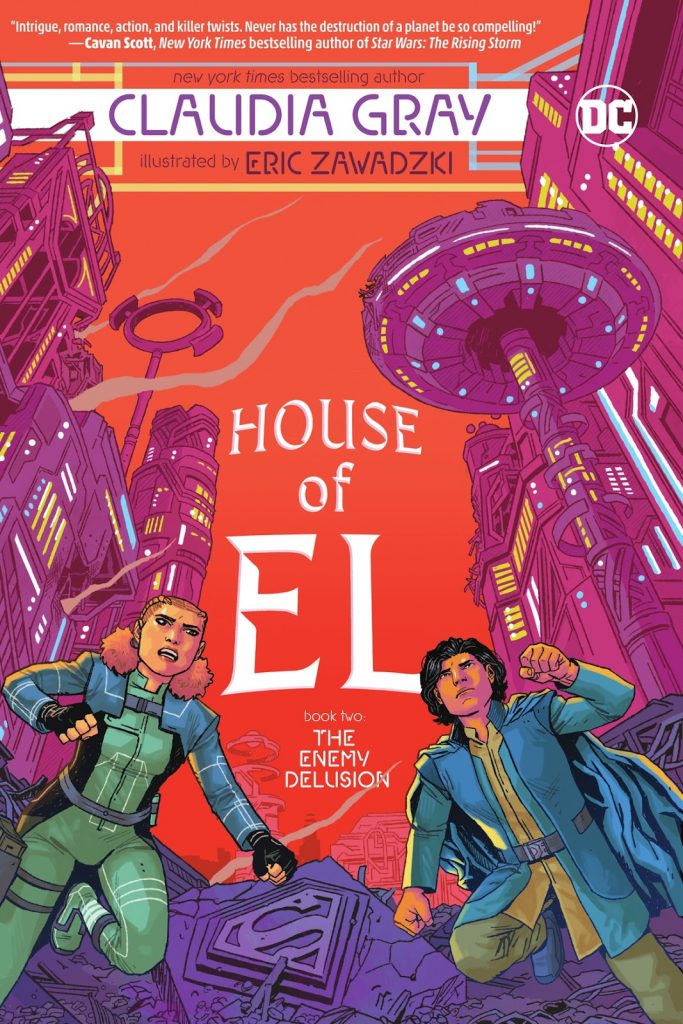 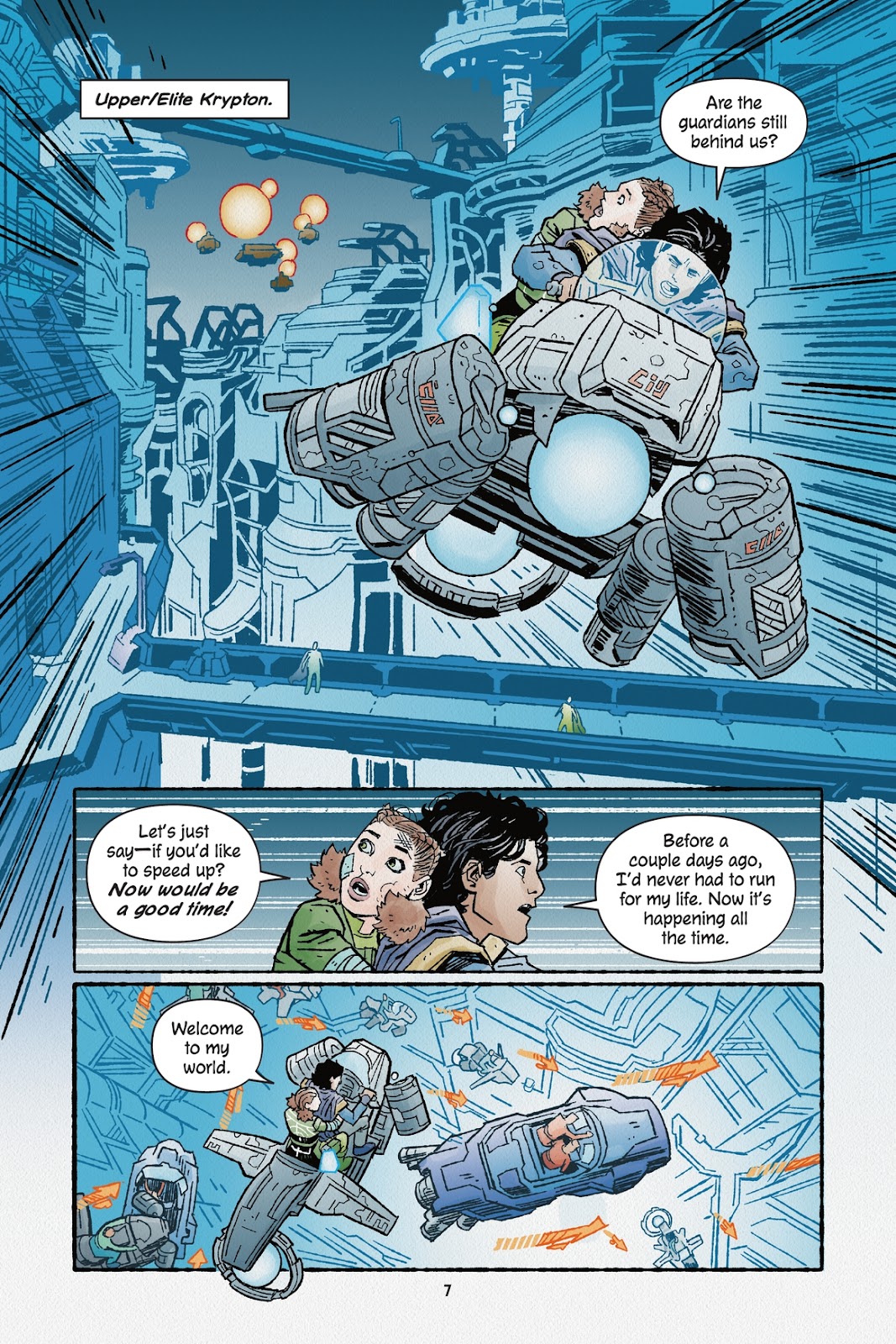 House of El is set on Krypton facing imminent destruction as the planet becomes unstable and earthquakes become stronger. The ruling council trivialise events, which is due to a clever touch introduced by Claudia Gray, who established in The Shadow Threat that everyone on Krypton is genetically programmed to have the skills required for a certain job. It feeds into the administrators being blind to danger. Jor-El and wife Lara have invented a technique that can reverse the genetic programming and used it on soldier Sera-Ur with the uncomfortable result of her now having a greater appreciation of her own mortality.

She’s associated herself with Lara’s cousin Zahn-Re, a member of the privileged class aware of Krypton’s inequalities and prepared to join those rebelling against it. Eric Zawadzki’s sample art shows them both escaping from government troops, the solid action instincts apparent along with an eye for layouts and detail. He turned in a great job on the first volume, and this is just as good, involving a broadening of the scenarios.

Sera and Zahn have acquired data about old Krypton, and it’s somehow key to findings Jor-El and General Zod are making about their planet’s instability. This is the background, though, while Gray’s plot prioritises Zahn and his allies in the Midnight group hoping sabotage will make an impression where other dangers don’t. She builds the relationship between Sera and Zahn gradually and sympathetically, making them both characters to care for, and giving them realistic fractures with former friends, and then eventually with each other. It’s also smart how she incorporates what readers familiar with the El family might have supposed about what’s going on, and yet manages to shock with it nonetheless.

Although marketed as a trilogy of young adult graphic novels, House of El is a series any regular comic reader can enjoy. It’s an original extrapolation of what’s previously been revealed about Krypton, and a compelling mystery thriller with great lead characters. It wraps up in The Treacherous Hope.