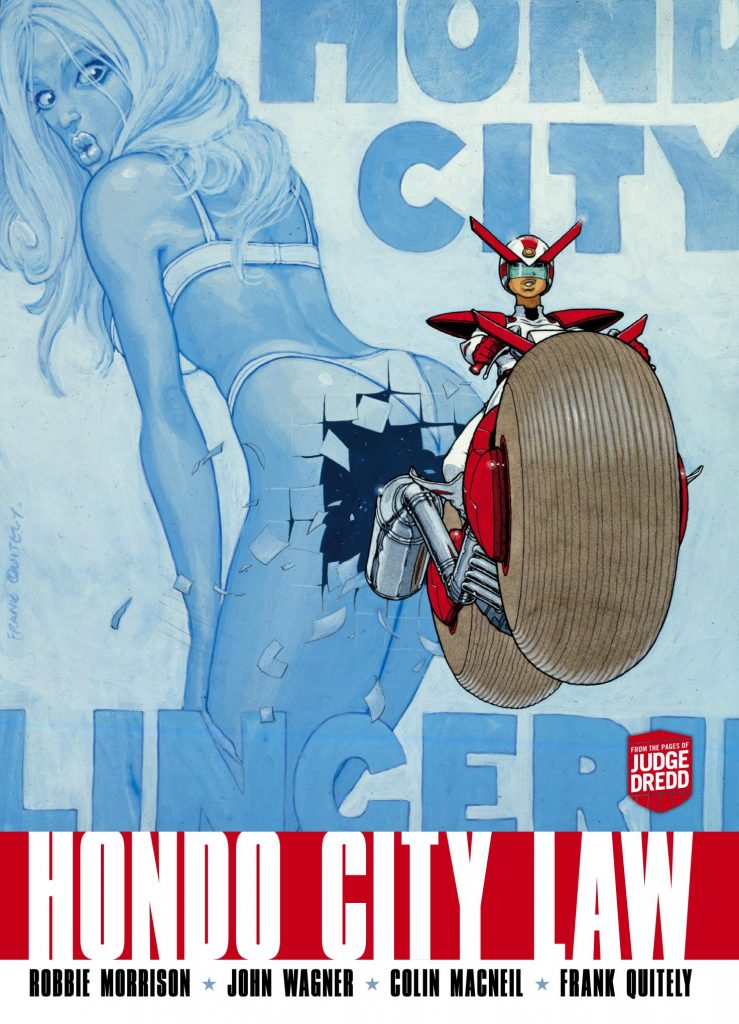 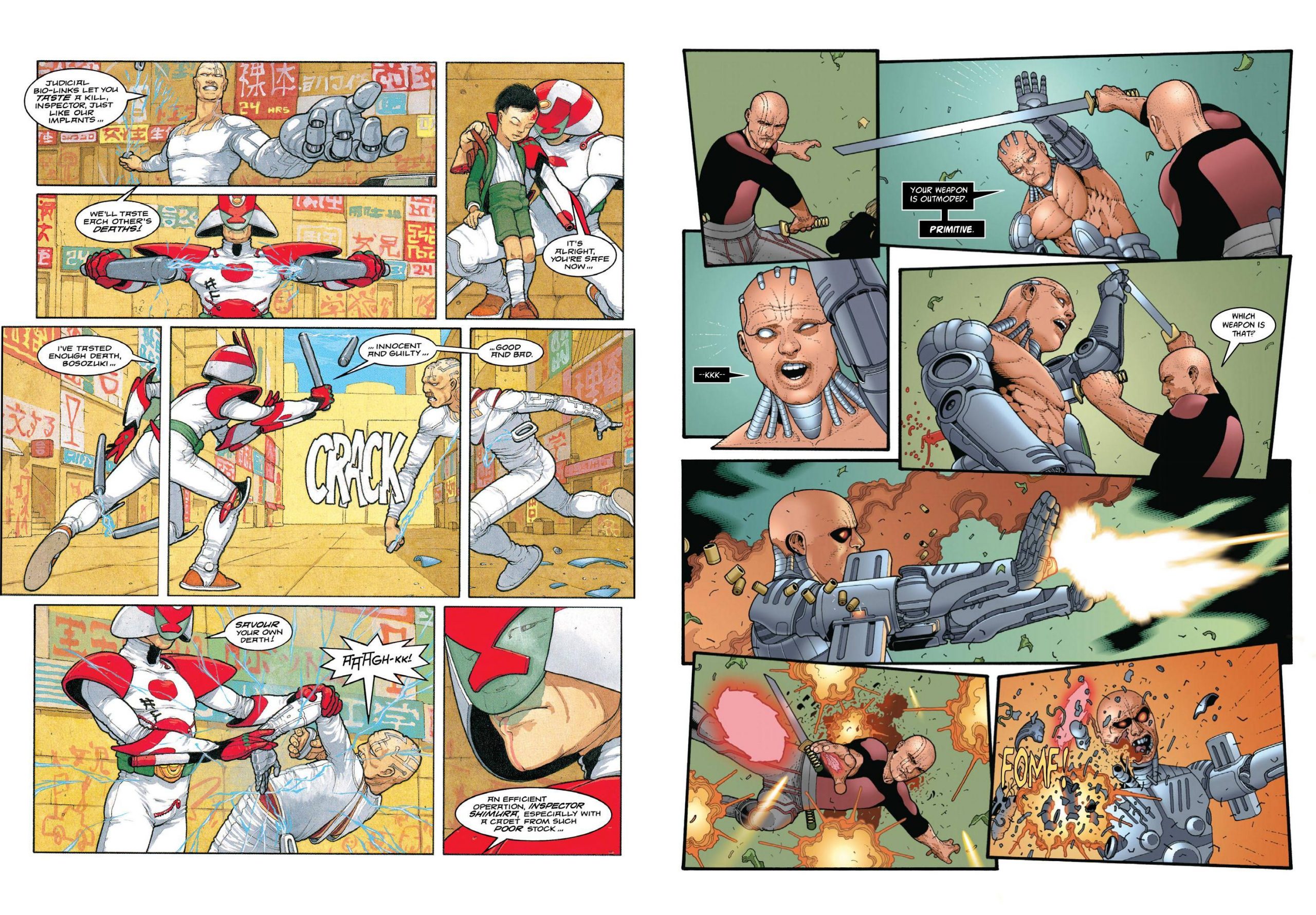 As Judge Dredd’s world spread beyond Mega-City One, it became apparent that the Judge system of law enforcement was franchised around the globe. Hondo City was one of several variations introduced by Dredd’s co-creator John Wagner, and his introductory story with Colin MacNeil sets the scene.

Hondo City exaggerates Japanese culture both present day and Japan’s past, presenting Judges armoured in the national flag colours of red and white and still using swords as a weapon, although biologically connected to the Judges. It’s clever and intriguing, but the culturally insensitive use of narrative captions ridiculing a Japanese person speaking English hasn’t dated well.

To Wagner Hondo City was a throwaway idea, but one that impacted on the teenage Robbie Morrison. He based his first 2000AD work on the city, introducing Judge Shimura and building on the cultural aspects by introducing corporate loyalty, Yakuza-style gangster culture and nods to 1990s anime. The result is a cultural stew, and to begin with Morrison not always managing to clarify the intricacies of his plots. However, those faltering first steps are accompanied by early art from Frank Quitely, and when you’re looking at his version of models whose modifications include weapon accessories as well as boob jobs there’s little to be forgiven.

Morrison’s work improves for focusing more on the characters than the superficial trappings. The remaining stories provide a classic double act. Former Judge Shimura is now a vigilante located in Hondo City’s poorest district protecting people from what he knows is corruption within the legal system, and Inspector Inaba working within that system aware of the shortcoming cuts some slack. There’s still a reflection of Japanese culture, but now it’s the 1950s noir films and the Ronin, which is less distracting, and the first story drawn by Andy Clarke has a wonderful cameo from Judge Dredd expounding on his views of the law.

Clarke’s also a very good artist at the start of his career (sample art right), not shying away from detail and amazing on a scene early in his second story requiring an inventive form of slaughter. However, when it comes to movement his figures lack a fluidity.

Neil Googe draws the final story in which the focus is on Inaba carrying the story with no input from Shimura. Morrison again filters in influences from anime, Akira prominently, along with monster movies, but now fuses them well with his story instead of them distracting from it. Googe isn’t quite at the same developmental stage as the other artists, trying hard to live up to the detail they provided, but incorporating it in a messy way so it’s difficult to know what the focus of a panel ought to be. It’s slight, but fun.

Although entertaining in places and with some good art, Morrison and his collaborators only rarely gel completely, with the Clarke stories the best of them, although the standout Hondo City spotlight is Wagner and MacNeil’s opener. Morrison’s learning process is over, though, and he raises his game in Hondo City Justice.