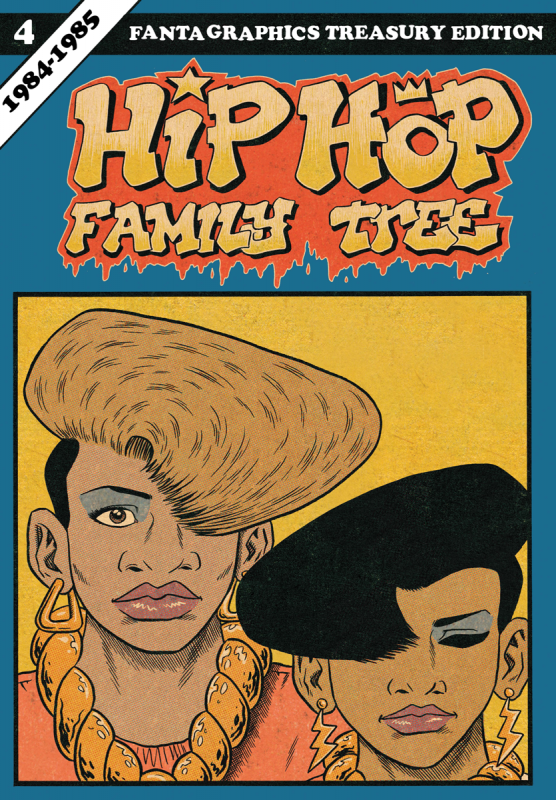 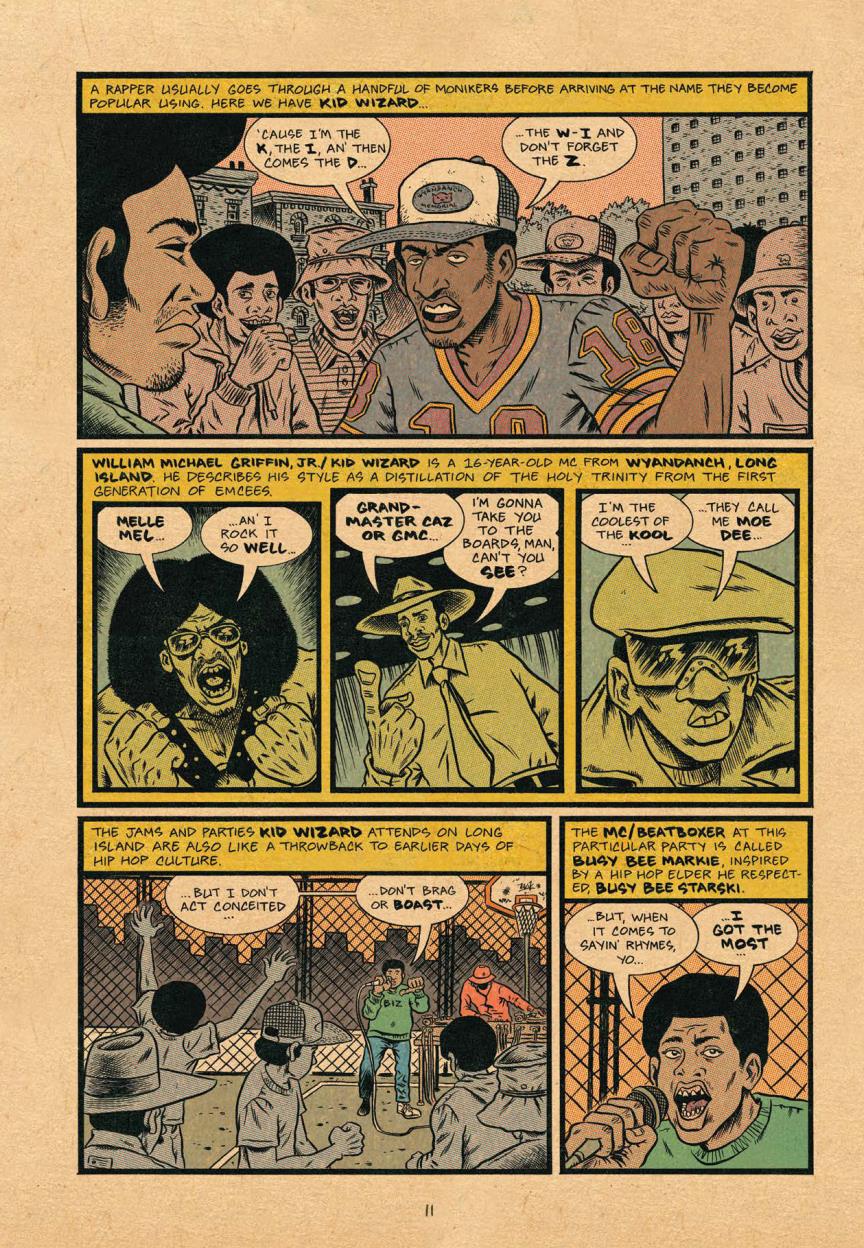 There’s a huge cast of characters woven through these volumes, often appearing before they make their significant achievements. Earlier books have shown this is not just a small coterie of artists, but a mass movement, involving the movers and shakers behind the records, as well as the graffiti and breakdance aspects of the culture. As we’re told early in this volume, artists would often go through a number of name changes before settling on the one that stuck. Philadelphia rapper The Fresh Prince is familiar though – he’ll be more famous as actor Will Smith. All that’s the unavoidable messy reality Piskor’s accurately capturing here, but it require careful reading.

Piskor, though, is accomplished at finding the overarching story among the detail. Volume 1 covered the roots of Hip Hop in the seventies, through to the first tastes of mainstream attention in 1981. The second volume showed things hotting up, with a number of cult hit singles, and Hip Hop beginning to spread from New York City to California, and Europe. The third volume charted moves into the mainstream. The pitch-able story in this volume is the arrival of Hollywood and TV producers, sensing history being made, with money sure to follow. He takes us through the making of the movie Beat St. with it’s compromises, fakery and missed opportunities.

Less obviously, this volume’s also the story of people deciding how to respond to the various ‘opportunities’. Turning down the fledgling MTV’s offer to make a video to accompany their single (“[People] will record it off the TV, and not buy the damn rekkid!”) was probably a mistake for Uncle Jamm’s Army. They also turn down the unpaid offer to “spin mixes” on a popular radio station, which did no harm to the career of the young Dr Dre. Rick Rubin is still to convince his Def Jam Records partner Russell Simmons, it’s worth putting out a record by some young white rappers called The Beastie Boys.

Piskor’s a quietly brilliant comic artist, adopting a classic (American) brush inking style. Those familiar with the earlier volumes will have spotted the brilliantly perverse attention to detail of these deluxe editions, in faking the yellowed newsprint and greyed-out blacks of period comics. As he moves through the years this lessens, but he uses the effect for flashbacks, and the flash-forwards are so bright and crisp they jump off the page. There are plenty of memorable visual touches, like the young Schooly D and band mates drawn with big heads on tiny bodies like Peanuts, and the silhouette of Salt ‘n Pepa dancing on top of their Datsun hatchback.

He follows the true story into other branches of culture, making it a minor ‘spotters delight: previously volumes included punk impresario Malcolm McLaren, an early champion – crucial in hip hop reaching Europe, and Blondie who had an early crossover hit with Rapture. Here we get, er…Jean-Claude van Damme. A cameo from ‘Godfather of Soul’ James Brown, may seem more obvious, but still proves illuminating. By the time of hip hop his mainstream fame had waned, and lacking radio air play, Hip Hop gave him a platform, that secured his enduring legendary status.

Even if you’ve little or no interest in Hip Hop, there’s still much to enjoy here. It’s a fascinating account of a youth and popular movement thriving in adverse social conditions, and more: a master class in non-fiction comics. 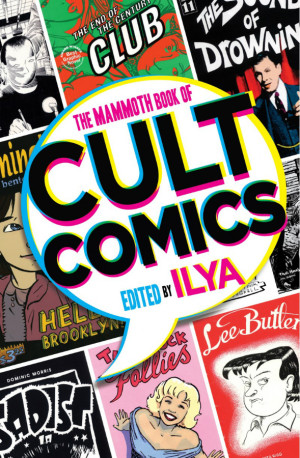