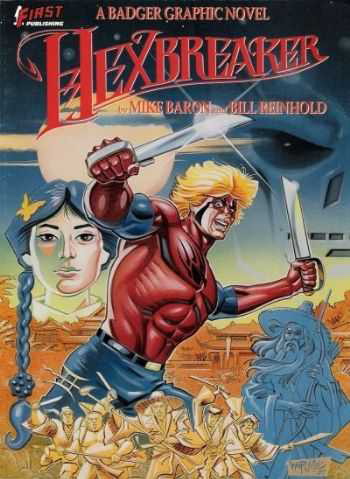 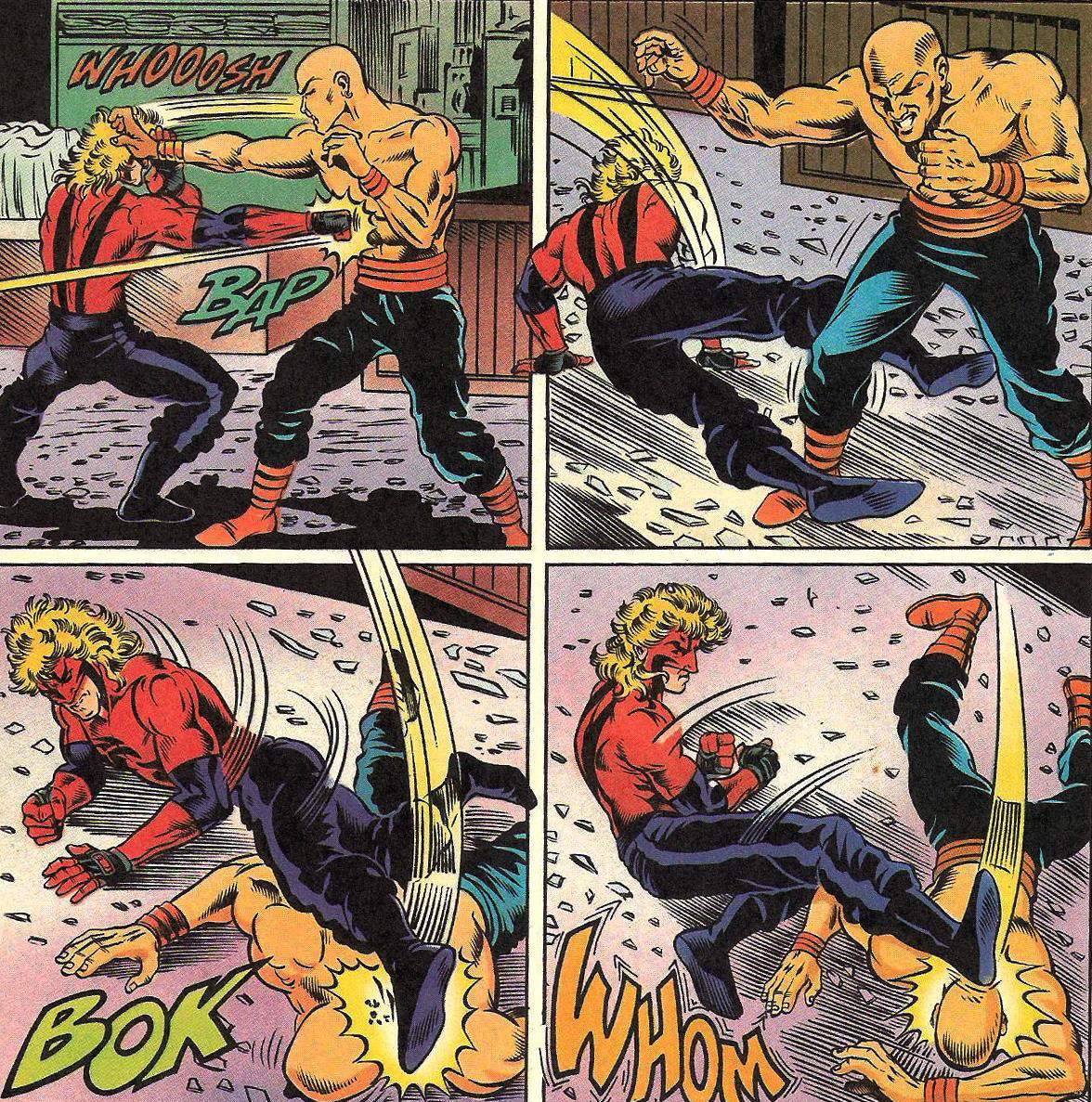 During the huge creative outburst of the early 1980s a number of quality independent publishers sprang up with an impressive variety of high quality concepts and packages. One of the very best of these was Mike Baron’s captivating psycho-warrior The Badger.

Norbert Sykes is a Vietnam veteran and martial arts devotee. Returning to Madison, Wisconsin after his tour of duty, he was locked in an asylum where he met an immortal Celtic wizard named Ham. Together they escaped and teamed up for some of the strangest adventures in comics. As well as believing himself a superhero, Norbert has a number of other personalities ranging from a little girl to Pierre the Homicidal Maniac rattling around in his battered skull.

He can also communicate with all animals.

Released in an oversized, European-style album, Hexbreaker was a tentative experiment in the then emerging arena of graphic novels, and relates how Badger is invited to compete in a martial art tournament organised by the Black Lotor Liu Hu Society, who, as all the best people know, are the secret masters of the World. Every century the 100 best fighters on Earth battle to the death and the winner/survivor receives one wish: anything at all, possible or impossible.

As a westerner and certified lunatic, Norbert has to overcome a certain amount of graphically physical resistance just to get there and picks up the tragic and mysterious Dr. Mavis Davis along the way. Once there however, it seems a lot of old enemies have been waiting for him…

Baron’s love for Hong Kong cinema is evident in this glorious, manic riot of all-out action, but even so there’s a huge amount of comedy and character-play on show, courtesy of Bill Reinhold’s exuberant and passionate art. The story rattles along at rollercoaster pace, peppered with eccentric and surreal one-liners whilst the deceptively solid illustration provides violence, suspense, hilarity, lots more violence and even a dash of sultry romance to keep readers wide awake and whooping with joy.

This is a wacky, wonderful giant box of comics delights: raw, frantic, captivating and beautifully illustrated, offering full-on fun and headily gratuitous kicks. And punches. And throws. And…