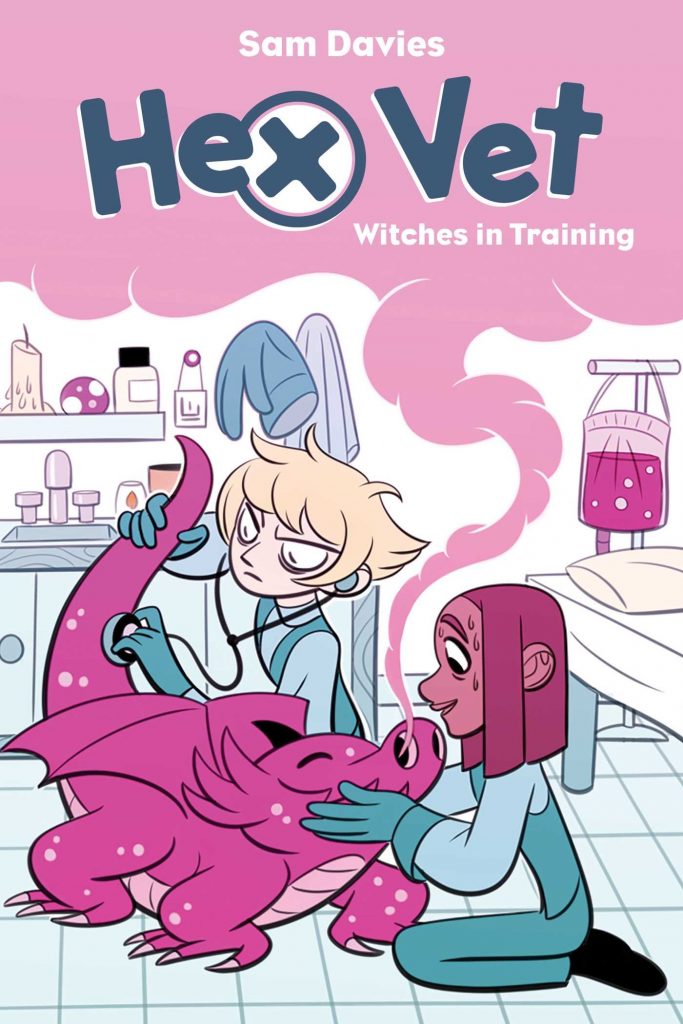 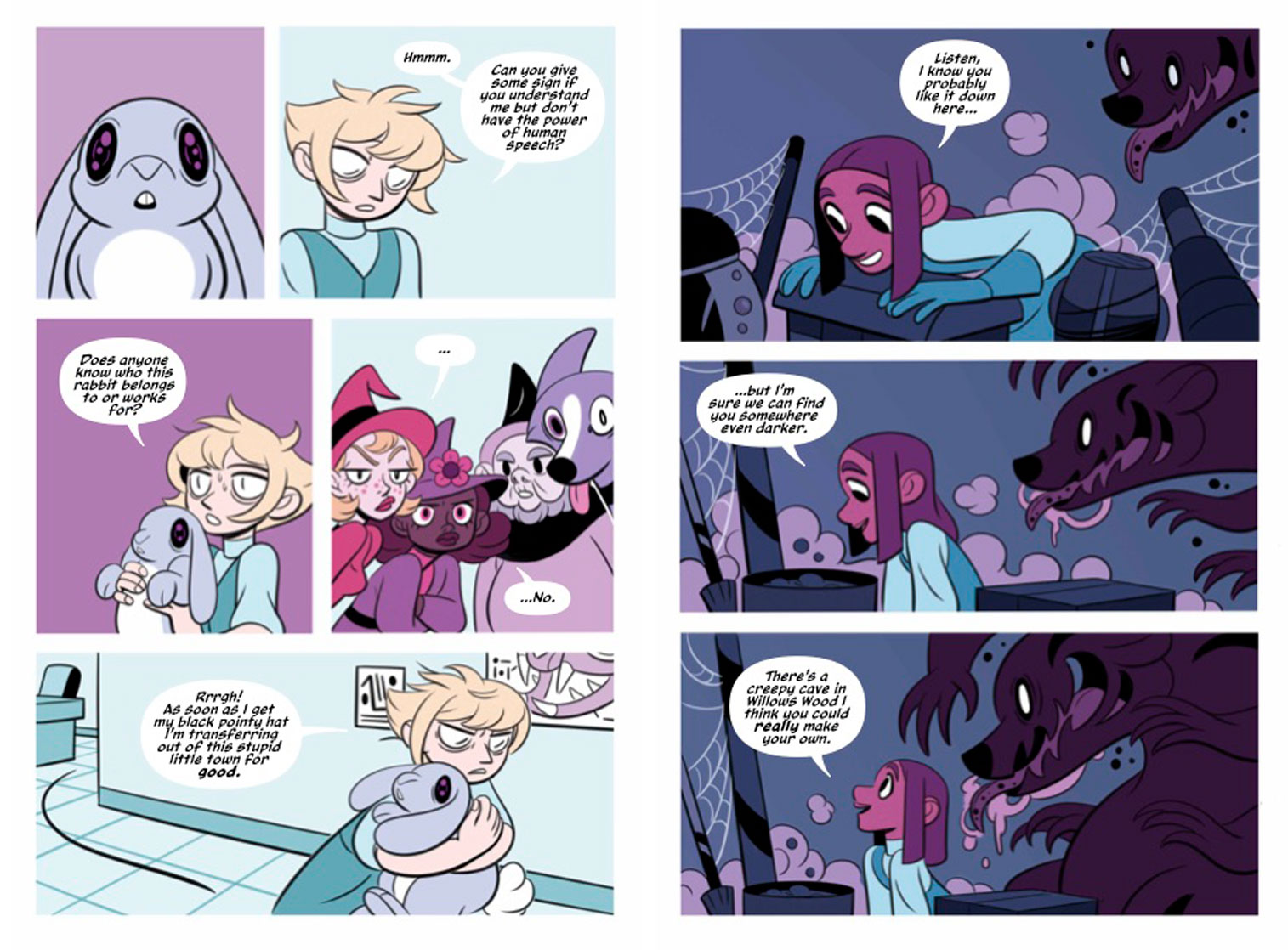 Sam Davies writes and draws a popular webcomic called Stutterhug: “an ongoing collection of short silent comics. Suitable for soft creatures of all ages” which features beautifully drawn sequences of pantomimed encounters between a variety of stylised, big-eyed and big-pawed animal, human, mythological and fantasy protagonists. They vary in size from tiny woodland creatures to polar bears, wolves and lions, all sharing an elegantly spare descriptive language of movement conveying relationships and situations through body language. Her choreography and timing is so good that tiny little moments are enough to create gentle, complete playlets in a few panels.

Hex Vet: Witches in Training ingeniously combines her fantasy beasts with the popular hospital sub-genre of stories about animal care. Willows Whisper is a veterinary practice where the doctors are all sorcerers, their trainees are apprentice witches, and they must use spells to cure the magical ailments of the mythical creatures that come to their surgery. The two trainee witches, Clarion Wellspring and Annette Artifice – Nan for short –  are learning how to be vets under the tutelage of Dr Cornelia Talon and her head nurse Ariel Chantsworth, all designed with distinctive features that tell readers something about their characters.

When Dr Talon has to go off site to deal with the birth of triplet manticores (since you ask: a sphinx-like creature with a human head, the body of a lion and a scorpion tail), the two trainees are left alone and in charge. This would be great if they didn’t suddenly have to deal with two problems. A magically hypnotic rabbit begins infecting all the other animals in the surgery, and a specially enchanted vermin known as a bugbear hides somewhere in the building. One of these would be enough to deal with, but both together may be more than the girls can handle. There’s just the right amount of jeopardy, detective work and clever problem-solving to make this story enjoyable for young readers, with little bits of character to make Clarion and Nan interesting protagonists that you want to see more of.

A bonus extra at the end of this story is a six-page section ‘How to make a Comic Page’ where Davies shows readers exactly how she works. She uses page 17 as her example to go from thumbnail to sketchy pencils, inks, flat colours, shading and then the complete lettered final art. “Remember though, there’s no one way to do it and as long as you manage to get a page finished I’d count that as a win… even if your own method takes 50 different steps and frequent breaks to cry”, she advises. There might be a few tears from anyone trying to copy the art stages of a creator as good as Davies, but it’s an excellent goal to aim at. The next book in the series is Hex Vet: The Flying Surgery. 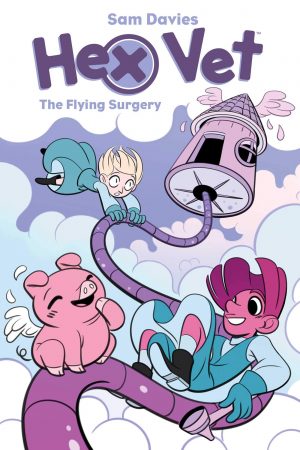