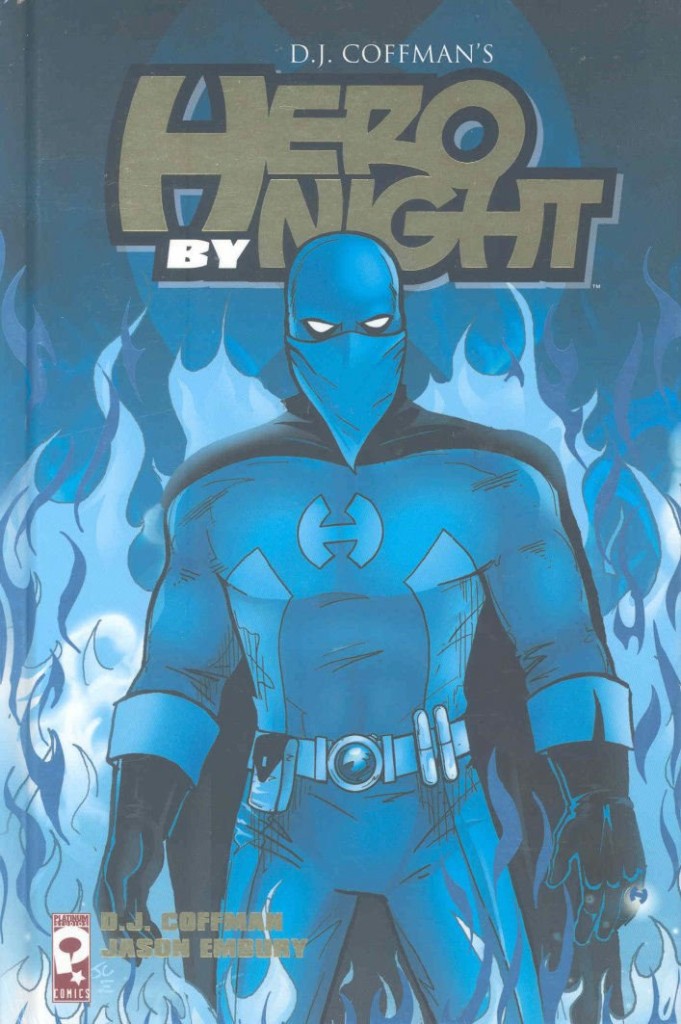 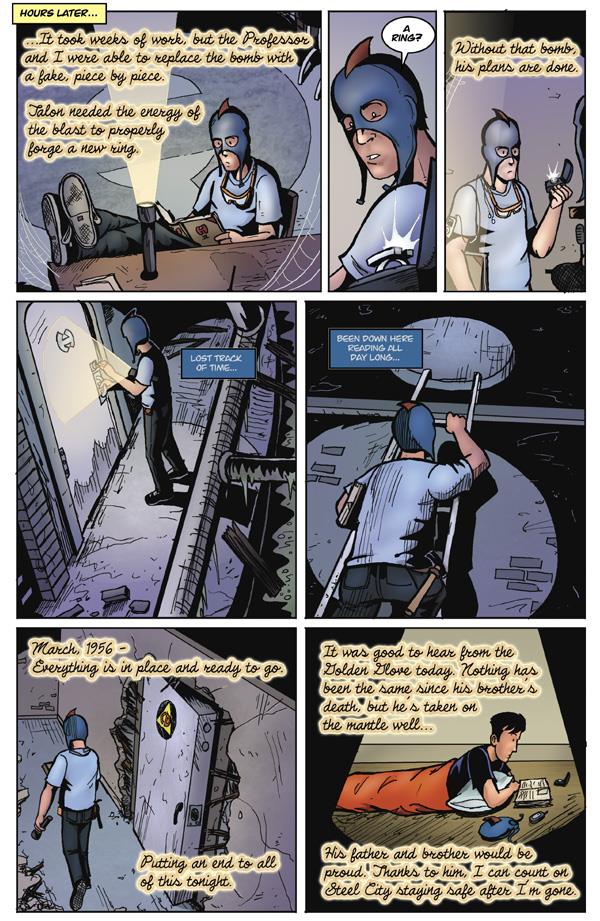 Jack King is appointed the new superintendent of a building his father owns. Starting his cleaning up operation he finds the plastered-over entrance to an old underground civil defence shelter, and investigating that a little further he discovers the lair of 1950s costumed crimefighter Hero by Night. Once quite the nocturnal celebrity in Steel City he disappeared after a final battle against an old enemy depicted over the first five pages. In 2007, though, despite some hanging on to his memory, Hero by Night is tumbling into obscurity.

In a standard superhero story this would be the opening sequence of Jack deciding the city now needs a protector more than ever, and utilising the materials he’s discovered. Credit to D. J. Coffman for ensuring that’s not his first thought. Eventually he is forced to put on the costume, but the way Coffman brings this about improves on the predictable process. In the best tradition of such series, there’s nothing like danger to ensure Jack learns a lot about himself and his discovered legacy.

Coffman’s method of introducing that legacy offers story possibilities later explored, and innovative ideas are continually presented. It’s not every hero, for instance, who can trace his origin back to the dabblings of a 17th century alchemist.

From the start Jack comes over as likeable, and while there’s tension and danger, Hero by Night is very much the lighter end of the superhero market, and this is helped along by Coffman’s appealing cartoon style. There are a few nods to the wider comic world – doesn’t the previous superintendent seem familiar? – but these aren’t obtrusive and add a pleasing easter egg gloss to the entire package.

Hero by Night began as a winning competition entry, and this collection includes Coffman’s thoughts on how he prepared his entry. If you’d prefer not to buy, the entire story is available online here along with plenty of associated material. It took eight years, but a continuation has now been issued.