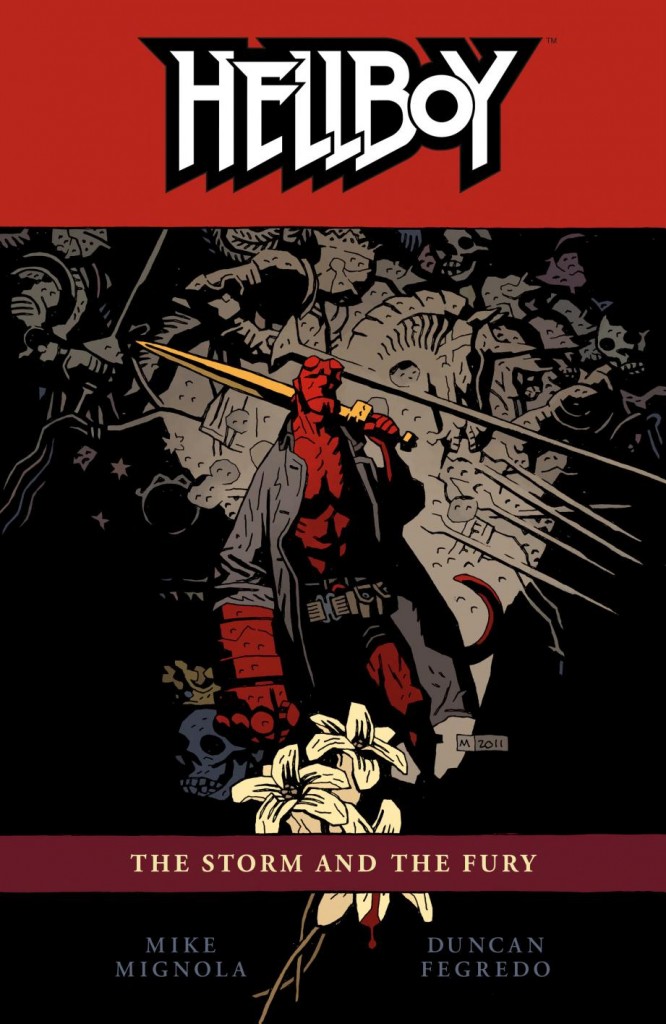 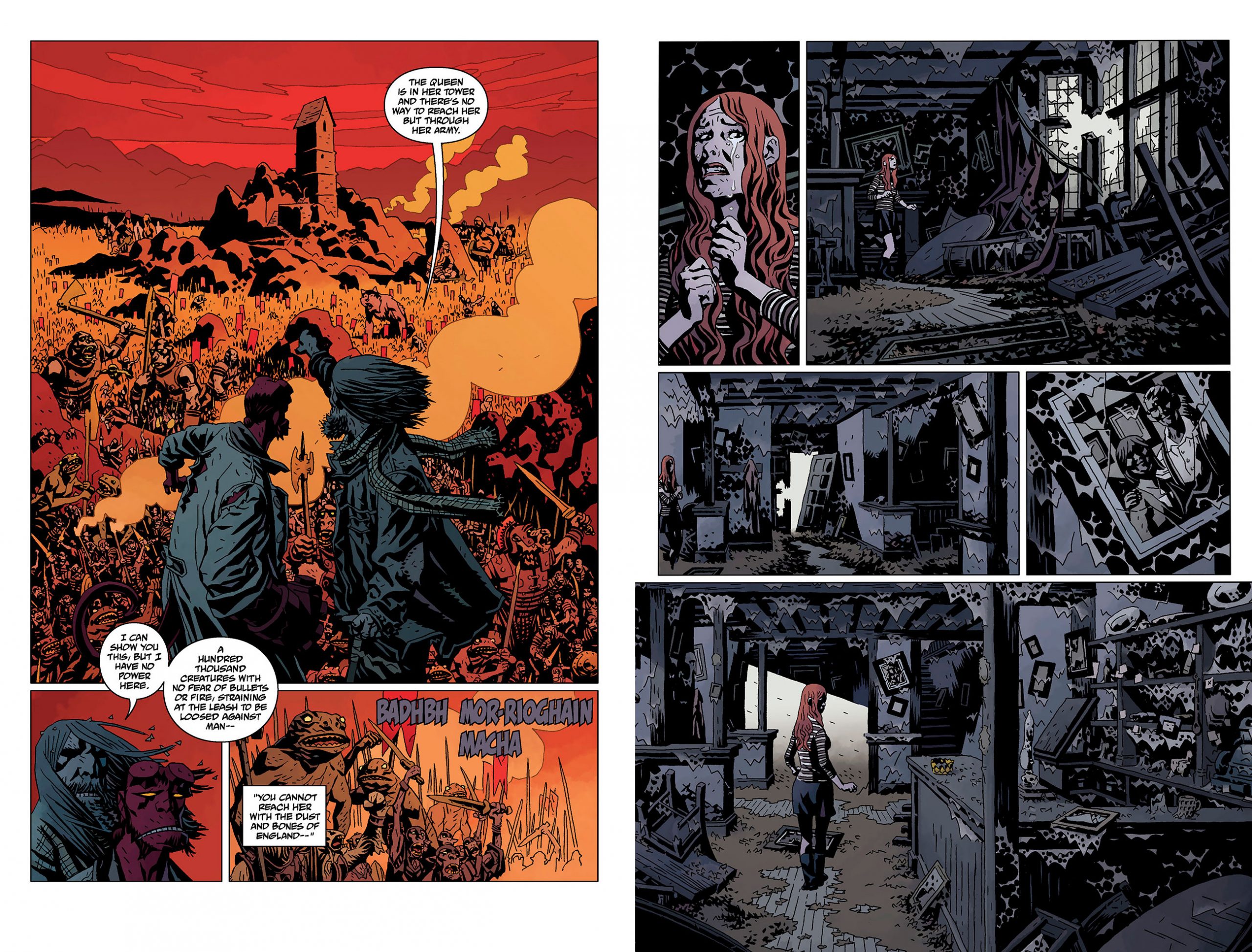 The Storm and The Fury, volume 12 of the collected Hellboy is two stories, ‘The Storm’, and ‘The Fury’, combined into one big saga. It follows on immediately from the events in Volume 9, The Wild Hunt, the resulting numbering jump due to volumes 10 and 11 being short story collections. It starts quietly enough with Hellboy and Alice Monaghan driving a tiny rental car around rural England, and very quickly spirals into the first of many violent confrontations as Hellboy has to decide if he is the potential destroyer or saviour of the world.

This book is the finale to nearly twenty years of Hellboy stories, and Mike Mignola writes one big rollercoaster for Duncan Fegredo to draw. Fortunately Fegredo is more than up for the challenge. His amazing facility with any kind of scene, whether it’s a literal cast of thousands or a quiet moment in a sun-dappled glade, means that this book is an absolute feast of massive set-pieces. Dead British nobles rising from their graves to form an army to be led by their once-and-future-King; Morgan le Fey, Queen Mab and Merlin wielding their magicks; the final disposition of the sword Excalibur; the Four Horsemen, King Vold and the Wild Hunt, a visit from Azaroth, and even a kind of deal brokered with Baba Yaga; the intrigue and action doesn’t let up for a moment.

The final conflict between Hellboy and the dragon/Jahad/Queen of Blood, Nimue, is stunningly conveyed by Fegredo, who has mastered the graphic language of Mignola’s line and added his own style and detailed renderings on top of it to create absolutely beautiful pages. Dave Stewart’s complex and inspired colours complement Fegredo’s compositions magnificently and by the last chapter you’ll be turning the pages fast enough to create a light breeze, as you get to the conclusion of this battle between the forces of light and darkness for all that is or ever will be.

The Storm and the Fury is a very worthy finish to this cycle of Hellboy stories, with an ending that sets up a fresh kind of problem for him to deal with and a whole new dynamic for the stories to follow. Mike Mignola draws the Osiris Club in the epilogue to this tale, commenting on the end of things just as they did on the beginning many years earlier.

The introduction to this volume is by Glen David Gold and there are also some sketches by Mignola and Fegredo. This volume is also reprinted at a much larger size along with other stories in the archival hardcover Hellboy Library Edition: Volume Six.