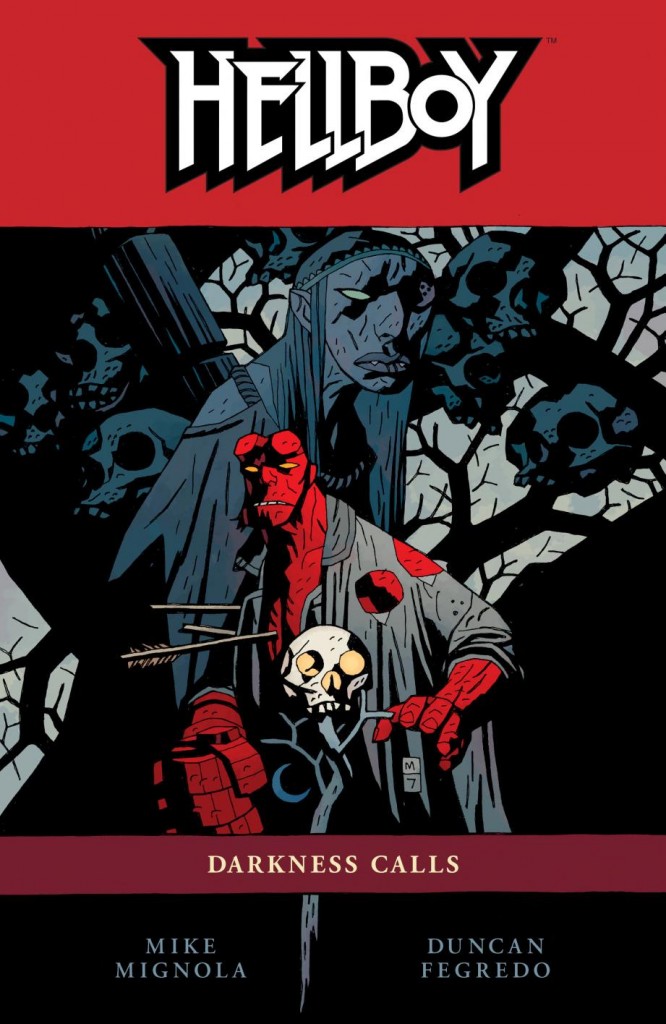 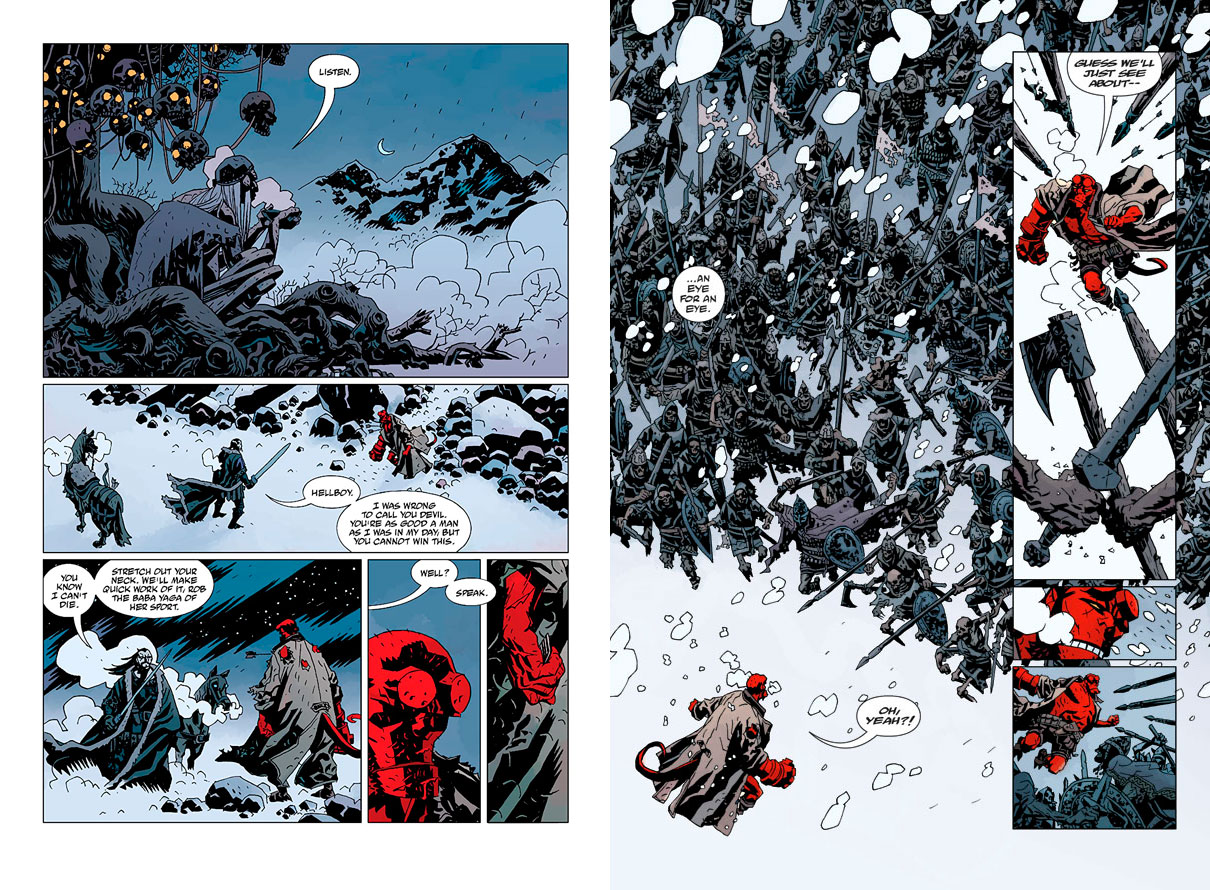 Darkness Calls, the eighth volume of Mike Mignola’s Hellboy, starts with one very big change. For the first time, another artist is depicting the ongoing adventures of Hellboy rather than just coming in for a short story or two-parter. Duncan Fegredo has a drawing style much more rooted in naturalism and representational mark-making than Mignola, but he is also a very interesting stylist in his own right with an elegant design sense. Fegredo adapts the way he draws to echo rather than imitate Mignola and the resulting blend of their approaches works incredibly well. Combined with the expressive and beautifully sombre colouring of Dave Stewart this new arrangement is perfect for the intricate web of wickedness that follows.

Lots of previous adversaries return in this volume; necromancer and black magician Igor Bromhead, iron maiden Ilsa Haupstein/Hecate, aristo vampire Vladimir Giurescu, and worst of all, the Baba Yaga, who is going to put everything she’s got into destroying Hellboy once and for all with the help of chillingly inhuman mass murderer, Koshchei the Deathless. That’s not just a nickname; his soul is hidden inside an egg, inside a duck, inside a rabbit, inside a goat so it doesn’t matter what happens to his body.

Add more plotting and terrible portents from The Council of Witches, many other strange Russian sprits, an army of skeletal warriors, disturbances in the graveyards of Britain and the fate of Dagda, king of the Elves and it’s another very absorbing, exciting and satisfying ride. Mike Mignola writes and draws the second of two epilogues, featuring Hecate.

This volume has an introduction by Jane Yolen and the sketchbook section has preparatory drawings with commentary by both Fegredo and Mignola.

This book and the next in the series, Hellboy: The Wild Hunt is also reprinted at a much larger size in the archival hardcover Hellboy Library Edition: Volume Five.