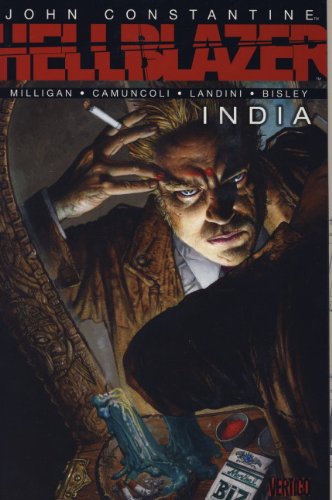 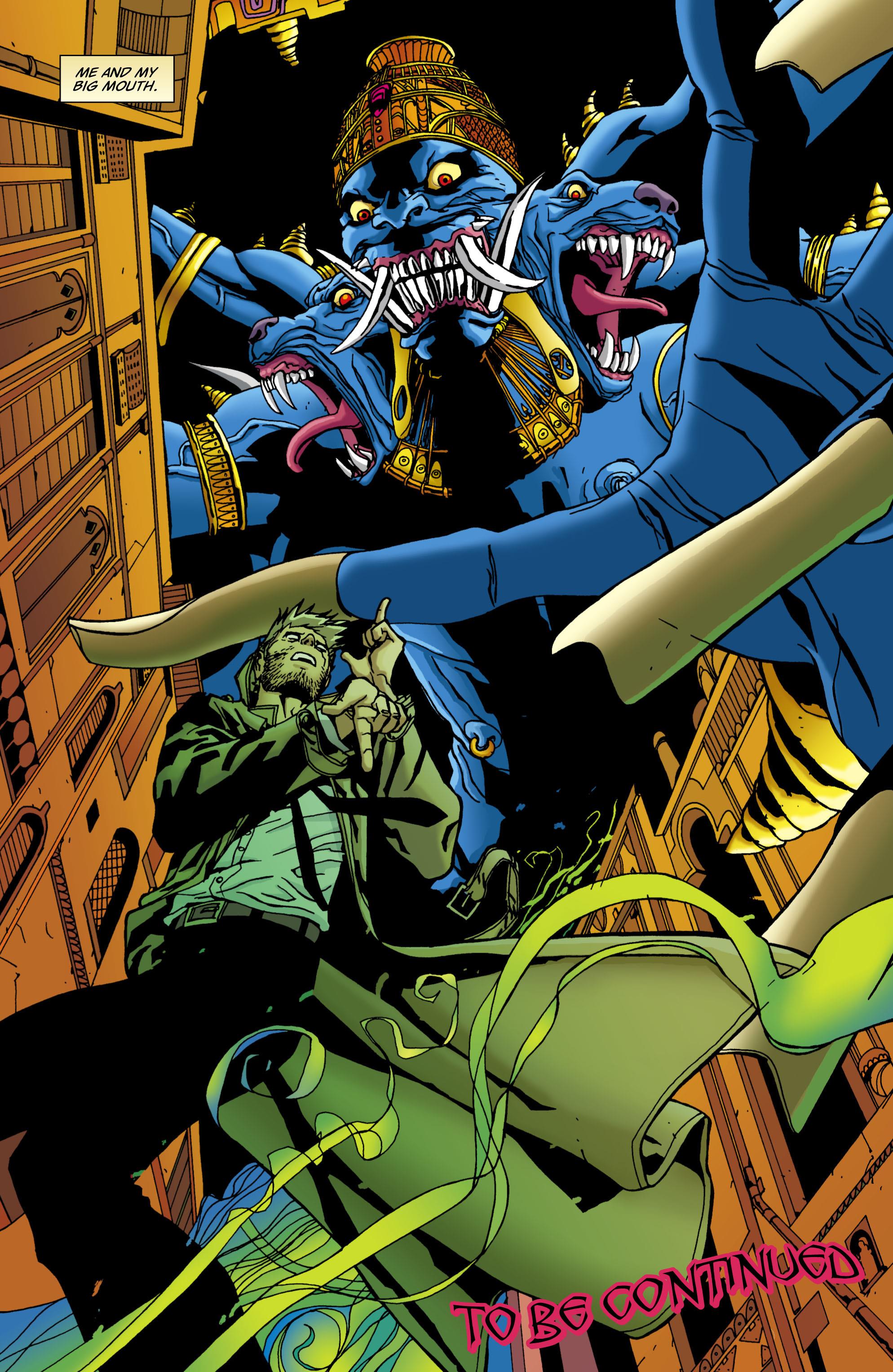 Constantine’s rather caught in a trap. He wants to bring someone back to life, and there’s a method of doing just that, but it requires the petitioner to be in a state of purity. Does he fit the bill? Does he hell. That’s Constantine’s problem in a nutshell.

He’s come to India to seek the advice of someone he knows of old, one Charles Pankhurst-Hawk, now fleecing the rubes of Mumbai by offering fake spirituality. Constantine sees through that immediately, but remains unaware of the bigger game Hawk has going, one that can’t afford any untoward attention of the type Constantine might bring. There’s another problem in Mumbai, one that’s leaving young women dead in the street.

Amid a plot calling for extreme and terrifying violence Peter Milligan throws in some playful philosophical questions about reality, life as we perceive it to be, the remains of a colonial perversion and some fantastically sarcastic dialogue. For all the horror, India is a frequently funny graphic novel, and graphic novel it is, a story complete from start to finish rather than a collection of comics, even if a few plot tendrils lead in and out again. It’s the finest individual story Milligan weaves for Hellblazer, but dragged down the rankings by the inclusion of  further content.

More so than the previous books, the colouring of Trish Mulvihill is important to the art of Giuseppe Camuncoli (layouts) and Stefano Landini (finishes). Characters are identified by distinguishing colour – blue hair, red holy marks and a horrific bright blue Hindi demon, the Kali Yuga. When it comes to that, the artists create a terrifying final incarnation.

As with the previous Hooked, there are also two chapters illustrated by Simon Bisley. Think of these as the bonus content, featuring a reunion with Constantine’s old punk era bandmate Faeces McCartney. Faeces has never betrayed his punk values, and neither has Milligan, who produces a scabrous diatribe about the allure of the right wing balanced against the spirit of Sid Vicious animated by unholy relics. It’s hardly subtle, and is predictable, but it’s fun and Bisley’s again on sparkling form, at times almost taking Richard Corben for his muse.

Hellblazer is in good hands with Milligan and he brings us Bloody Carnations next.