Heartbreak Soup and Other Stories 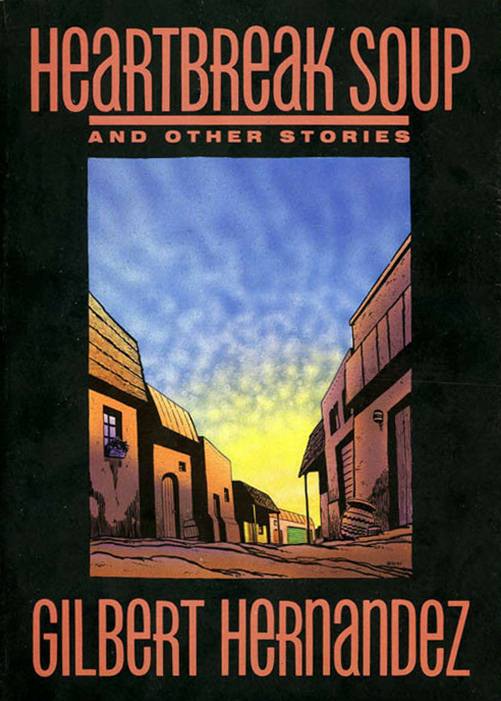 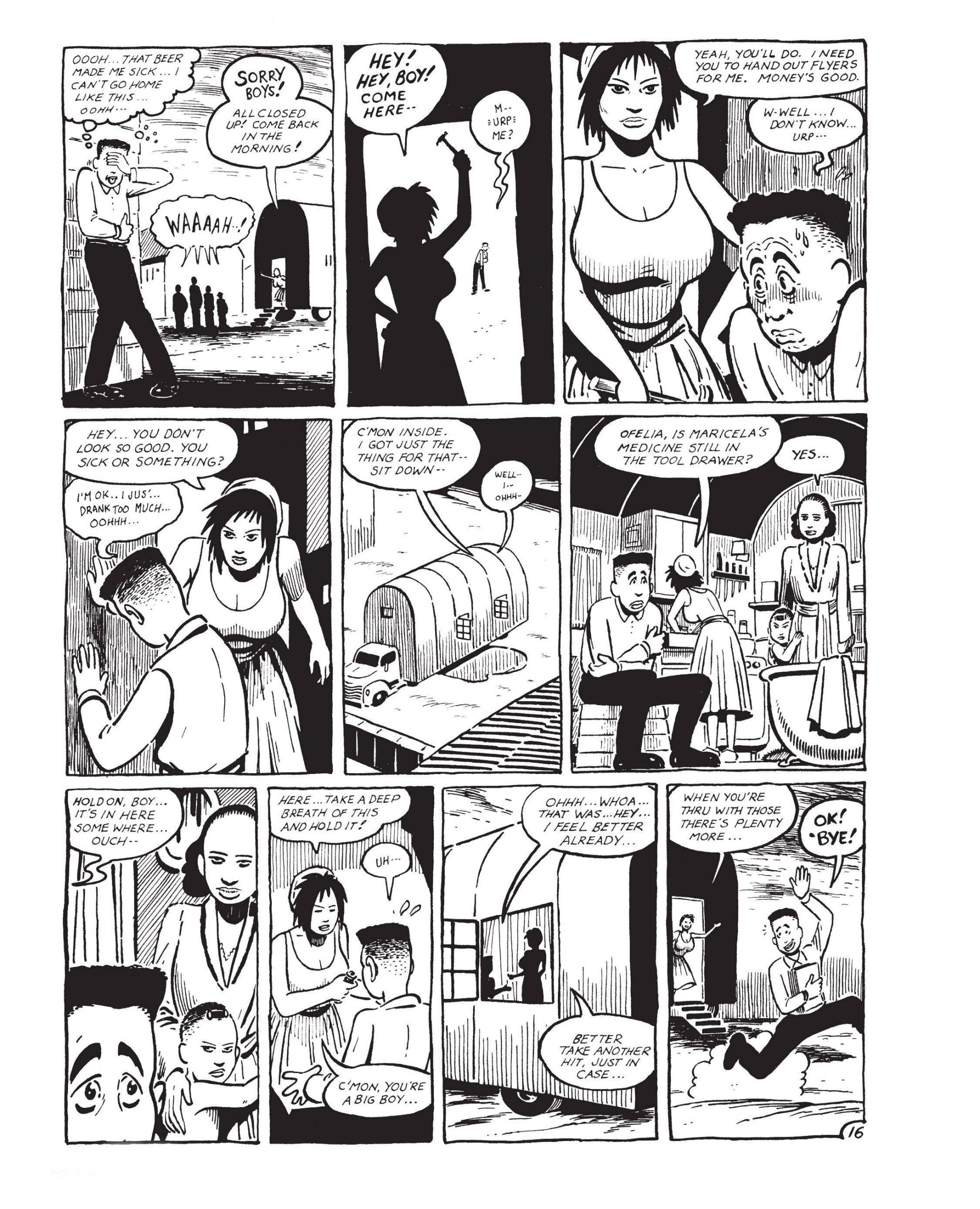 It took Fantagraphics some time to conclude that when it came to collections, the very different work of Gilbert and Jaime Hernandez would have greater general appeal if separated. Heartbreak Soup and Other Stories was their first solo Gilbert anthology. It certainly represents his overall output, yet in hindsight this is a subdued and compromised affair, flitting between the earliest of the career-defining Palomar stories and other more transient material.

In 1987 Hernandez had four years of serialised Palomar stories behind him, each gradually defining the fictional Central American town and its few hundred inhabitants slightly more, and this opens with a strip prepared as an introduction to the second Complete Love and Rockets volume. Chelo, the town midwife, considers how some of the children she delivered grew up, with a brief look at her own youth. It’s wistful and horrific, Hernandez applying a matter of fact acceptance of some appalling events.

Three longer stories and two shorter visits to Palomar follow. The title piece is the Hernandez of 1983 stretching himself, moving on from the whimsy characterising the also included Errata Stigmata and Twitch City strips and leisurely rolling out forty pages of subtle character moments. When first serialised, it was remarkable and novel. A naturalistic small town drama with a large cast was new for comics, but Hernandez ventures into mystical realism, the frustration of passion that’s sometimes not reciprocated, and over a dozen people are supplied with character-defining moments. The glamorous Luba moving to Palomar and setting up a rival bath house to Chelo is one of several threads causing turbulence, and from that Hernandez rolled out a decade of memorable stories. It’s only due to his innovation, influence and progress that ‘Heartbreak Soup’ is no longer the standout it was. Hernandez learned to rely more on art and less on captions, and that art became more open and better planned.

A defining success of the Palomar material is the sense of place. References suggest the time spread between the early 1960s and a decade later, with the point subtly made that Palomar is timeless and unchanging, the remoteness and isolation breeding eccentricity. Because the place is so well defined it challenges assumptions. Set in New York would we so calmly accept a fourteen year old town siren ending up pregnant?

‘Act of Contrition’ moves forward several years and switches the primary attention to Luba and her large family, and to the complexity of relationships as Luba becomes reacquainted with an old friend. ‘The Laughing Sun’ is even more refined, and while lesser known, the collection highlight. When Jesús apparently goes mad during a blistering hot period his four childhood friends head out to the mountains to bring him home, each remembering incidents from their younger days. Part comedy, and partly underlining how nostalgia can keep very different people together, it’s a smart observational treat.

The ambiguous ‘A Little Story’ introduces the great visual of large goofy looking statues in a lake, while ‘Mystery Wen’ is an insight into Heraclio. He’s usually Palomar’s most grounded resident, but is worried about a little lump on his head. They’re slight compared with what would follow, yet each is charming.

Hallucinogenic sequences in dystopian cities and the strange Errata Stigmata are unconnected with Palomar and distinct filler in comparison.

This content was previously found in The Complete Love and Rockets Vol. 2, and ‘Heartbreak Soup’ would subsequently be incorporated into Love & Rockets: Chelo’s Burden, and then in Heartbreak Soup. It’s also in the bulky hardcover Palomar collection along with the content of Duck Feet and Blood of Palomar/Human Diastrophism.