Harley Quinn and the Gotham Girls 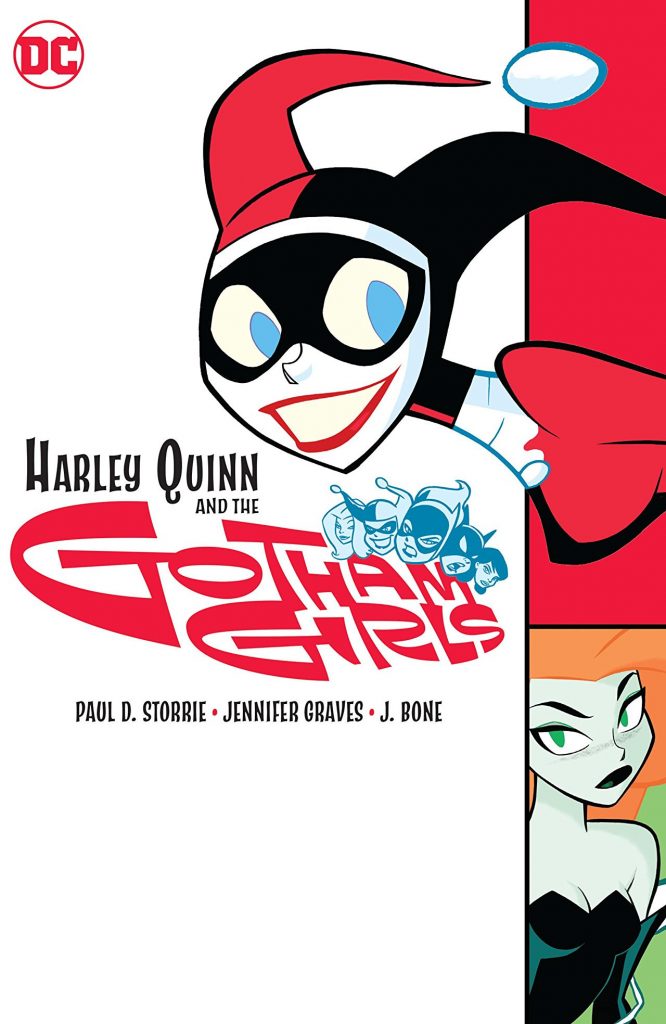 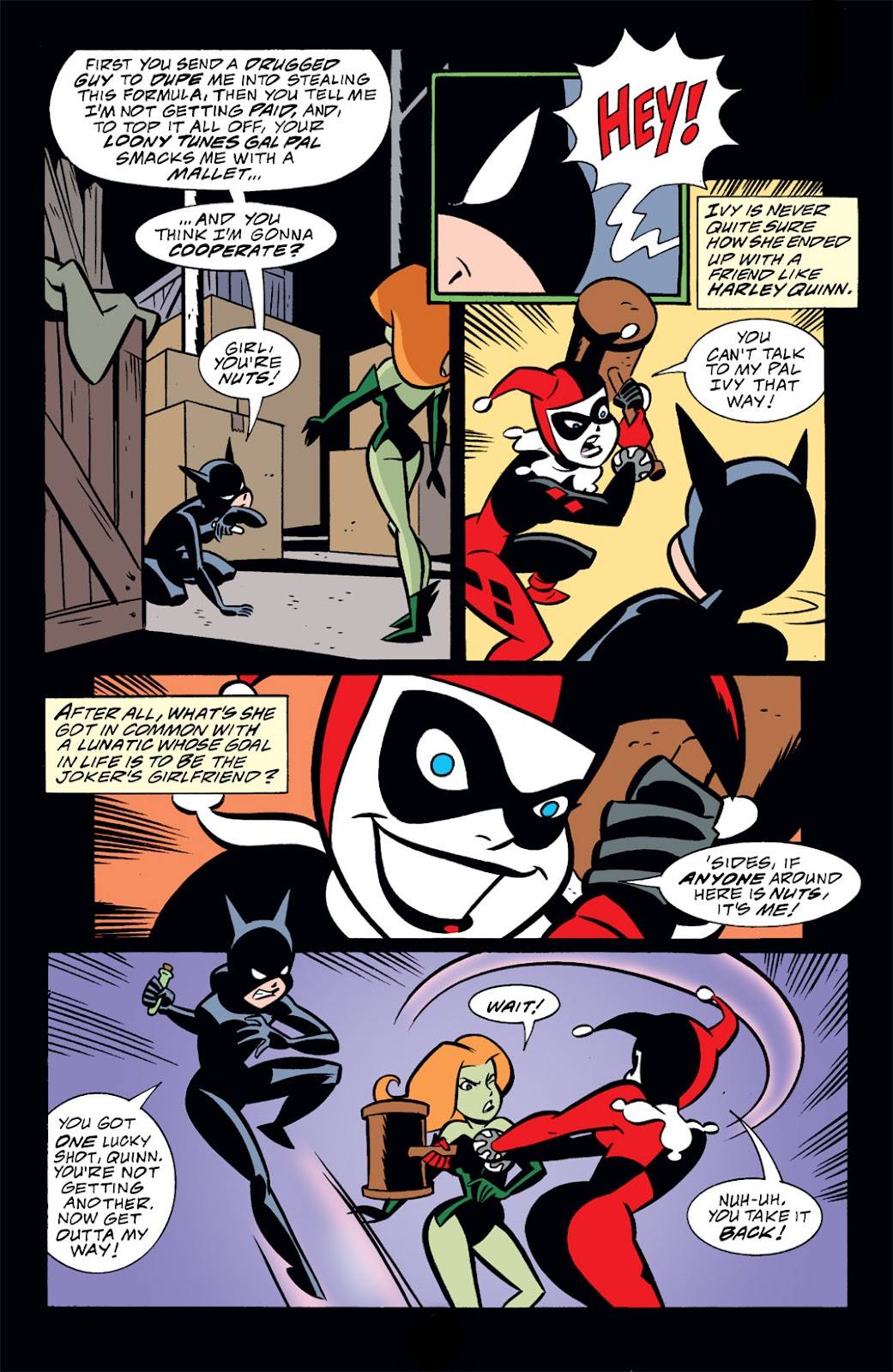 Harley Quinn wasn’t supposed to be a star… or even an actual comics character. As soon became apparent, however, the manic minx always has her own astoundingly askew and off-kilter ideas on the matter, and any other topic you could name: ethics, friendship, ordnance, coffee…

Created by Paul Dini and Bruce Timm, she was an immediate success transferring to comics from Batman: The Animated Series, but this smartly sassy romp has taken some time to appear as a graphic novel, originating in 2002 as plain Gotham Girls. That accounts for Harley actually only being one member of an ensemble cast.

Crafted by Paul D. Storrie and Jennifer Graves, the opening sees super-thief Selena Kyle undertaking a commission to steal something nasty from agricultural conglomerate Zehn Chemicals. She’s determined to open a lion sanctuary with her fee and doesn’t appreciate when the supposedly simple caper is interrupted by juvenile do-gooder Batgirl. However, as they trade kicks, punches and quips, overworked, under-appreciated and overlooked GCPD detective Renee Montoya is taking a closer look at the supposed victims and sees something dirty.

As Bat and Cat ferociously but inconclusively throw down all over town, the masterminds behind the theft make their move. It’s murderous eco-terrorist Pamela Lillian Isley bankrolling the heist, claiming benevolent motives to reclaim her own property from unscrupulous, world-endangering corporate creeps. However, because her bestest pal Harley is as erratic and excitable as ever, a potential Bat/Cat/Plant-girl/Dingbat alliance is thwarted by mutual mistrust and excessive, utterly unnecessary violence.

A riotous rollercoaster ride for kids of all ages, each chapter also deftly explores the interior life, history and motivations of successive stars – offering canny character building and definition most mature-reading tales would be proud to deliver.

Coloured by Patricia Mulvihill, lettered by Phil Felix and with additional layouts by Rick Burchett and Brad Rader, this classy, classically cops ‘n’ robbers riot plays very much like a 1940s movie chapter-play – albeit with outrageous gags, biting dialogue and a blend of black humour and bombastic action. A frantic, frenetic hoot, this is an absolute delight.