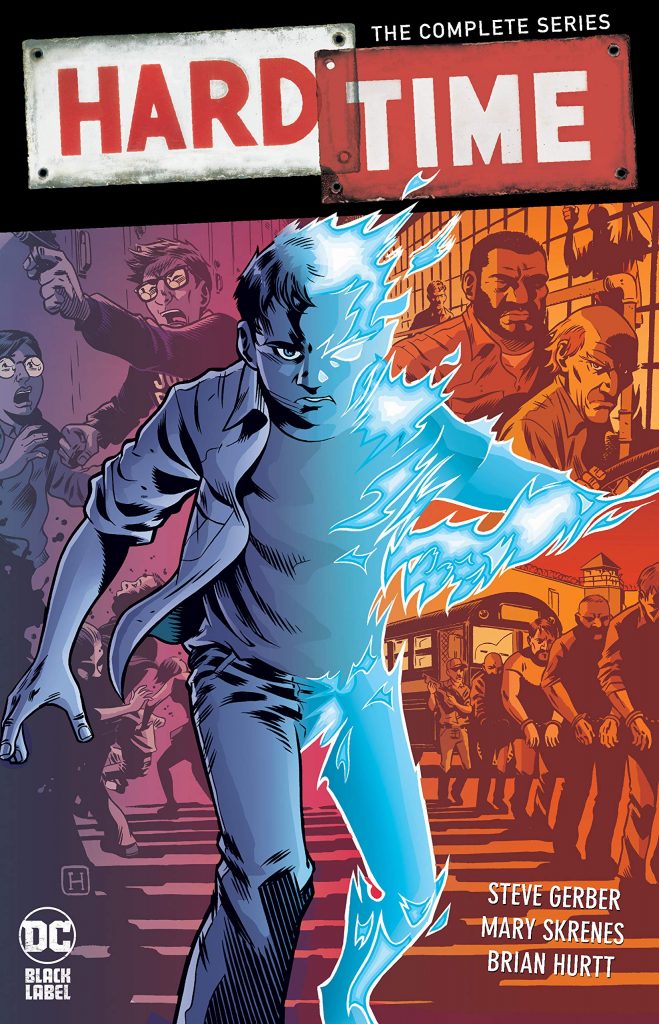 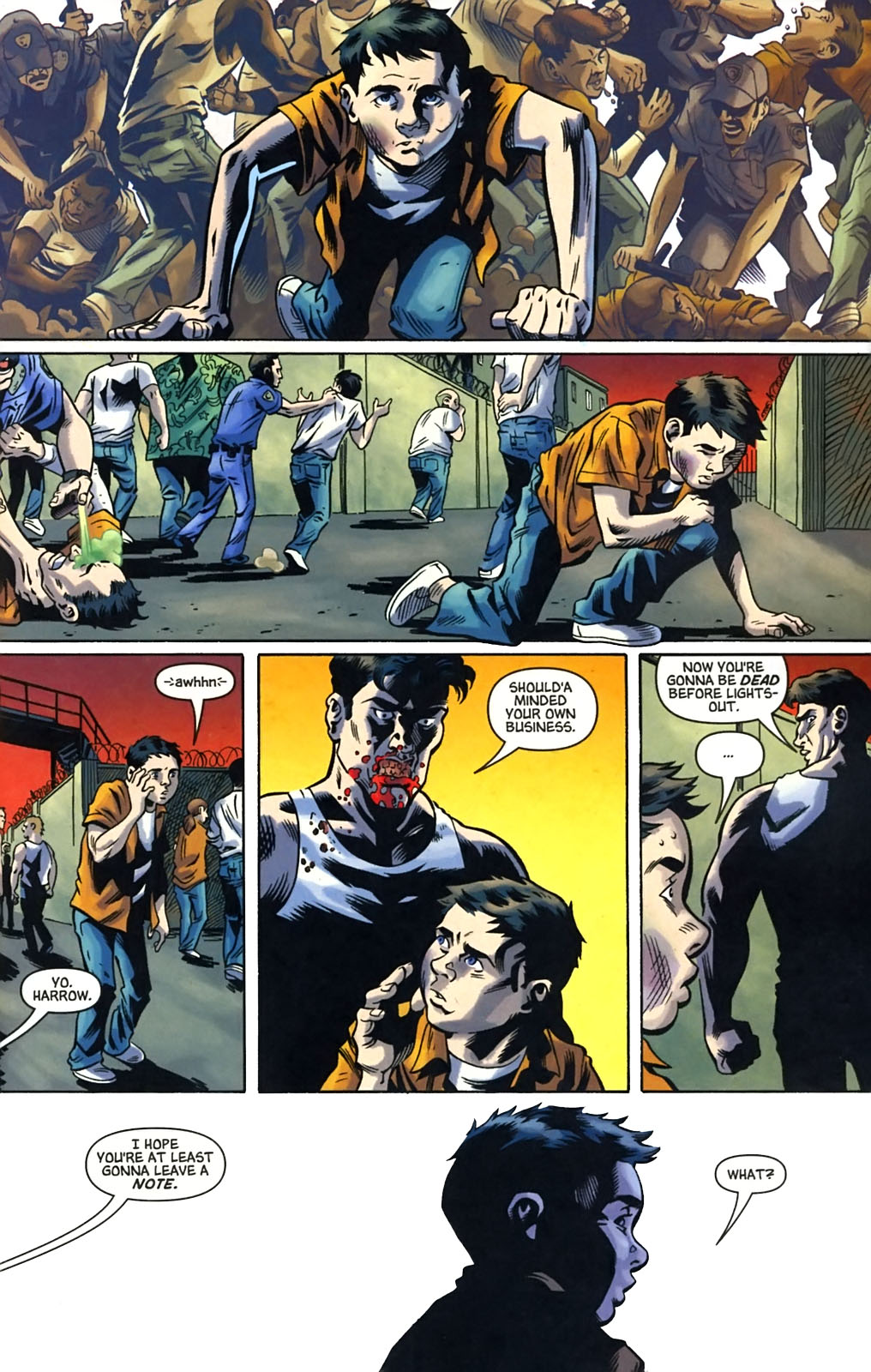 Hard Time was maverick writer Steve Gerber’s final sustained comic series, and it’s among his best, so it’s nice to see the entire run finally collected. However, it’s understandable that anyone who’s invested in two previous volumes isn’t going to be overjoyed at buying that content again to have the final seven chapters in book form.

Gerber distils his social conscience into an eminently readable narrative with a sympathetic lead character. Ethan Harrow is one of a pair of kids who’re perpetual targets of school jocks. With guns they raid their school, planing to instil in their tormentors the same fear and dread they experience daily. Unfortunately for Ethan, his colleague’s gun isn’t loaded with blanks, and it’s Ethan who carries the can, sentenced to life imprisonment in an adult institution despite being fifteen.

There’s a constant lack of predictability about Hard Time, as there is to most Gerber stories. Just when it seems he’s writing in full social activist mode, damning the legal system and the prison system, Gerber throws in the weirdness. This is a psychic manifestation of Ethan’s inner rage, a spirit not confined by prison walls and enough to ensure the sharks infesting the prison leave Ethan largely untouched as he builds an eccentric circle of inmate friends. There’s a neat attention to character both on the part of Gerber and co-writer Mary Skrenes and that of intuitive artist Brian Hurtt, well suited to the discipline of the more ordinary conversational drama, yet able to convey the strangeness and terror.

Two-thirds of the series was previously issued as 50 to Life and Sixteen. Follow the links for more detailed information about the plots before the final third is reached. As individual comics that was referred to as Season Two. If not a hardened inmate, by this stage Ethan is at least aware. He’s also built up a relationship with his cellmate’s granddaughter Red, and the newly reprinted stories begin with the hope of a new trial for Ethan, and the revelation of the daily torment he endured before bringing a gun to school. The first chapter ends with a neat quip about how high school has prepared Ethan for life.

New inmates are introduced, but otherwise it’s the same deft drama supplied over the earlier content. We learn more about the pasts of other inmates, Cindy’s being especially harrowingly crafted, and it wouldn’t be a Gerber story without some metaphysical intrusion along the way. Ethan’s inner spirit, the Khe-Chara, becomes more central to events rather than slipping into the comfort of a convenient protective system, and there’s the beginnings of an exploration as to what it is, and why it’s connected to Ethan. Skrenes and Gerber obviously had more to say about that, but Hard Times was cancelled before everything played out. However, as it wasn’t connected to the DC Universe there would have been no other place to complete Ethan’s story, so with an unusual respect for creators and readers, a final chapter wraps things up. This is not a conventional wrap-up by any means, imaginatively set 49 years in the future looking at events in hindsight while playing with future technology.

Hard Time is a drama that starts strongly and maintains the quality throughout, never slipping from its plateau. It’s engaging, constantly raises thoughtful points, and Hurtt is willing to sacrifice flash technique to ensure the story works on all levels. It all makes for a welcome and desirable repackaging.