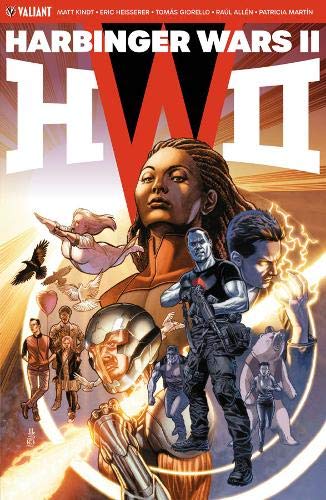 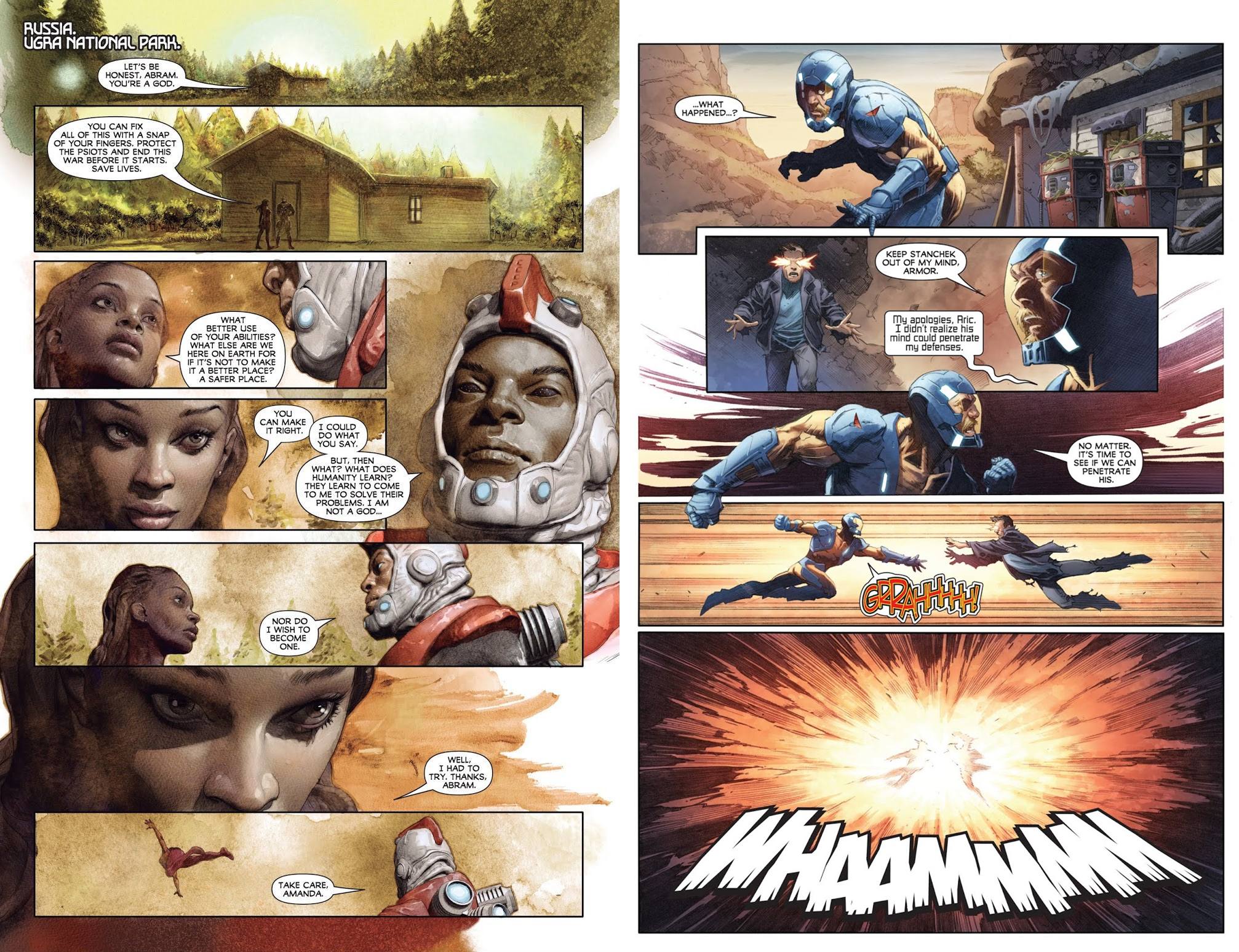 Don’t worry if you’re not greatly familiar with the Valiant line, or if you’ve not read the first Harbinger Wars. This isn’t really connected beyond the title and the participants, and Matt Kindt ensures it reads well as a standalone thriller offering plenty of surprises. Amanda McKee or Livewire has a complicated back story that’s seen her involved with numerous Valiant heroes, most prominently as a member of Unity, where her true psychic potential was unleashed. In terms that Valiant aren’t allowed to use, she’s an equivalent of Professor X. In a society where Psoits (read mutants) are now open season for national security forces, and attempts are once again being made to deceive her, she takes the decision to cut off almost all power in the USA.

It’s not difficult to connect Matt Kindt’s plot with a number of real world problems in the 21st century’s second decade. Constant demonising and perpetuating a climate of fear are top of the agenda. “How many of them exist?”, a news report asks, “Your neighbour could be a Psiot, your best friend. Your child.” The tone is too lurid for what’s meant to be the BBC, but the message is clear, protection as the authorities see it requires sacrificing freedom. As the conflict escalates, the question becomes whether either side will be able to call a halt to it.

Raúl Allén’s delicate precision illustrates the prologue, and Adam Polina’s action style is seen on the epilogue, both producing solid pages, but it’s Tomás Giorello and Renato Guedes who handle the main story so beautifully. Guedes deals in realism, concentrating on portraits as per the left sample art, while Giorello’s more graphic methods cope with the action sequences. While different, there’s never any feeling of clash about the art, which is cemented by the consistent colour work of Diego Rodriguez.

Any superhero fan who’s not sampled what Valiant have to offer should find Harbinger Wars 2 an enjoyable method of dipping their toes in the water. Kindt explains everything needed, and while Livewire sets everything in motion, Bloodshot, Faith, Ninjak and X-O are the Valiant headliners involved, and Peter Stanchek features in one great confrontation scanning back through the career of career military man Major Palmer. All of them are connected to the theme running through Harbinger Wars 2, which is perception, and it results in some shifting ground, smartly exploited. If in the end it doesn’t change things as much as the back cover blurb suggests, Harbinger Wars 2 is thrilling from cover to cover, and that’s more than good enough.