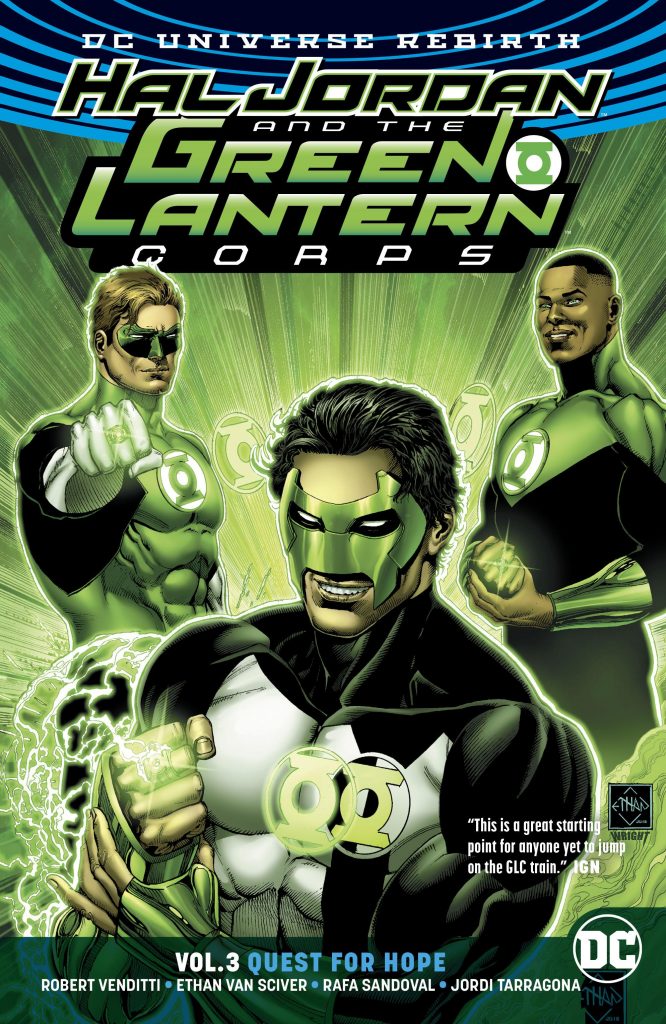 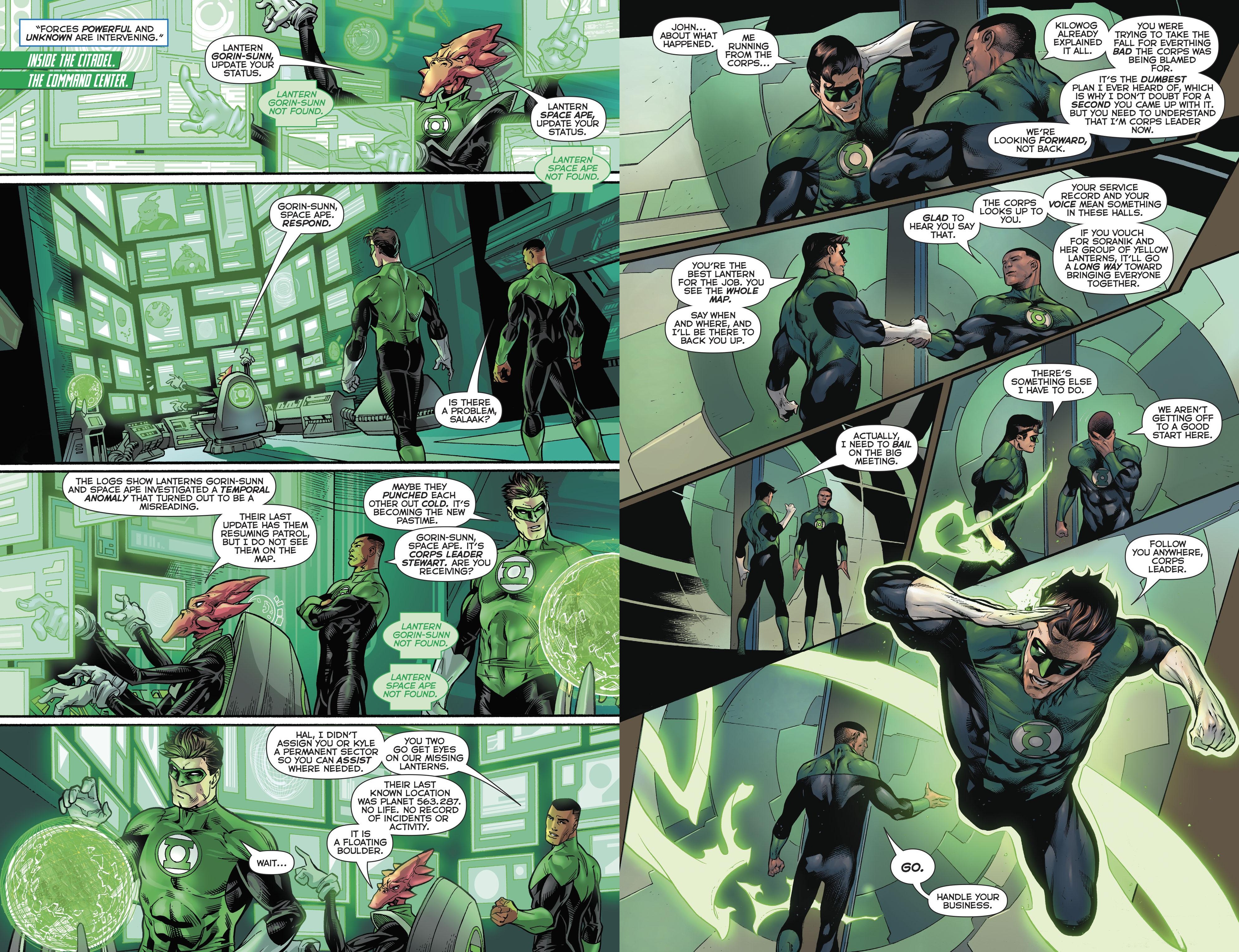 The title may be Hal Jordan and the Green Lantern Corps, but until now there’s been little unity beyond it. Robert Venditti’s chosen method of telling stories has been to have Jordan occasionally checking in between solo missions, and switching between those and what the Corps are doing. In the latter’s case, after the events of Bottled Light, a decision has been taken that Soranik’s Yellow Lanterns will aid the Green Lanterns in their peacekeeping missions, and those Yellow Lanterns still rogue will be hunted and given the choice of getting with the programme or doing time. Not all of them see those choices as the only option.

‘Quest for Hope’ is the title story, but the collection combines that with ‘The Prism of Time’. In both Venditti emphasises the universal nature of the Green Lantern Corps, keeping them in space so the wonder is high, rather than dropping back to earth to prevent Sonar from robbing a convenience store. The first story distils the reluctance of the rogue Yellow Lanterns to accept the new order into a single battle, while offering glimpses in passing of the more prominent alternative members. It’s incredibly brutal, and as illustrated by Ethan Van Sciver, perhaps more gruesome than might be expected in a standard superhero title. After that, the plot concerns what’s happened to the Green Lanterns thirty years in the future, when some time anomaly seems to have removed them altogether. Venditti’s reason for that is clever, and ties into what’s happening in the present day. While his plots are well constructed, the dialogue doesn’t always ring true, especially the trivial tone applied to Kyle Rayner, whose jokes and comments frequently come across as forced. Rayner goes through a lot in Quest for Hope, and there’s more button-pushing melodrama about his character than others.

Again, the artist keeps switching. After a very impressive first outing in Bottled Light, V Ken Marion (sample art) doesn’t have the same time available to illustrate three of the four ‘Prism of Time’ chapters, and while his layouts are still strong, there’s nothing like the depth of detail seen previously. Rafa Sandoval and Van Sciver alternate on the remaining art, with the latter more refined, but both often producing cluttered pages to incorporate all the necessary characters. Of note on Sandoval’s part is a spread featuring Rayner saving the day.

Venditti restores even more of the way things were, but Hal Jordan and the Green Lantern Corps falls well short of the inventive heights of Geoff Johns’ Green Lantern run. However, it continues to be crowd pleasing superhero space opera, and Fracture is next.