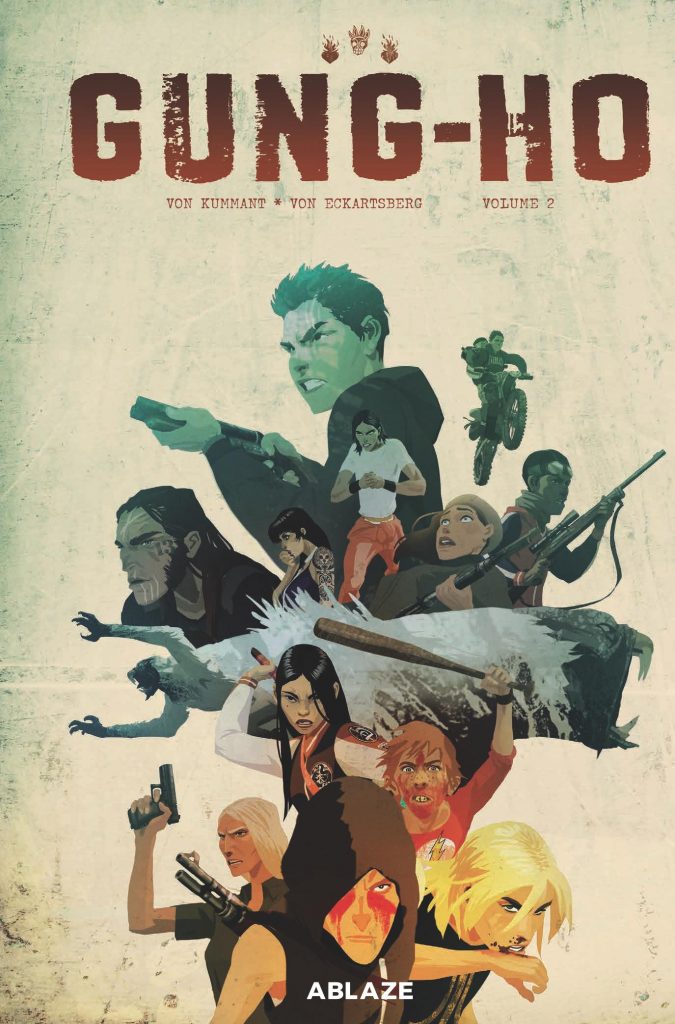 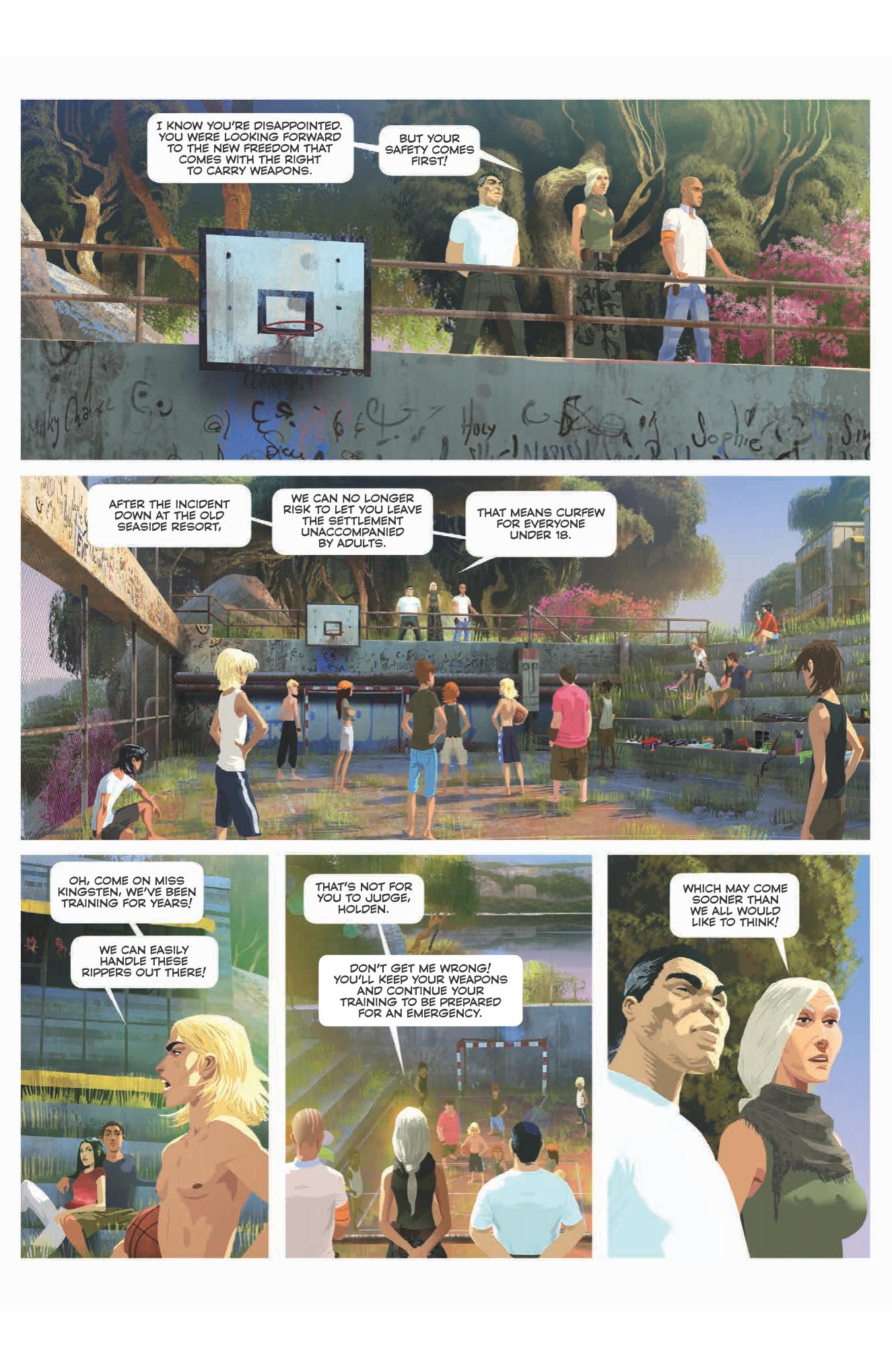 The world of Gung-Ho is that of the near future where humanity in Europe has been reduced to small communities, such as the remote, walled hilltop site of Fort Apache introduced in Volume 1. The concentration is on the teenage inhabitants, expected to learn how to protect themselves and others from savage, ape-like creatures referred to as Rippers. Already leading a precarious existence, matters related in the first volume mean that supplies will be even more restricted, with the loss of weapons and ammunition a concern.

As before, this is largely well produced teenage drama, with one of writer Benjamin von Eckartsberg’s strengths being able to present opposing views in the context of that, neither of which are necessarily right or wrong. Differences of opinion are key to the drama, both between the primary teenage cast, and between them and the adults concerned with keeping the entire community safe. That leads to an appalling decision shaping the opening story, yet the clever aspect is von Eckartsberg ensuring readers realise the bigger picture.

Once again, for all the dramatic skills, the first and major impression is made by Thomas von Kummant’s exceptional art. The sheer amount of detail packed into even relatively ordinary panels is lavish. With the exceptions of close-ups, there’s not a single panel where he doesn’t provide a full background, be it internal or external, extending to perfectly drawn plastic chairs around a cafe table. This attention to detail produces a form of hyper-reality where even the anomalies seem completely real, and it’s because the art is so thorough that Gung-Ho is completely believable. The writing feeds into that, with the frequent use of scrambling bikes presenting great visual possibilities and a fantastic chase sequence. The one thing that doesn’t quite convince is the constant flatness of Fort Apache’s day to day scenes, when it’s been shown to be on a steep hill.

This hardcover packages what were issued in Europe as the third and fourth Gung-Ho graphic novels, a connected pair meaning English language readers avoid the hanging suspense of the mission beginning as ‘Sexy Beast’ finishes. It’s von Eckartsberg shifting the ground by pulling the teenagers out of the compound and into the wild, where for all their confidence one mistake could end their lives. As he’s already shown himself not attached to the cast, there’s considerable suspense, and von Eckartsberg takes the opportunity to briefly consider Archer and Zack’s past, and mentions in passing how the world we’re reading about came to be. “They bred the Rippers in secret research labs and let them loose on us” is one theory. That’s just the appetiser, though. An aspect of Gung-Ho that could be stronger has been too few surprises, something emphatically rectified in the second story, ‘Anger’. The title just about sums up the mood, with the youngsters not prepared to tolerate the compromises and injustices that keep Apache Fort sustainable. It’s a thriller from beginning to end, the only disappointment being the ending is a cliffhanger, and as only one further volume is out in Europe as of writing, it could be some time before that’s resolved in English.